Words & Photography by Stephanie Yoder
For the next several months we are welcoming guest bloggers to our site (because of this). I’m so happy to have this beautiful post by Steph, and have already decided that I am inviting myself on her third trip to Japan. ~ Dalene

It was around 3pm that I realized I wasn’t going to make it. The sun was beating down (the hottest day in a mostly rainy and chilly March) and there wasn’t enough water in the world to keep me hydrated as we marched towards yet another looming orange torii gate. My back ached like I was 71, not 31. I started to feel a little light-headed.I wanted to keep going so badly. We only had one full day to sightsee in Kyoto. If you’ve ever been to Kyoto you know you absolutely can not see it in a single day. Japan’s cultural epicenter has hundreds of gorgeous shrines, temples and parks, any one of which would be the number one attraction in a lesser city. Even if you manage to trim down to a top “must-see” list and you’ve still got minimum a dozen attractions spread far and wide across the city.

There was so much to see and so far to walk. Sure we could have cut some corners with bus rides but Mike and I have always loved to rack up the steps on our Fitbits while we explore unknown streets. Unfortunately our normal sightseeing approach was failing me now for one very simple reason:

I was 18 weeks pregnant.

Japan’s cultural epicenter has hundreds of gorgeous shrines, temples and parks, any one of which would be the number one attraction in a lesser city. 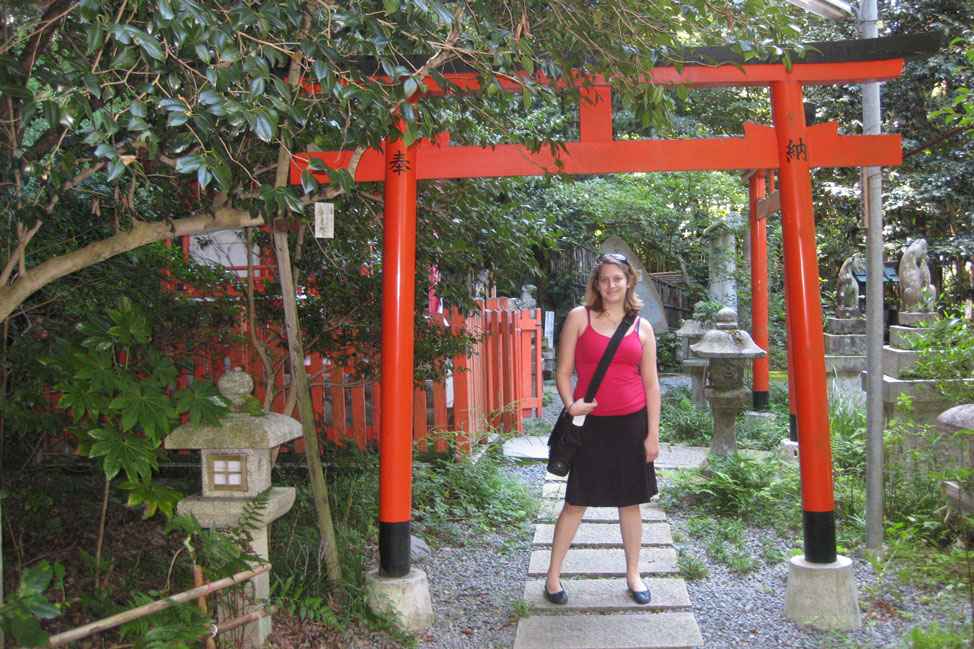 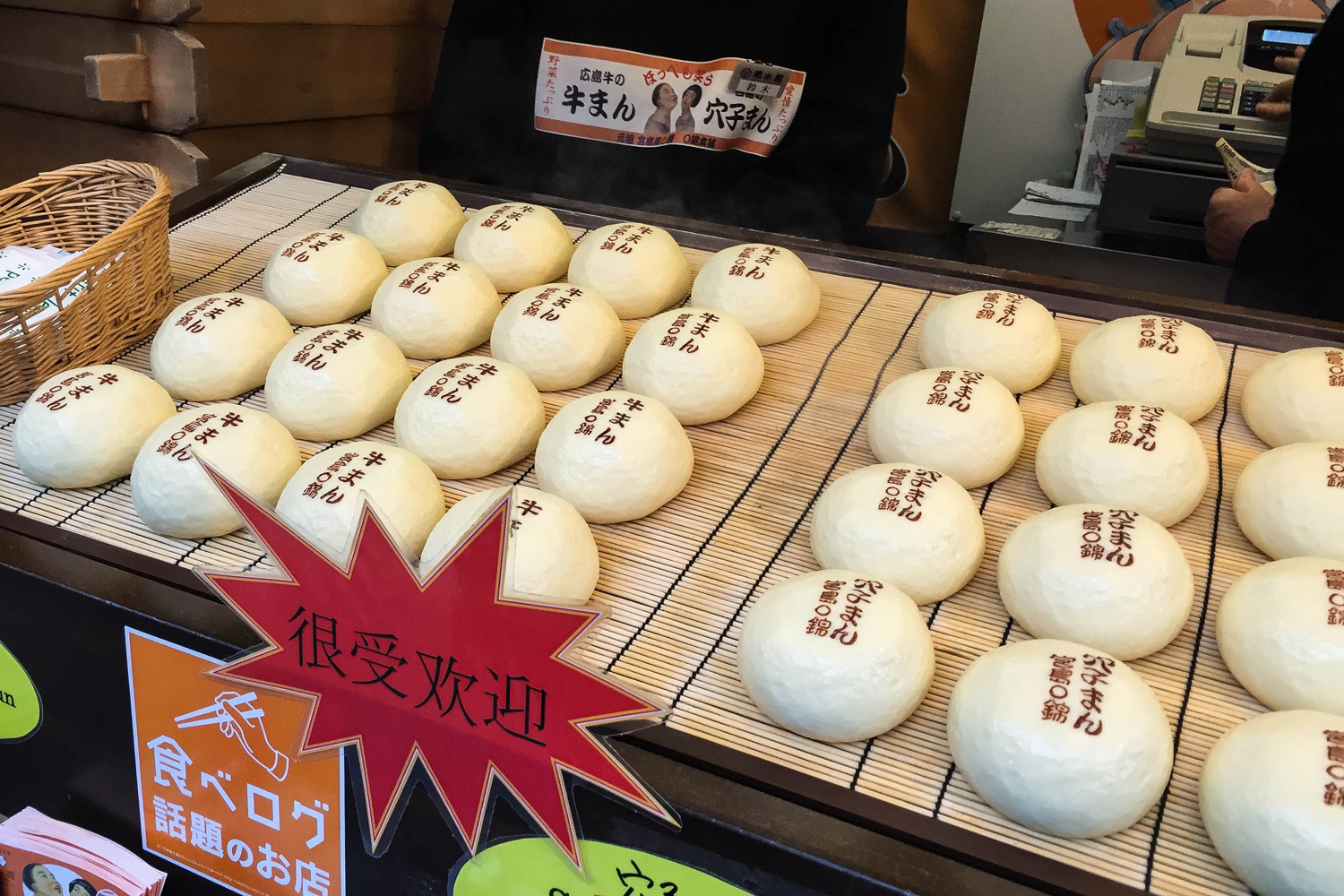 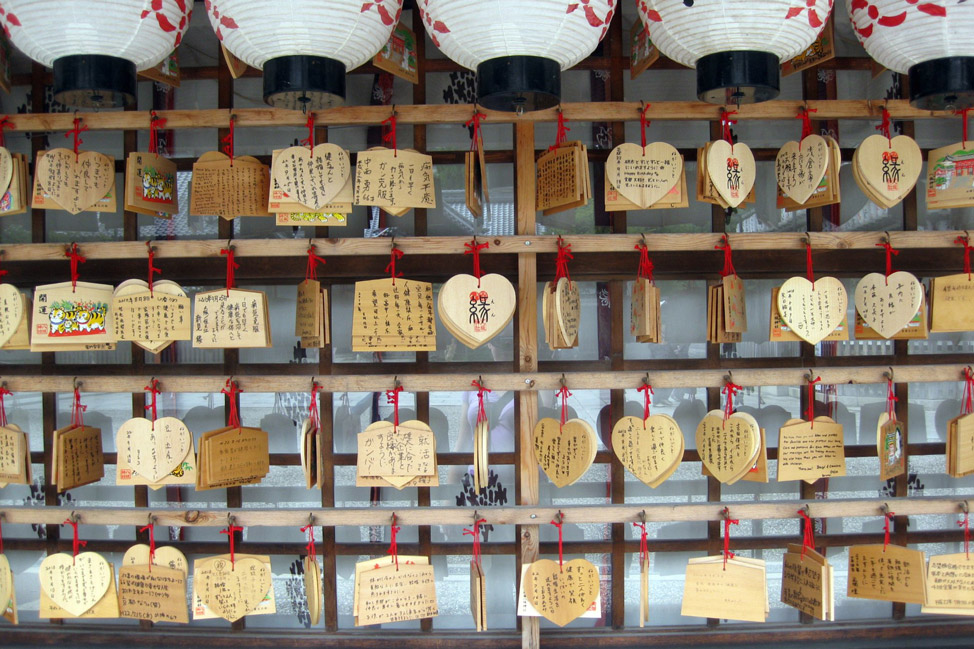 The first time I visited Kyoto, six years prior, I was less than a week into a year long, round the world backpacking trip. I was still shaking off the jetlag, still getting used to the idea of traveling alone in a foreign country. I’d never been to Asia before. I was single, solo and newly unemployed.I remember ambling down the Philosopher’s Walk, a footpath along a pretty canal that passes through dozens of interesting temples and shrines. I stopped here and there to poke around, take some pictures, marvel at the beauty of the ancient city. The sensation of navigating through a new country completely on my own made me feel more alone than I had ever been, but in an exciting way.

Now, I was never alone. Tucked inside me, the soon-to-be-baby was my constant companion. Shrimpie (the un-named baby we didn’t yet know was a she), had only existed for 18 weeks, but was already doing a bang-up job of throwing my whole life out of whack. All of a sudden I cried at commercials, fell apart after missing a single meal, and needed an afternoon nap every single day.

My husband was there too, and thank goodness for that. All of a sudden I needed Mike more than ever. I needed him to carry my travel backpack because even a slight amount of weight was enough to throw my stressed back out of kilter. I needed him to rub my calves when they stated to swell from too much walking. I needed him to take charge and find us dinner when I was melting down from hunger.

And I needed him to tell me it was OK if we didn’t finish sightseeing this afternoon and went home for a nap instead.

The baby had only existed for 18 weeks, but was already doing a bang-up job of throwing my whole life out of whack. 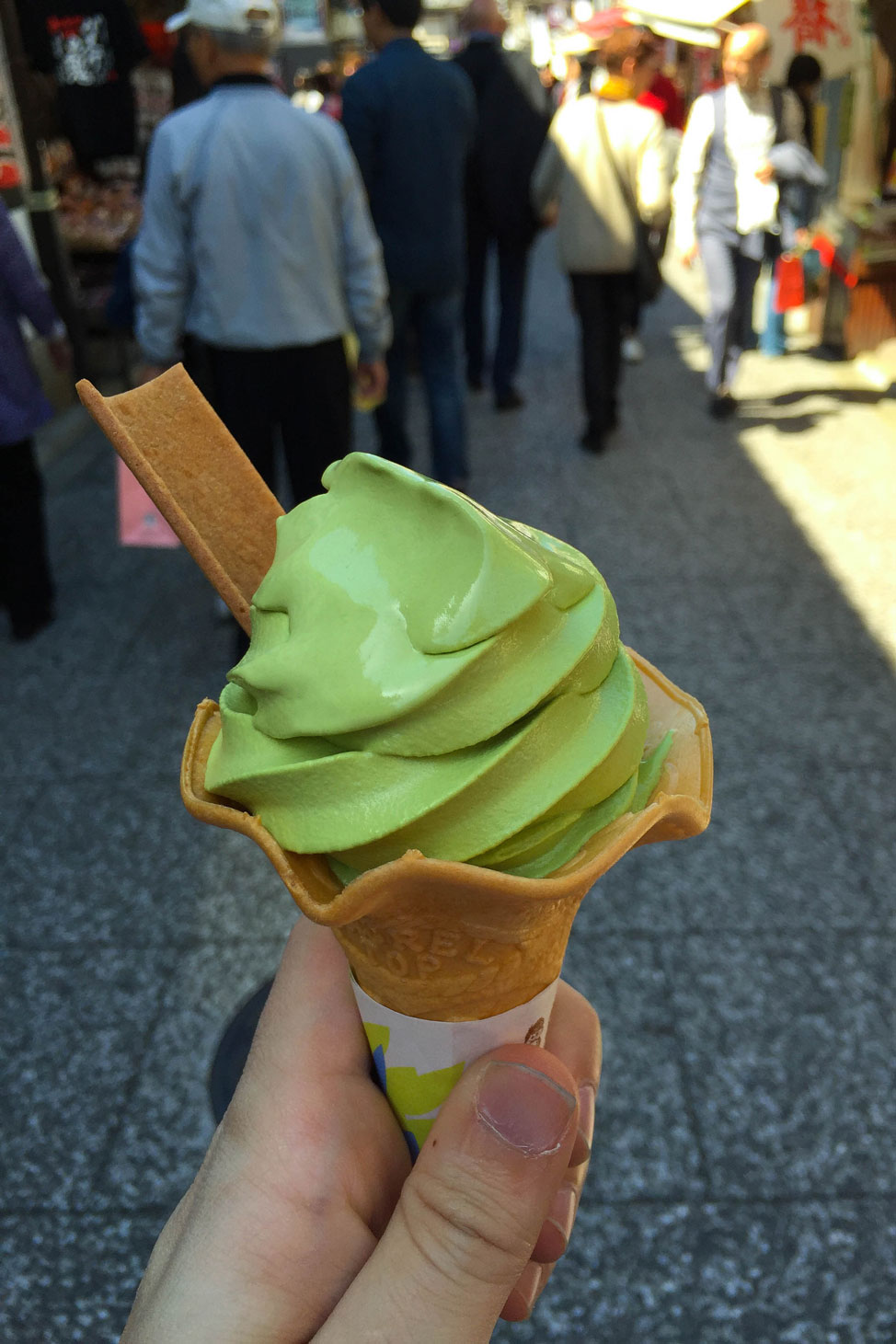 This Japan trip was our babymoon- one last hurrah before the baby changed everything about our lives and travel style. Clearly however, Shrimpie was already making her presence impossible to ignore.

We had started out strong that morning, at the beautiful Kiyomizu Temple, with it’s stunning views of the city. The cherry blossoms were just starting to peek out and everywhere pretty girls in rented kimonos posed in front of picturesque vistas. We bought a charm that promised a “safe and healthy labor” and took our requisite baby bump picture, although truthfully the bump looked more like a big lunch than a baby at this point. 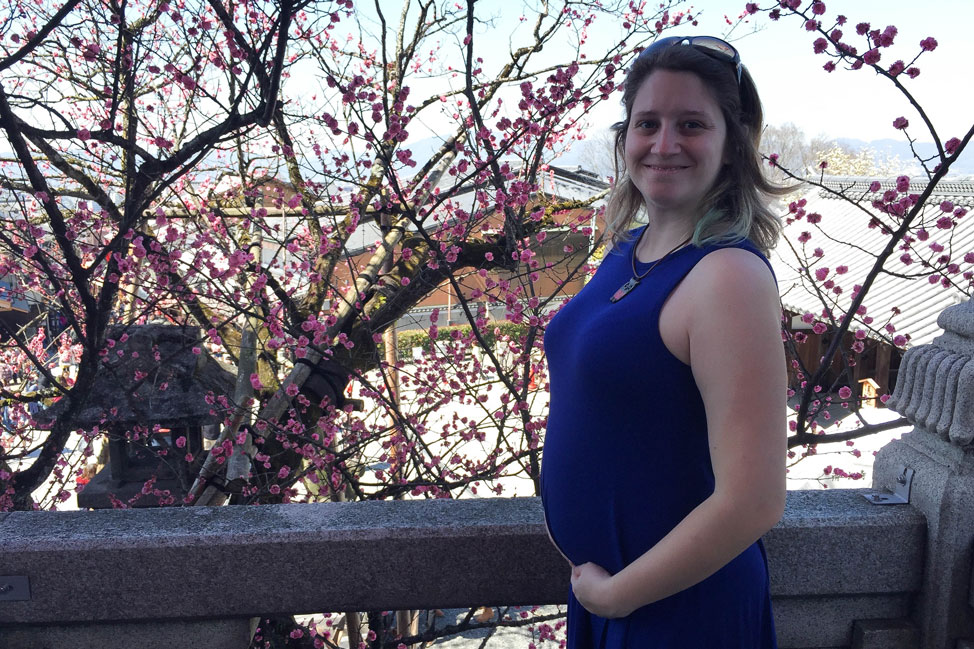 Then we’d wound our way through half a dozen shrines, parks and temples, stopping for the occasional green tea ice cream, water break, or bench stop to rest my ever aching feet. Shrimpie weighed less than a baseball but her physical effects were enormous. As much as I wanted to keep the party going I could feel my energy seeping away faster and faster.Going home early was a blow to my pride and my ego. Physically I was pregnant but I was still Stephanie, and Stephanie was the kind of girl who walked around town until her feet felt numb. Desperately needing an afternoon nap was just another sign that everything: my body, my life, my travel style, was changing, and fast.

Sometimes that felt like a bitter pill to swallow, but as I let Mike lead me back to the bus that would take us to our AirBNB, I reminded myself that change could be good too. I like seeing all the sights, but truthfully: I also really like taking naps. I love wandering aimlessly for hours, but I also love stopping for all the snacks. I may love solo travel, but I also love exploring the world with people I love.

We’d catch all the sights we missed another time. Maybe on my third trip to Japan, this time as a true family of three.

I may love solo travel, but I also love exploring the world with people I love. 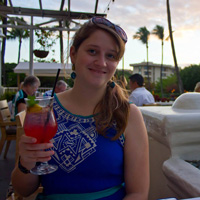 Stephanie Yoder is a girl who can’t sit still! She writes about Millennial travel, in all of it’s incarnations, on Twenty-Something Travel.
Norwegian Road Trip: Finding Our Own Fjord Postcards From Russia
SHARE 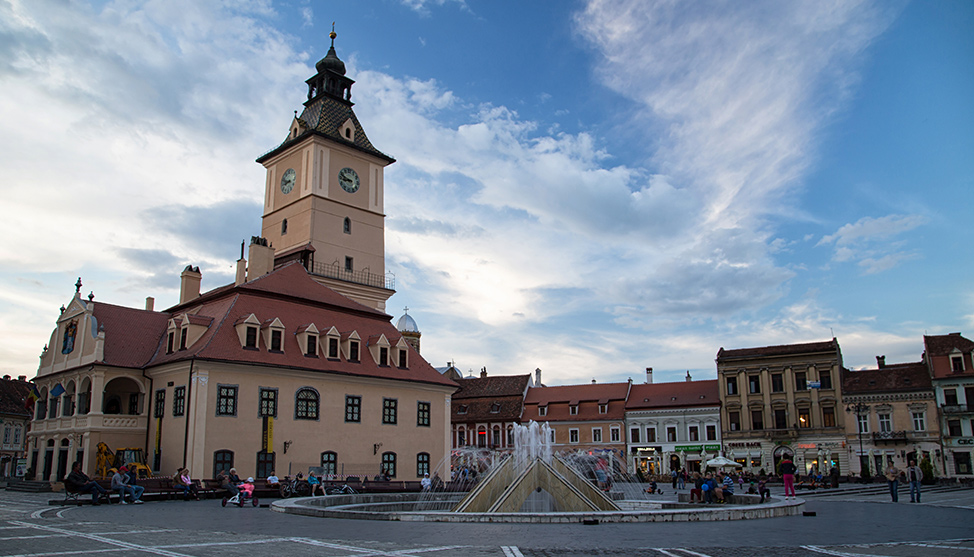 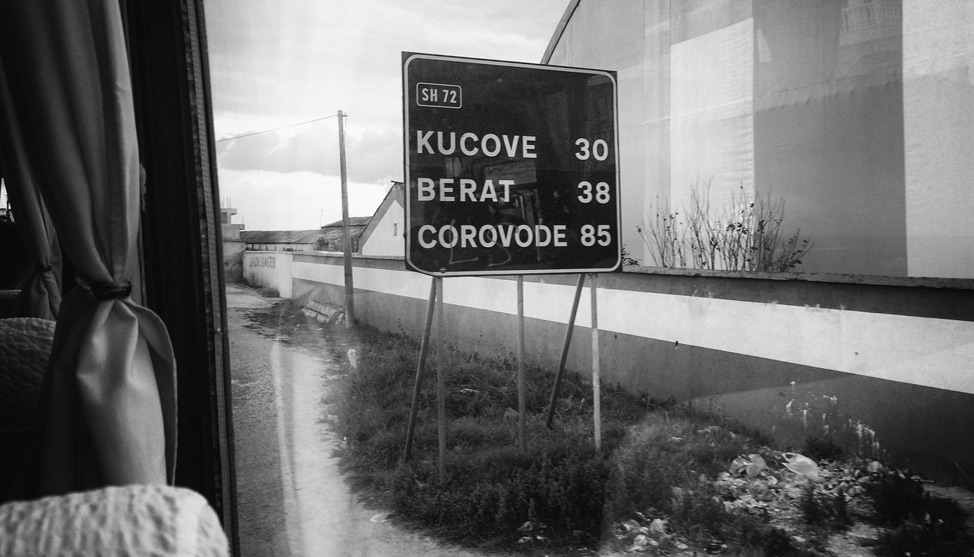