Flashback to 2009 and our good friend Scott, who at the time was the Executive Chef at The River Cafe in Calgary, invited me into the kitchen to see what it was like behind the scenes of a restaurant. Despite how terrified I initially was to cause any sort of distraction in the kitchen of one of the top restaurants in Calgary, that night was exhilarating. Scott and his crew taught me how to make teriyaki sauce from scratch, how to peel an octopus and grill it to perfection, how to hold a knife properly, and so much more. 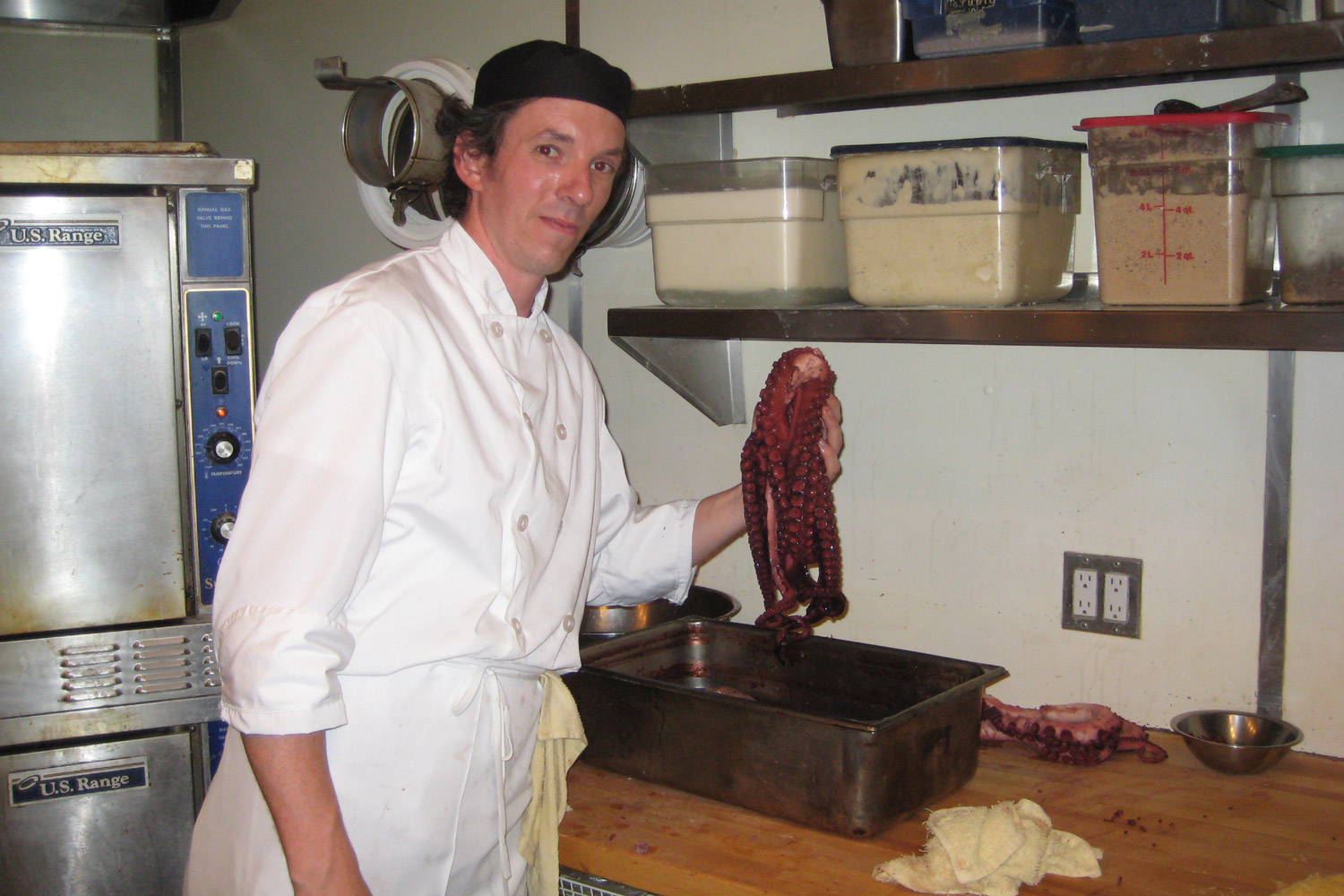 I’ll always remember that night. For one, it reassured me that I never want to ever work in restaurant. For two, it thoroughly sparked my interest in cooking.

I find it funny that I didn’t find this out until I was in my thirties, and right at the height of our big life change. I never really knew what I wanted to do when I graduated school. I became an accountant because I liked math. I became a CMA because society told me not to stop pursuing education. I knew deep down it certainly wasn’t what I wanted.

And I realized that cooking had always just *been there*.

I grew up alongside my mother in the kitchen and I was always in the way wanting to help. That progressed into me taking home economics versus shop class in middle school. I always cooked for friends and family when they came to visit and Dalene and I both love entertaining. I did most of the cooking before we left and also when we were on the road. In fact, during our first year around South America, I had started to carry an extra bag with me, full of spices and a cheese grater and other things that were usually missing in the kitchens of the guest houses where we stayed. Dalene called it my “mobile spice rack”. 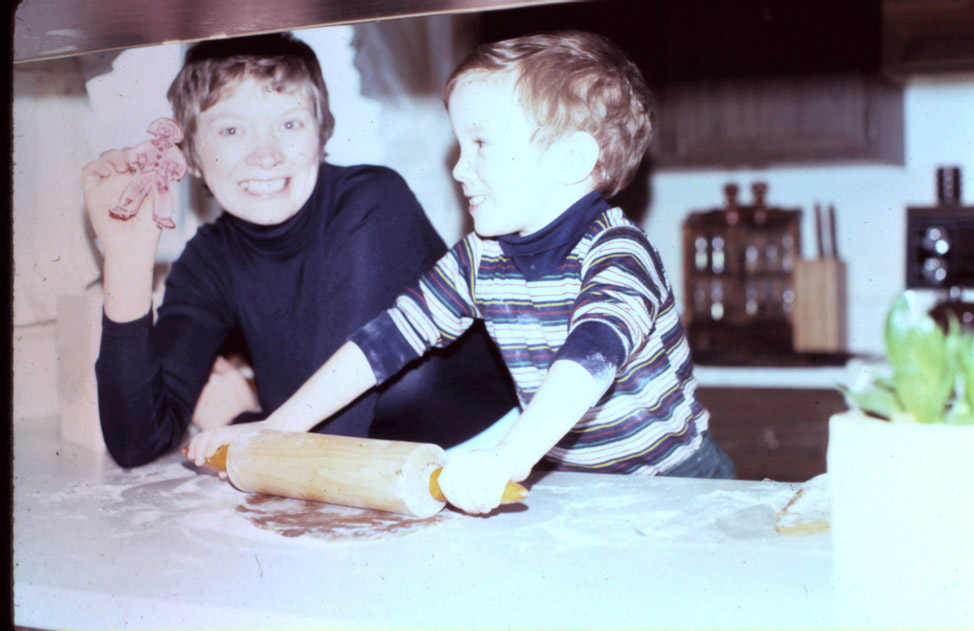 Me in the kitchen with my Mom.

Now that we’re back in Canada, my passion has been reignited further. We’ve purposely purchased a small home to combat the tendency to accumulate too much “stuff”, yet our many kitchen cupboards are almost already stuffed full. I’ve spent countless hours in *our* kitchen: cooking, baking, pickling, juicing, and so much more.

And with access to regular cable television again, we both started gravitating to cooking shows. And mainly the competitive ones: Chopped, Beat Bobby Flay, and of course MasterChef. I’ve picked up so many ideas and inspiration, that I even thought there might be a place for me among them.

MasterChef and MasterChef Canada were Dalene’s go-to binge shows throughout her cancer treatments when her energy levels would not allow her to do much else. When I’d come to bed she would typically already be asleep and the show would still be streaming on the tablet. Of course I’d finish watching the episode and see who was eliminated, all the while keeping mental notes of what they were making.

And then in August, Dalene saw the call for auditions.

Considering that our immediate future sees us residing in Canada, I took the chance and applied. Dalene, with her obvious talent for words, started crafting my application and then showed me the finalized copy before sending it in.

She was so sure I was going to make it. Not only because of my cooking abilities, but because the truth about reality shows is that they are looking for people with good stories. Our story, at the very least, has been pretty interesting. I myself was a little more reserved in my anticipation, but deep inside I thought she may be right.

Two days later the phone rang and things started to become more real. The producer I spoke to invited me to make the trip to Edmonton for the auditions.

Suddenly, I was overwhelmed with questions and the stress of competition. What would I make for the audition? And better yet, what would I have in my arsenal of recipes and ideas for all the mystery box challenges? My mind was whirling. There was no doubt that I wanted my creations to center on the foods that I have experienced around the world, but there was so much that I needed to learn and remember.

But before I got too far ahead of myself, I had to focus on the audition. Dalene and I talked through so many options but I finally settled on a very unique Turkish dessert dish named Kazandibi which is a burnt chicken pudding. I practiced numerous times and I was certain my family was getting tired of testing it. But by audition day I had finally perfected it and was very proud of what I presented. 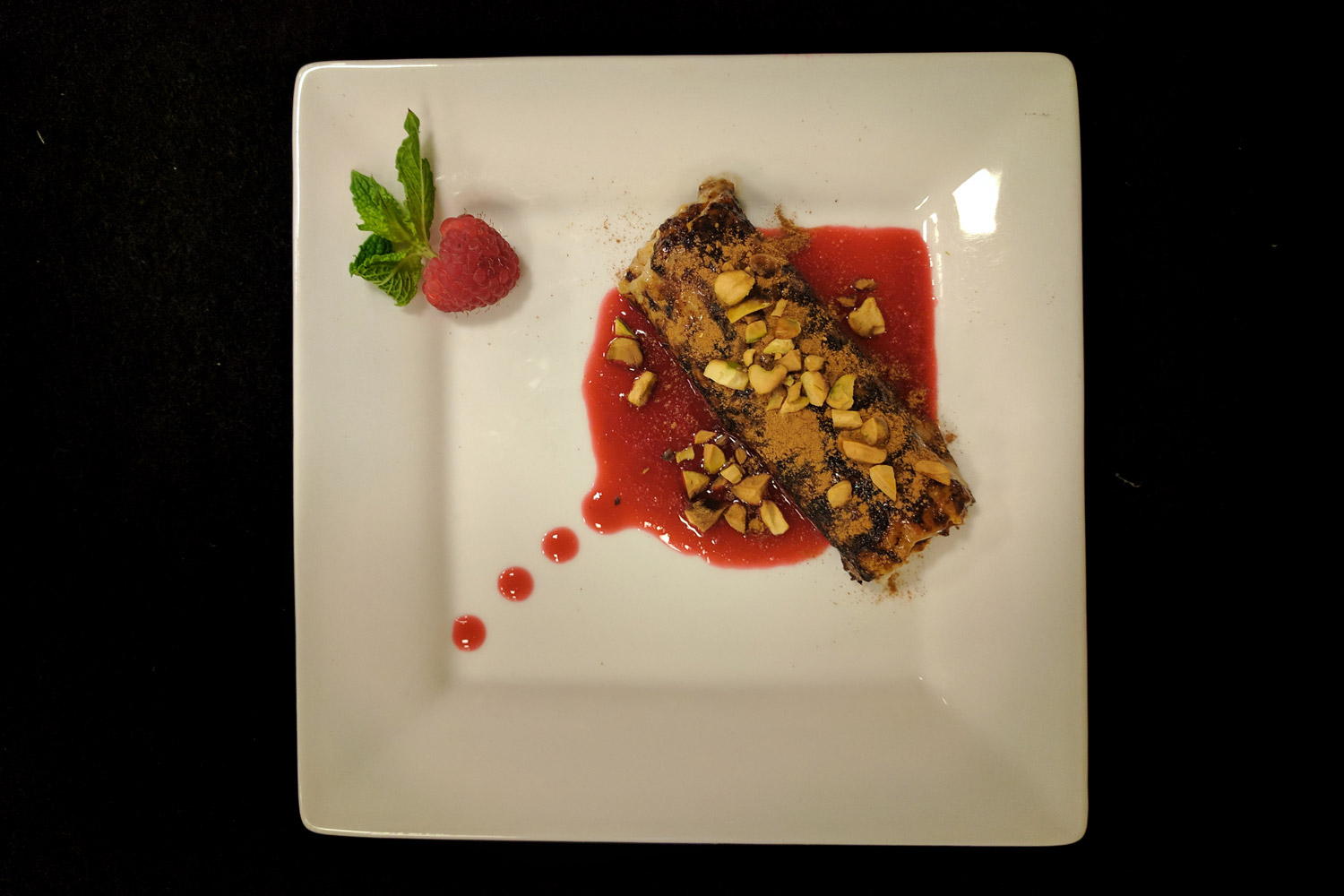 The judges and previous MasterChef contestants loved it as they had never seen anything like it. I knew I had a chance. I also went through a live on-camera audition and gave them more examples of the types of food I could create if I was selected as a contestant: moles of Oaxaca, salbutes from the Yucatan, fish amok from Cambodia, iskender kebab from Turkey, traditional pierogi from Poland, and the list went on and on. My arsenal of international cuisine was strong and so were my spirits. After the cameras shut off I was told I would hear back in approximately 3 weeks.

It was the longest and shortest three weeks ever. I started jamming as much food knowledge into my brain as possible. I binged watched old MasterChef Australia, Canada and USA episodes. I ordered cooking books including “On Food and Cooking” by Harold McGee, which is considered the food bible by most culinary experts. I started learning about the science of food and found it completely intriguing. Considering I was never a fan of science in school I all of a sudden found myself fascinated with the complexity of food.

I even met up with Scott again, and this time at the SAIT culinary campus where he is now an instructor for the culinary program. I got to spend a day in the kitchen alongside him and his students. I asked him a million questions and he answered every one.

I was ready. We all thought I was going for sure.

It wasn’t to be. An email arrived in early October saying that I wasn’t selected.

In all honesty, my first reaction was mostly relief (I even think that Dalene was more disappointed than I was). It was difficult for me to imagine being away for two months without any online connectivity (most people think this would be a blessing, but with our lives and business being majority online, the prospect was quite daunting). But then came the disappointment: there is no doubt that it would have been a once in a lifetime experience and adventure. Sure it was an honour to even be selected for the audition but the final rejection still stung a little.

But here I am, a month later, and I feel nothing now but appreciation. The whole experience has opened really a new door for me. I see food in a new way. I’m more passionate than ever about food and cooking for my family. And I’m going to continue this elevated cooking and see where it takes me. If anything I’ll have a really nice food Instagram feed. Plus Dalene and her Mom get to eat some really good food in the meantime. 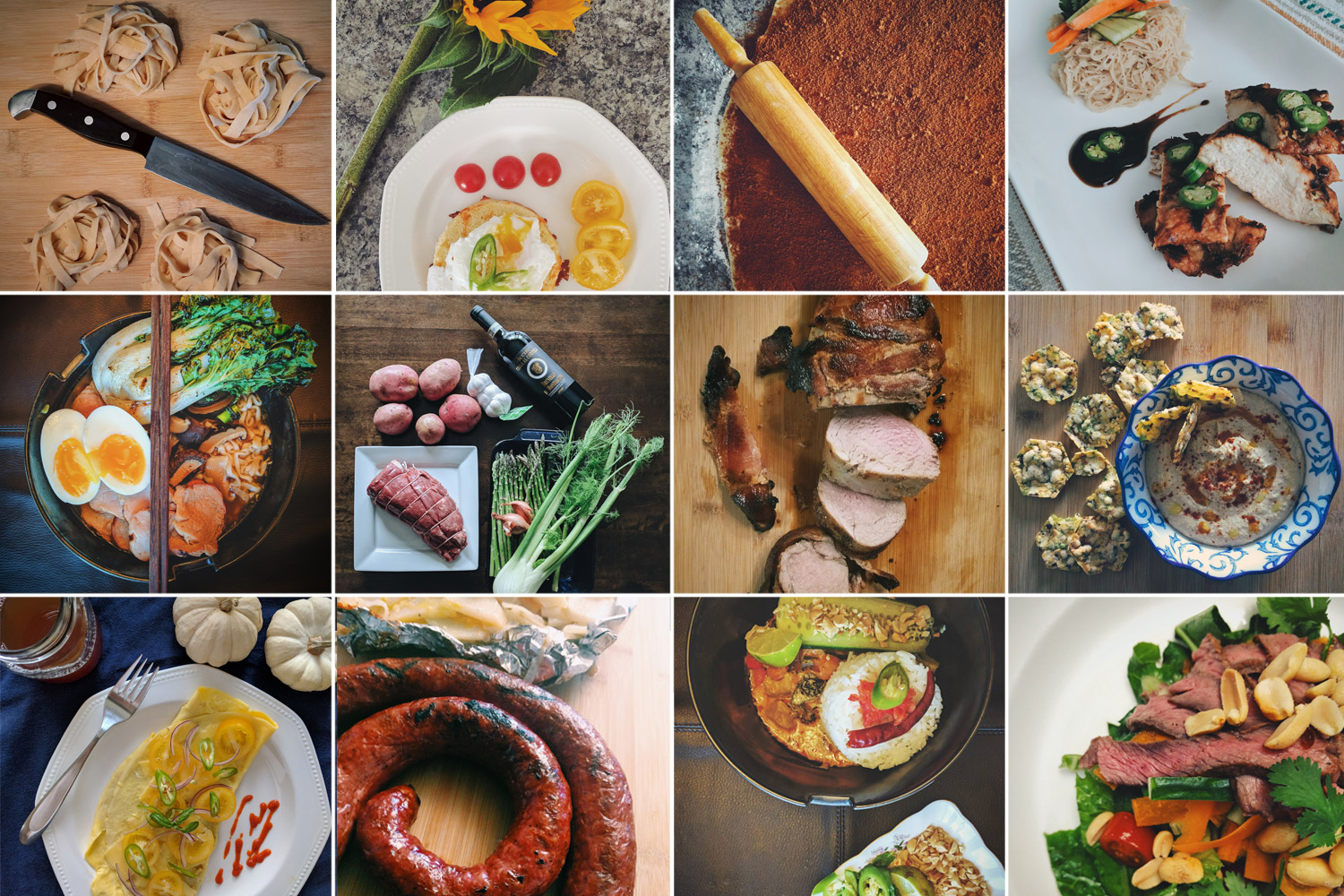 My dream of becoming Canada’s next MasterChef may have come to an end but I think something new is about to begin. 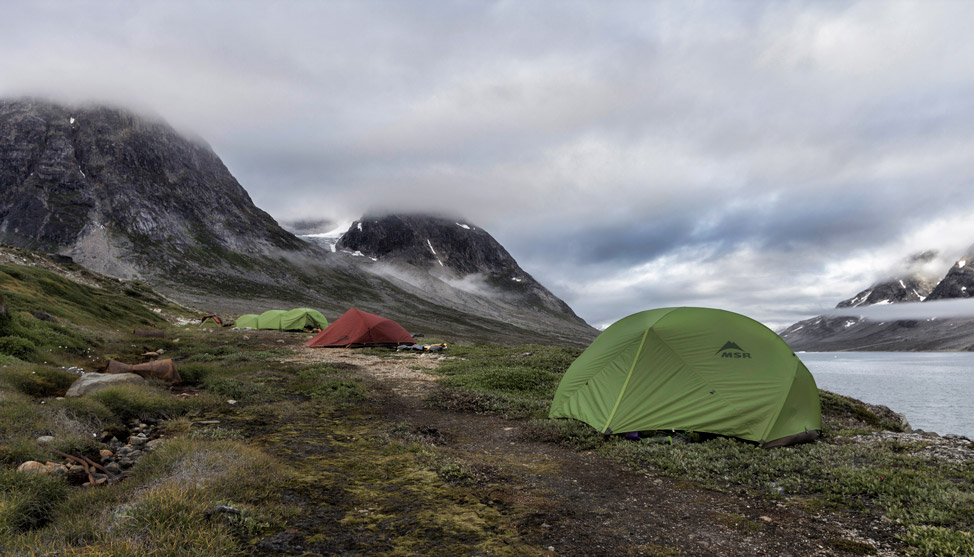 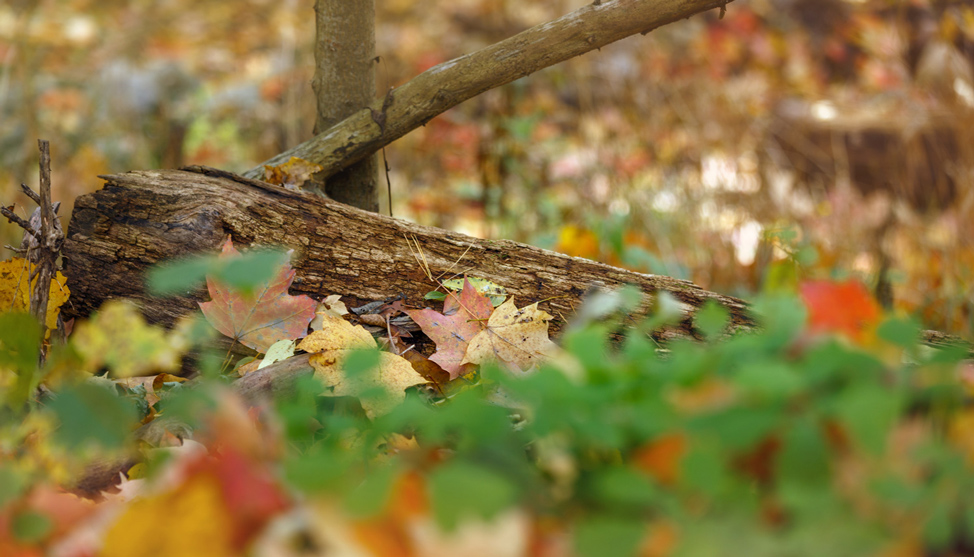