Words by Dalene Heck / Photography by Pete Heck
I’ve been desperate to use the words “cured” or “healed” for quite some time now. I am just past my three year anniversary of diagnosis, and even though medical protocol dictates I wait longer in order to be able to communicate my status in such a way, I’ve covertly been using those words anyway. With every month of clean tests, the chance of recurrence diminishes further and is currently in the very low single digits. I am still dealing with some side-effects of the trauma my body endured – troubles with my heart persist and headaches come too easily – but given the alternative, I try not to complain about those too much.

I’m here. I’m relatively healthy. I’ll take my new complications and meds and be grateful that I can carry on.

These last three years passed with so much turbulence. The lows were as dramatic as the highs. And, as with every major anniversary, I am reflective. Less on the downswings – I am optimistic by nature and I prefer not to dwell on the negative – instead I focus on all the wonderful time I’ve spent settled back in Canada with family and friends, and all the travels I’ve still been able to embark on.

And when I think of the latter, Nova Scotia stands out.

When I think of all the travels I’ve still been able to embark on, Nova Scotia stands out. 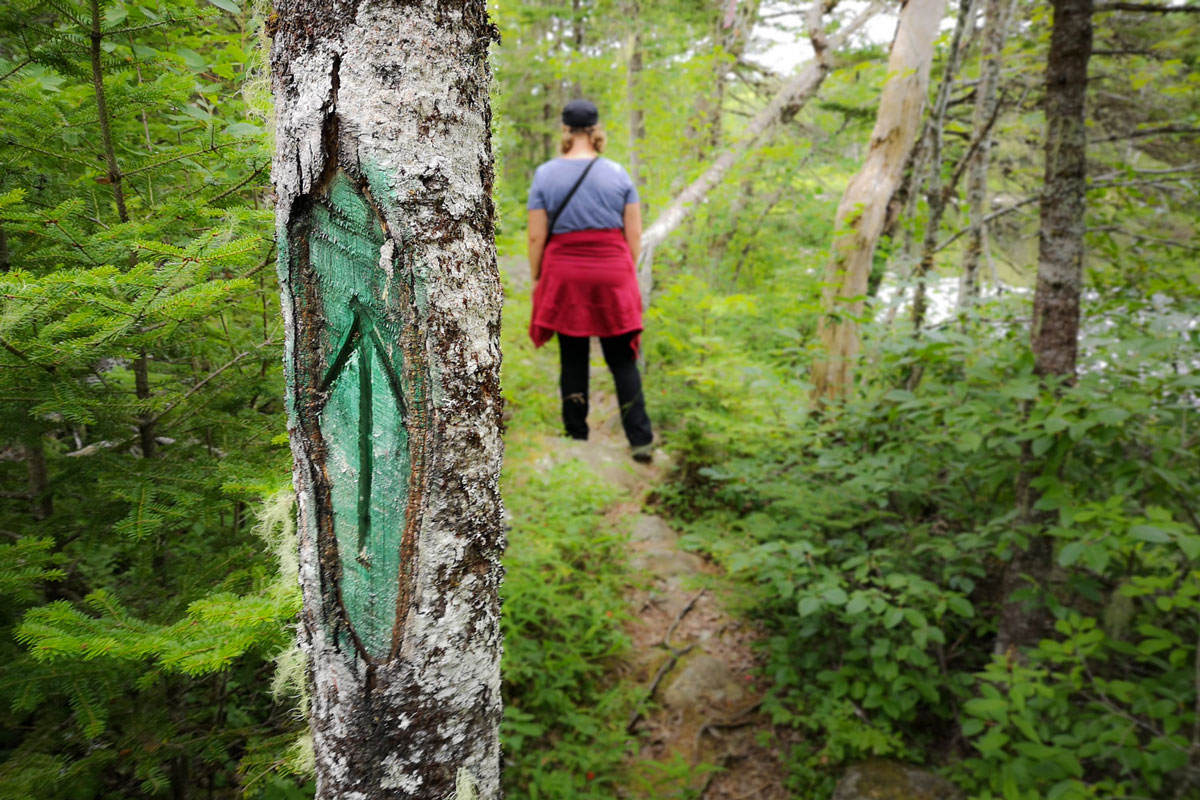 Going into the most recent trip last summer, I was tentative but ambitious. The itinerary contained several things that I was eager to try but wasn’t sure I could handle. Thankfully, every corner of the province is blanketed with alternatives. If I didn’t feel up for a hike, there was a micro-brewery to test or a beach to check out. But for whatever reason, similar to our last trip on Cape Breton Island, I felt inspired to push myself.

And then momentum grew. I added extra stops and excursions to our to-do list and barely left time for a break. One day, under drizzling rain and wind that would normally have dictated an indoor activity, I insisted that we dare choppy backroads to find the Eatonville Trail in Cape Chignecto Provincial Park. The path was a lonely and misty one but it ended up offering a highlight of our entire ten days there. We hiked the 6km to take in each hazy viewpoint and finally down to an empty beach. The tide was rushing in – by our estimation, we were less than an hour from high tide – but we lingered long minutes anyway until it was clear we had to leave. The cliffs and beach shone a rusty crimson against the sharp green water. There was something about that beach – the uncommon palette, the desertion, the way the fog hung low – that kept our wet feet willingly active up and down its shoreline.

The next day we squeezed several sweaty kilometers into our itinerary in order to walk the highly reputed Red Head Trail in Five Islands Provincial Park. On another rainy day I chose hiking over lazy pool lounging. And after a morning of kayaking along the Eastern Shore, I eagerly agreed to another hike that afternoon. (I also suggested snorkeling that evening but think I actually wore Pete out.)

I just did not want to stop moving. And Nova Scotia just kept delivering.

But for whatever reason, similar to our last trip, I felt inspired to push myself. 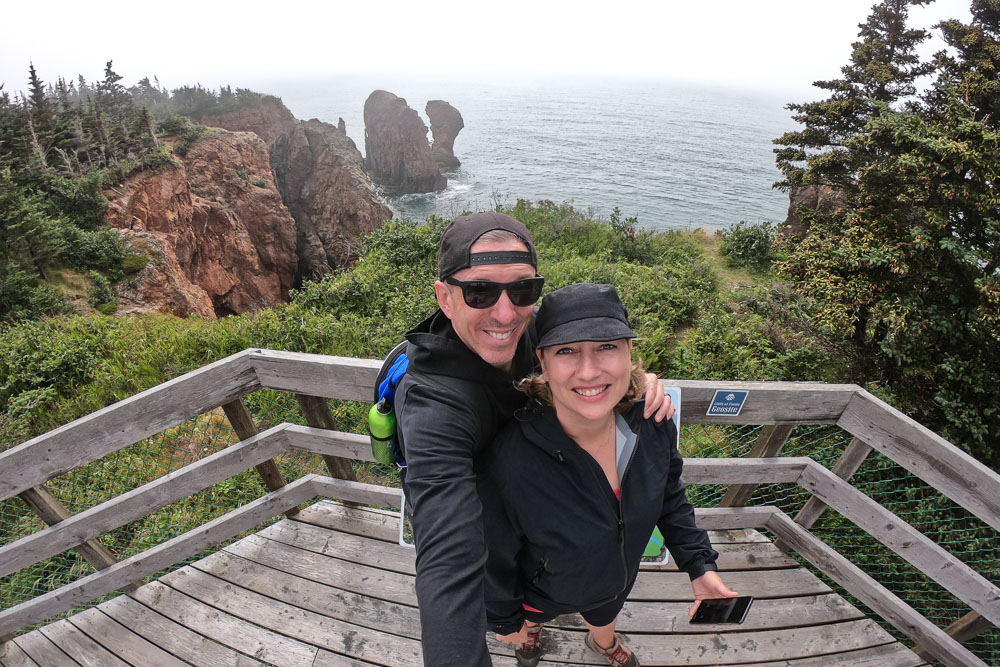 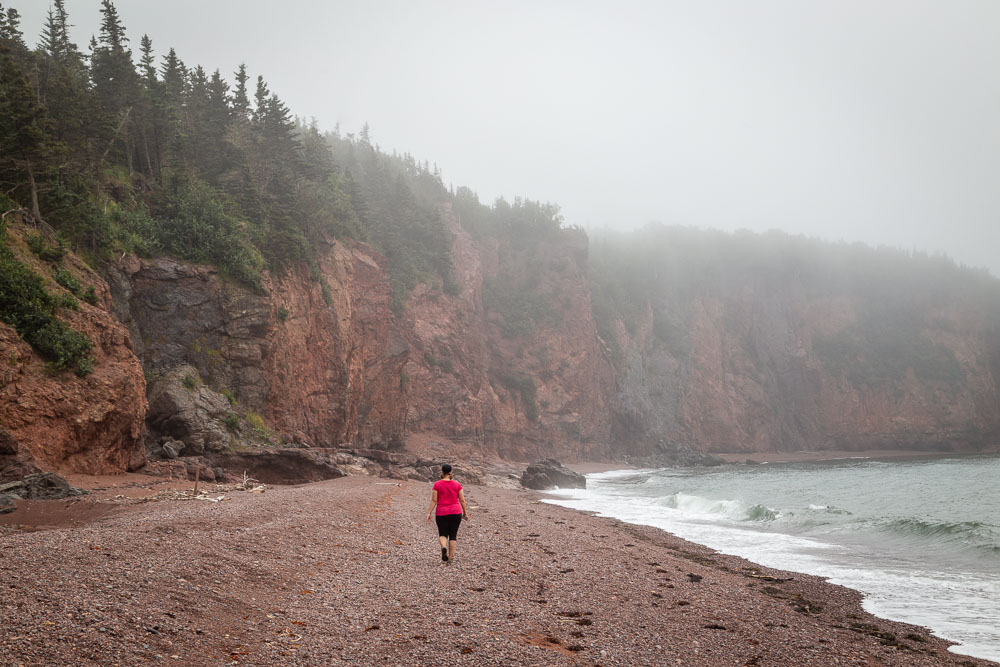 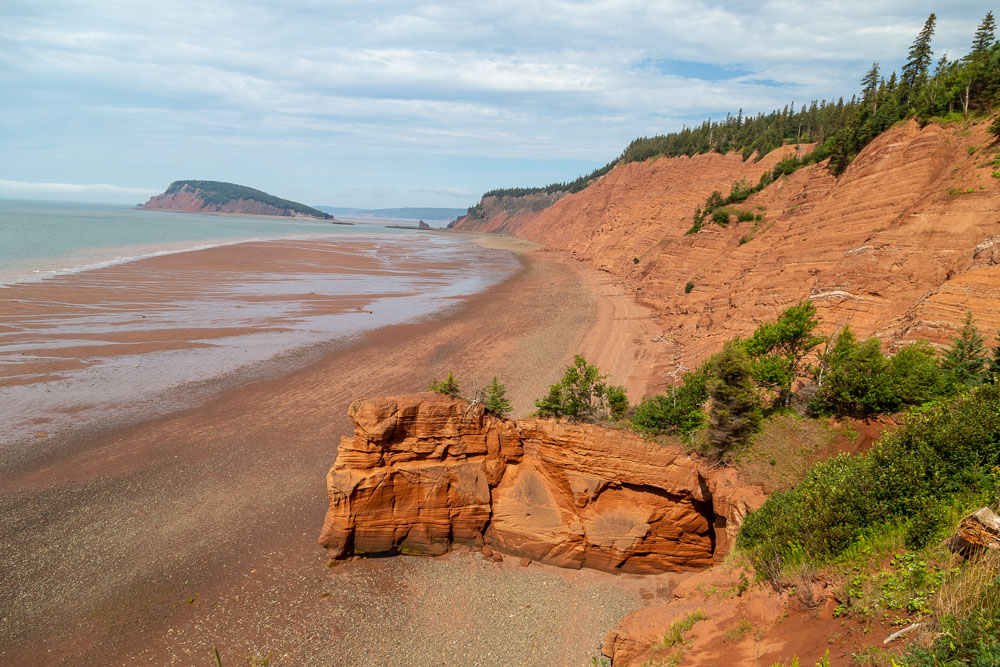 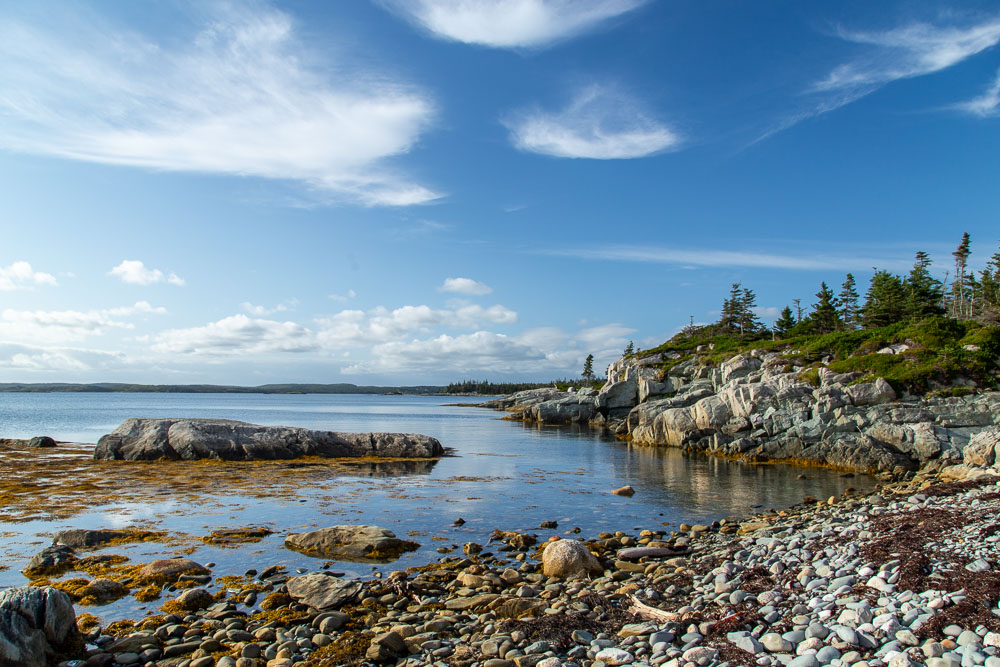 Six months ago, you would barely have been able to do any of this, Pete said and he was right. And maybe that was the impetus behind my desire – the fact that I could do it. Again. Finally. It’s almost a cliché – that after a brush with death, a new desire to live life to its fullest is found. In my healing, that adage has found a home with me.

Now that I can push myself, I don’t want to stop.

On our last full day in Nova Scotia, we were on the Northumberland Strait. The quaint and lively town of Tatamagouche kept us busy the day previously – from a brewery stop to a distillery, and then to enjoy some great food and shopping on the small main street. But that evening my feet were itching to hike again to put some more rugged kilometres under my boots before packing them to go home. I pestered a waitress and Google for ideas.

The next morning we headed inland towards Sugar Moon Farms. Known most famously for its award-winning pancake breakfast with pure maple syrup to accompany it, we filled up on souvenirs but then turned our attention to the trails. The farm boasts 30km of them.

We chose Rogart Mountain Trail as the 6km loop leads to a waterfall and a scenic view all the way to the coast. We thought we had started in plenty of time to avoid rain that was forecast to hit in the afternoon, but the storm surprised us early. The overhang of trees protected us for awhile, but the intensity increased and soon our clothes were soaked through.

Now that I can push myself, I don’t want to stop. 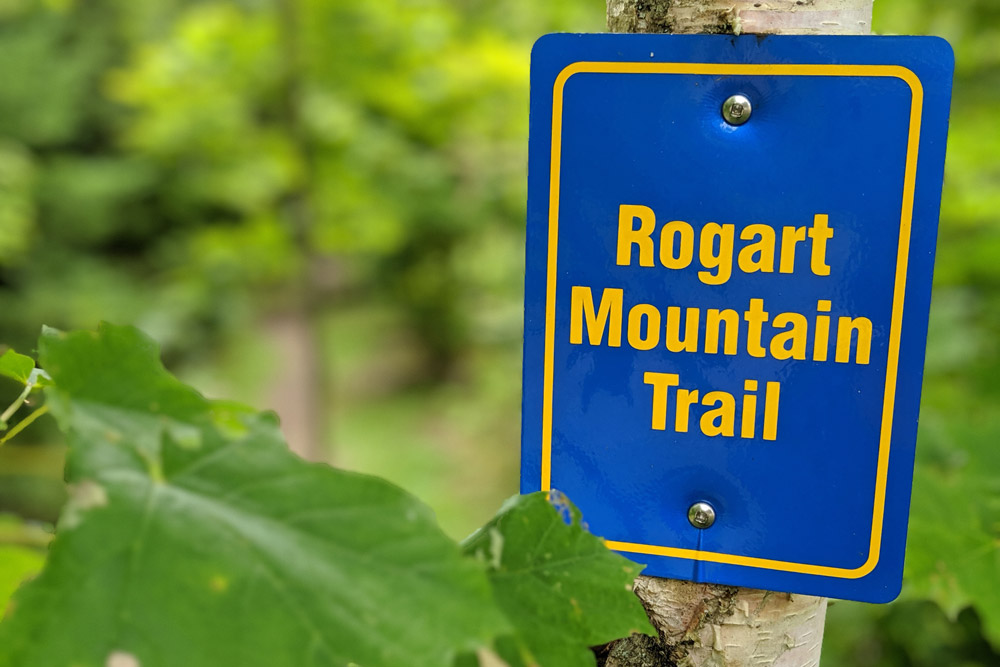 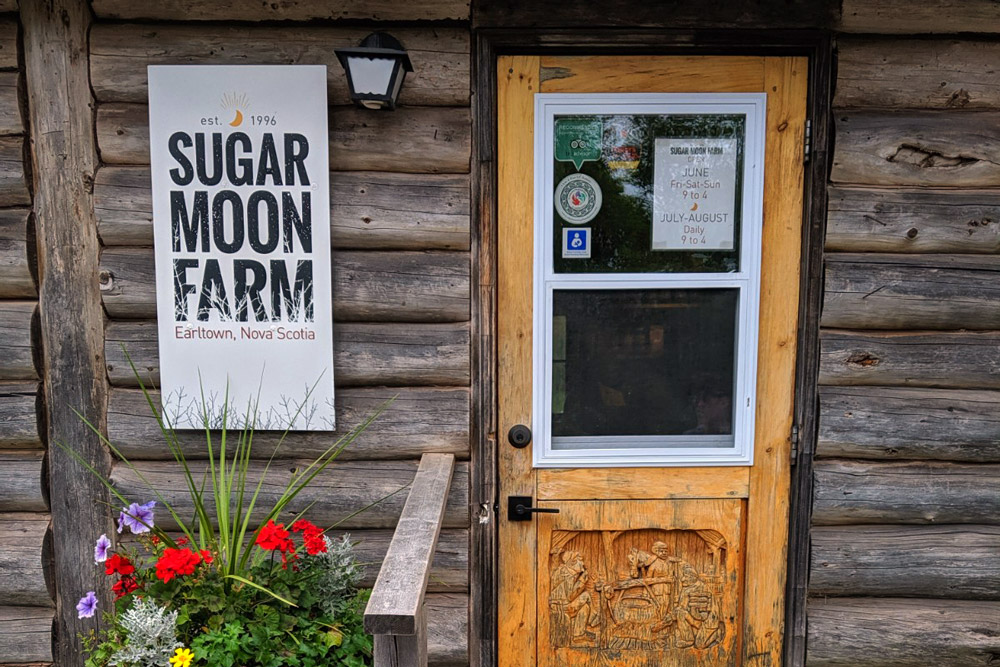 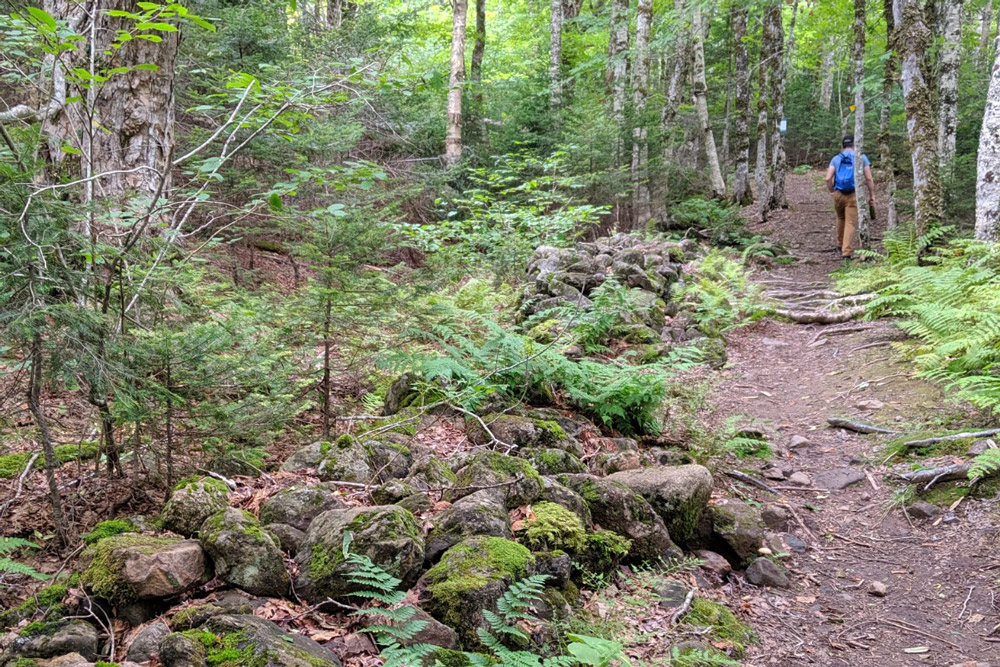 A quarter of the way into the hike, we stopped to consider our options. The clouds hung low and we knew that the scenic viewpoint would be obstructed by them. Our feet were not wet (thank you Goretex!) but every other inch of our bodies was becoming saturated. With the projected reward not likely outweighing the chill that was creeping into our bones, we turned around. My feet and mood muddled along the return path.

My disappointment dissipated with the realization that had we completed the hike, our trip total would have been well over 30kms (instead, we were just shy). That isn’t a lot by more avid hikers standards, but for me, it was a colossal achievement, and especially because those last few kilometers were not missed because of my lack of ability. I still had more to give. One day later I boarded the plane back home to Alberta, feeling a massive step closer to healed then I ever was before.

Healing looks different to everyone. Mine looks like rugged coastal trails and red sand and lush, forested paths. And I have Nova Scotia to thank for that. 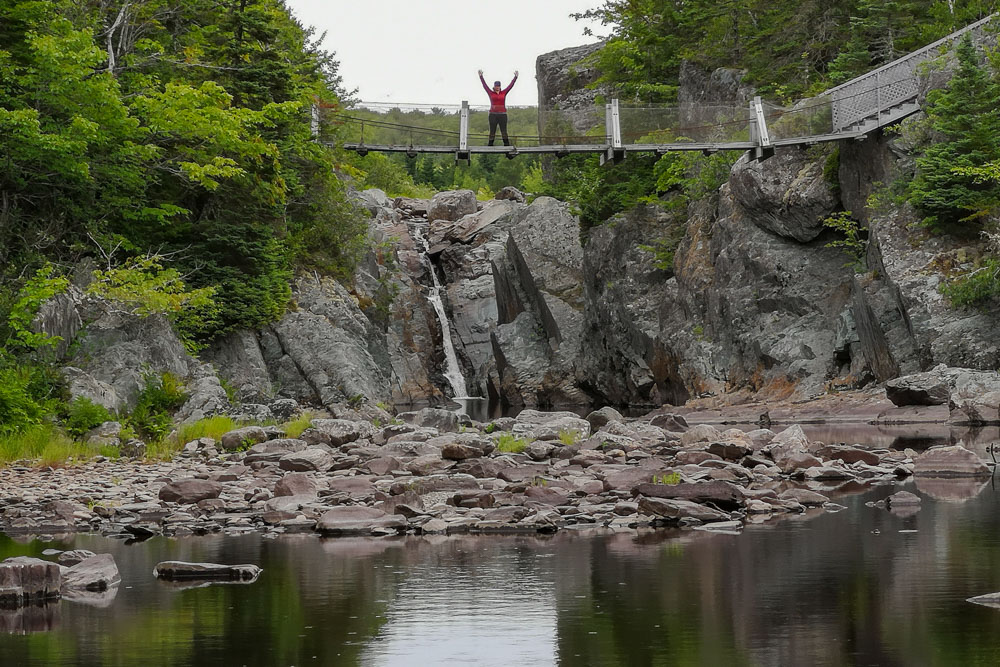 Unique Things to Do in Nova Scotia Stargazing in Jasper
SHARE 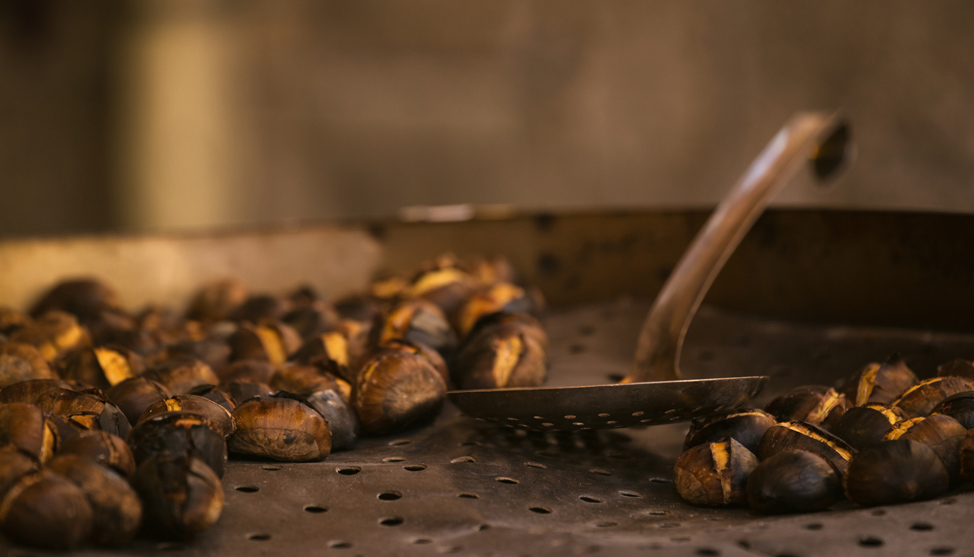