This question is one that we hear quite regularly, and it is most often accompanied by a raised eyebrow and a slight sneer. (The more pronounced the sneer, the more likely that the inquirer is from Calgary.)

I get it. I would have asked the same of us too, and maybe even employed the same sneer. After eight years of nomadic travel and the creation of businesses that allow us to exist and work from almost anywhere on the planet – why did we return to Alberta? And why, OH WHY, did we choose to set roots in this southern city?

Well, I’ll tell you, this arrangement was not our first choice. Had misfortune not taken over, we would, in all likelihood, still be living at large. And even if we had actually settled by choice, Lethbridge would have been given only the briefest of consideration (if any at all).

But cancer happened. And despite the attempts made by the wonderful people in Washington to sell me on the virtues of their health care system, my first thought was GET ME HOME. I wanted my family. I needed my free* health care. I was on the first plane to Alberta that the doctors would let me on.

Calgary took good care of me. My network of family and friends in the area rallied to make Pete and I feel loved and welcome. For a tiny second, when I was discharged from emergency care and we had to decide where to go next, we considered staying put in Calgary. It was our home for many years, our network is strong, and I’ll admit that it felt good to be there. But for us, it still lacked two things: the support of our immediate family, and a slow-pace to allow for proper rest and healing. (Prolonged exposure to Calgary drivers and driving would have surely tested our health in other ways.)

So, we turned south.

After eight years of nomadic travel and the creation of businesses that allow us to exist and work from almost anywhere on the planet – why did we return to Alberta? And why, OH WHY, did we choose to set roots in this southern city? 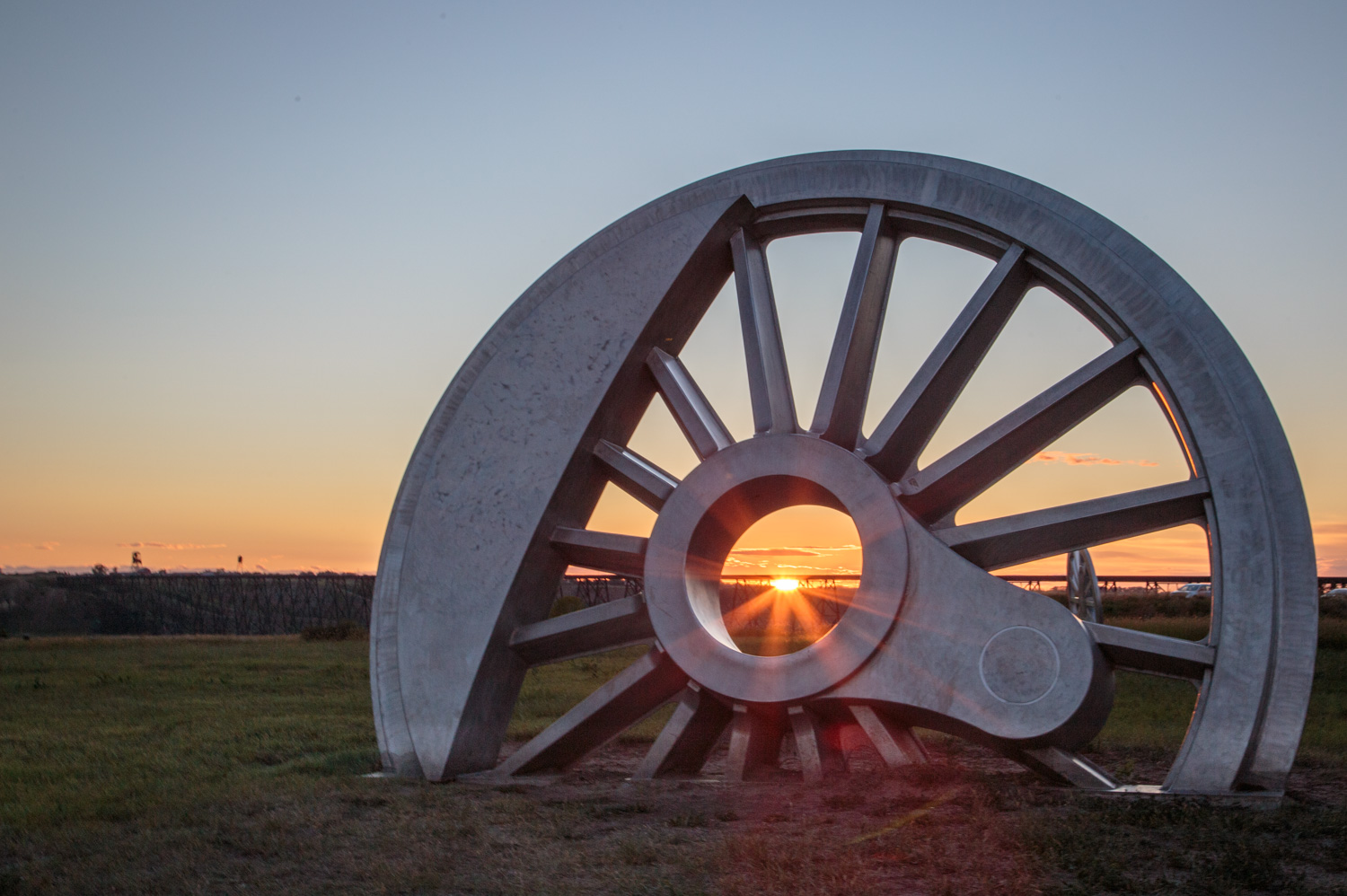 The sun sets in Lethbridge over the train bridge and train wheel.

We had visited Lethbridge many times before to see my mom, my sister and her family. But we actually knew very little about the city. And for the first many months that we moved here after being released from Calgary, that didn’t change. Between trips every weekday to the local hospital for treatment, I barely could summon the energy to spend time with my family, let alone to explore this new place we begrudgingly called home.

But then that began to change. I started to get stronger. Spring came and vibrant green life returned to the vast coulee separating the city. Festivals launched and farmers markets opened. I discovered local online personalities like the Rattlesnakes of Lethbridge guy. I joined a local co-working space and Pete and I began to explore in and around the city.

We realized, surprisingly and pleasantly, that this city is much cooler than we ever thought. It’s much cooler than many people think. (Hey to everyone sneering in Calgary: you just don’t know.) I will even pull out one of the phrases that no travel writer should ever use: it is a damn hidden gem, people.

Although I don’t think it will be hidden for long. This small city has so much going for it.

Explore all the pretty spots

Living on the west side of Lethbridge means that we are often taking the Whoop-Up bridge to get to most of the city’s commercial activity. I love the drive and always marvel at the scenic setting. When heading east, to our left is a view of the highest train bridge in North America, and on the right, the Old Man river snakes against the steep banks of the coulee. Within is a huge trail system that winds through the park along the river. In the summer we’ll see numerous people floating on the river to escape the summer heat.

To find some peace and quiet from the city noise, we also frequently visit two inner-city lakes that are perfect for a stroll or bicycle ride and enjoy a picnic. I also really enjoy the old tree-lined streets in downtown in every season. 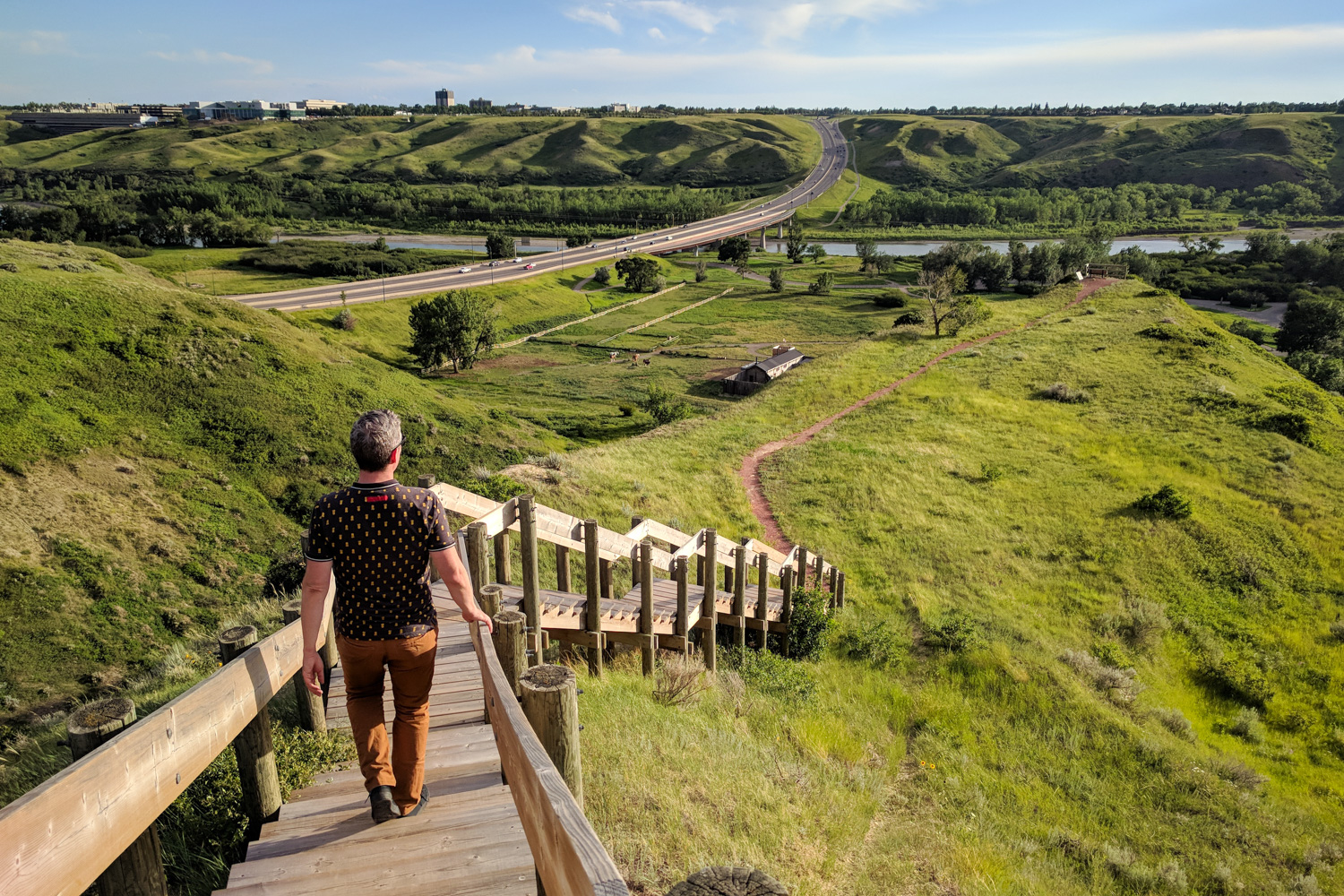 The paths through the coulee. 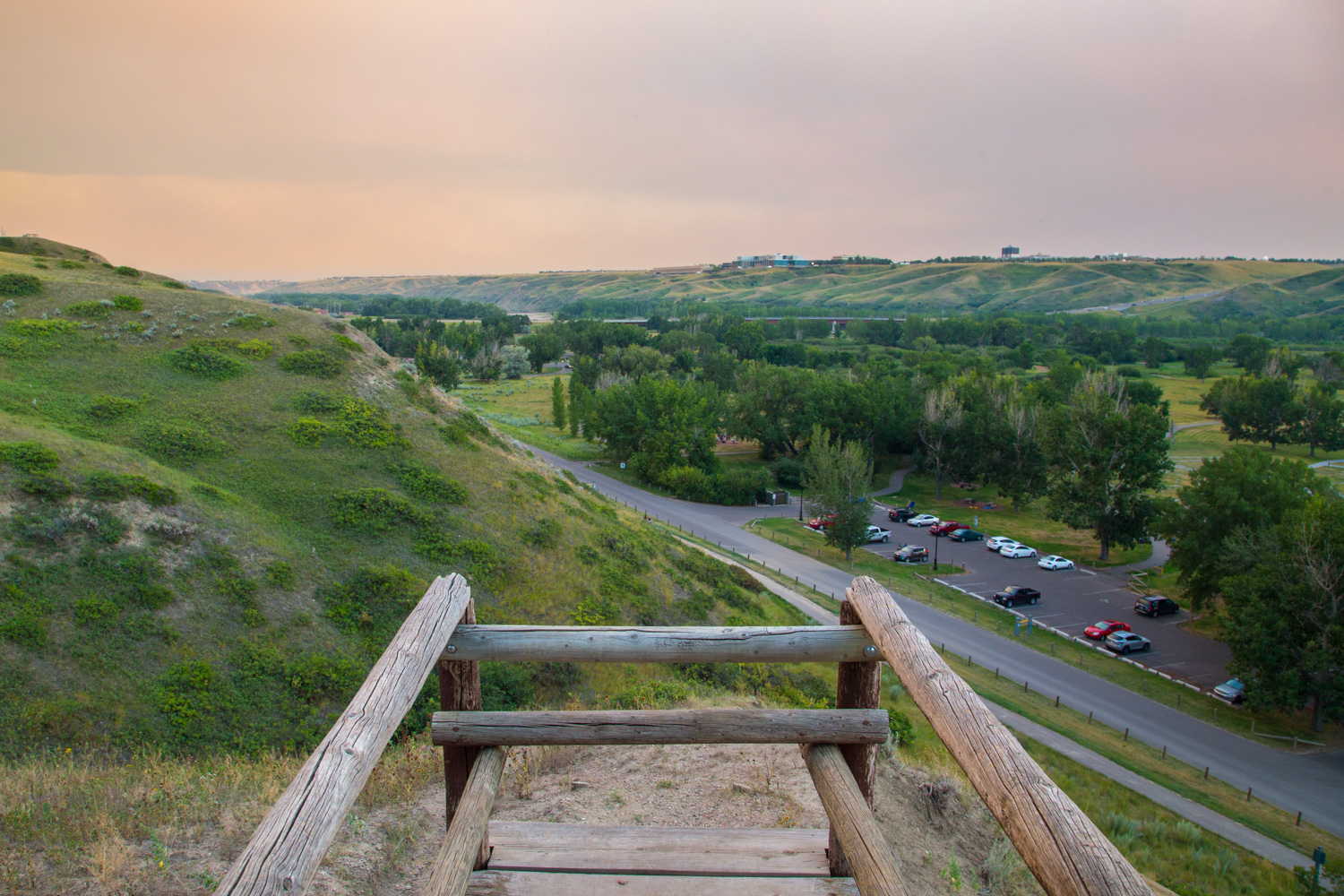 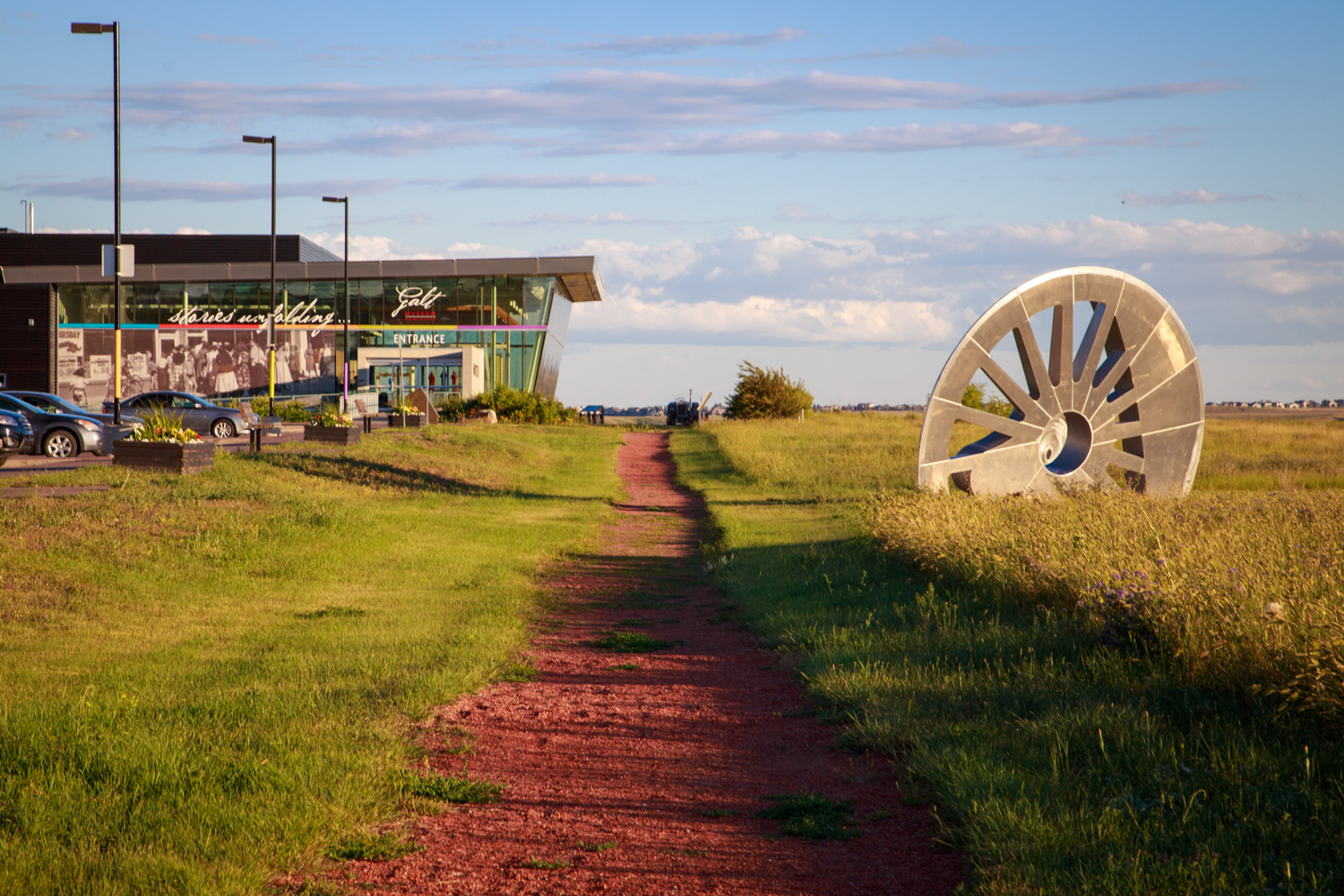 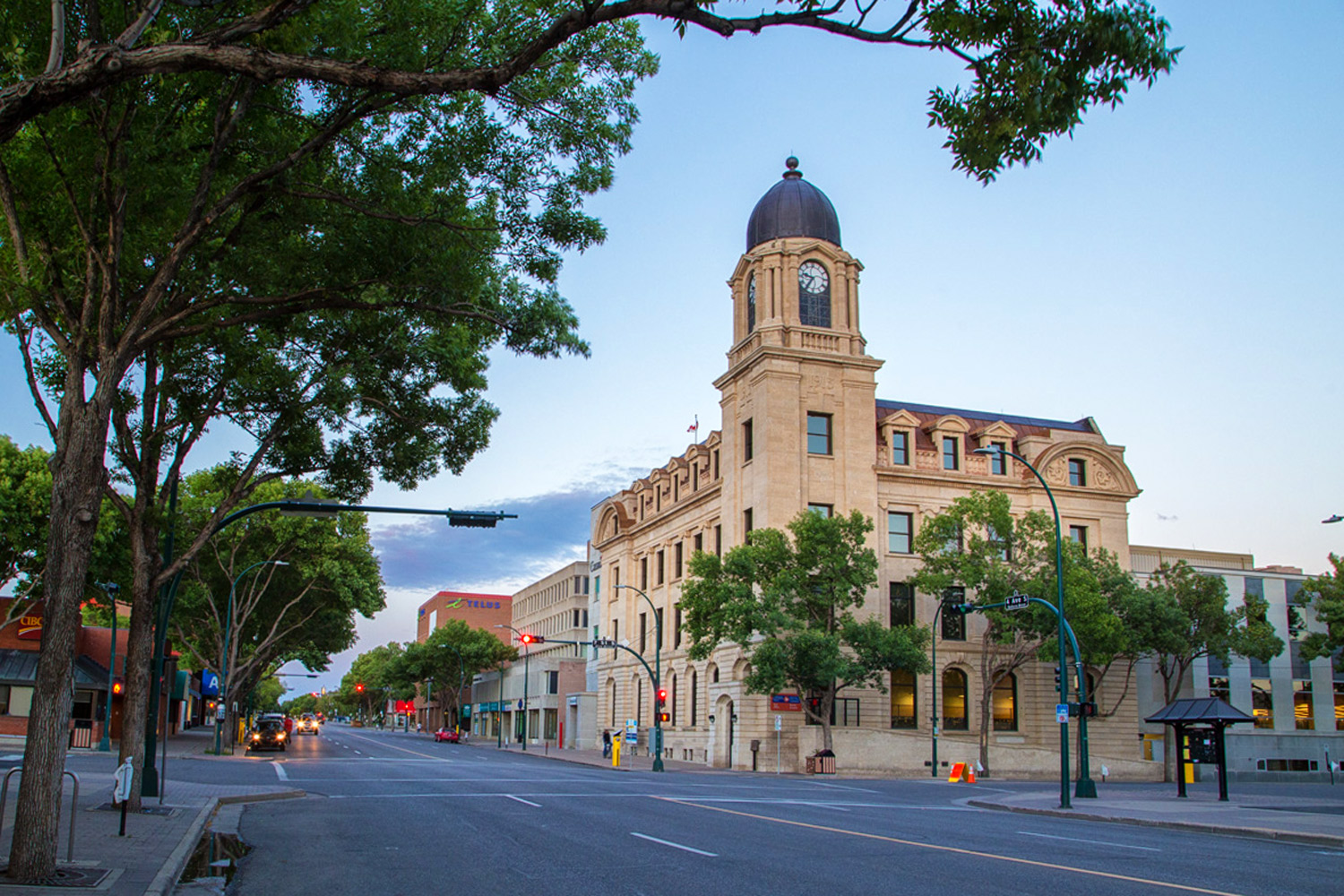 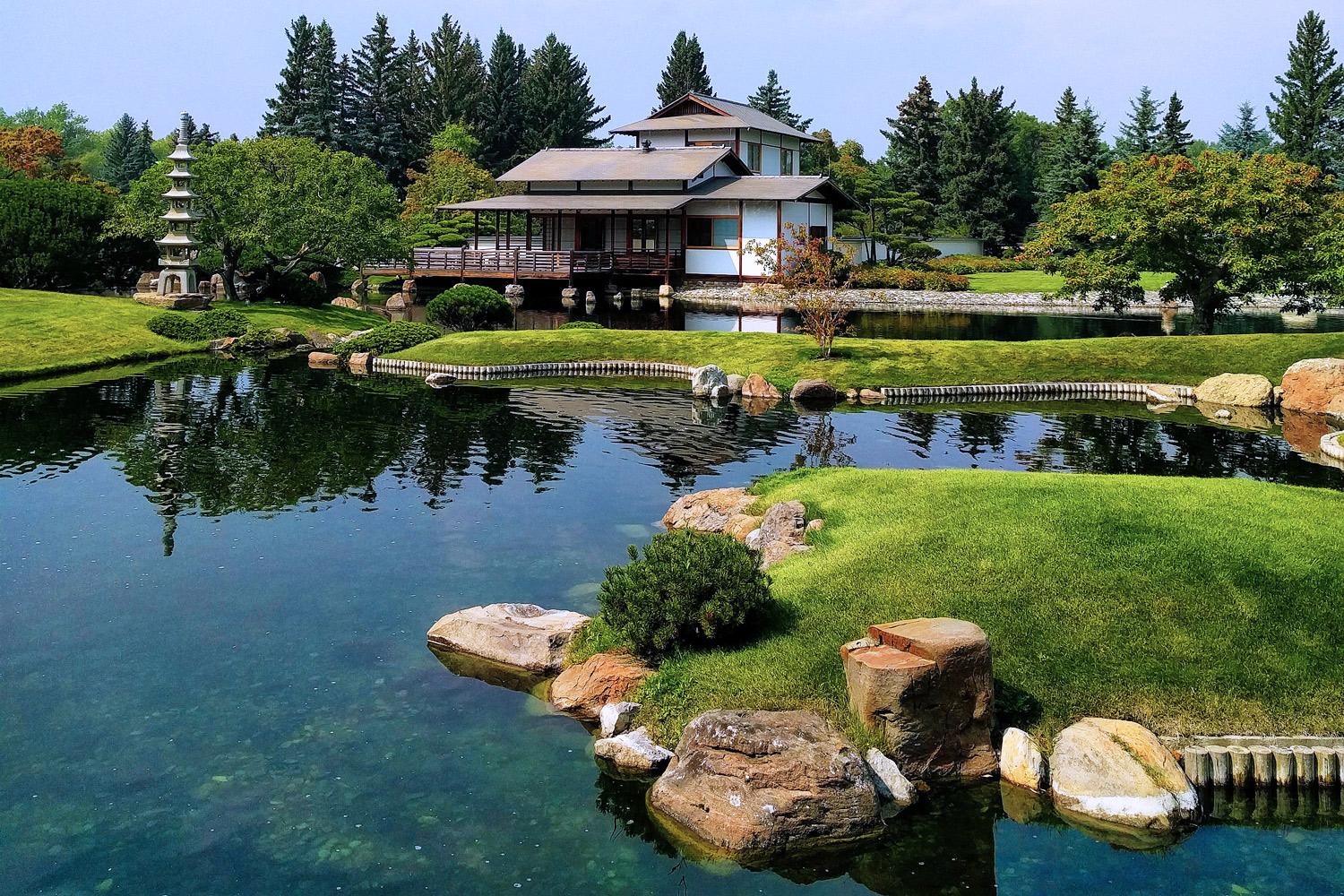 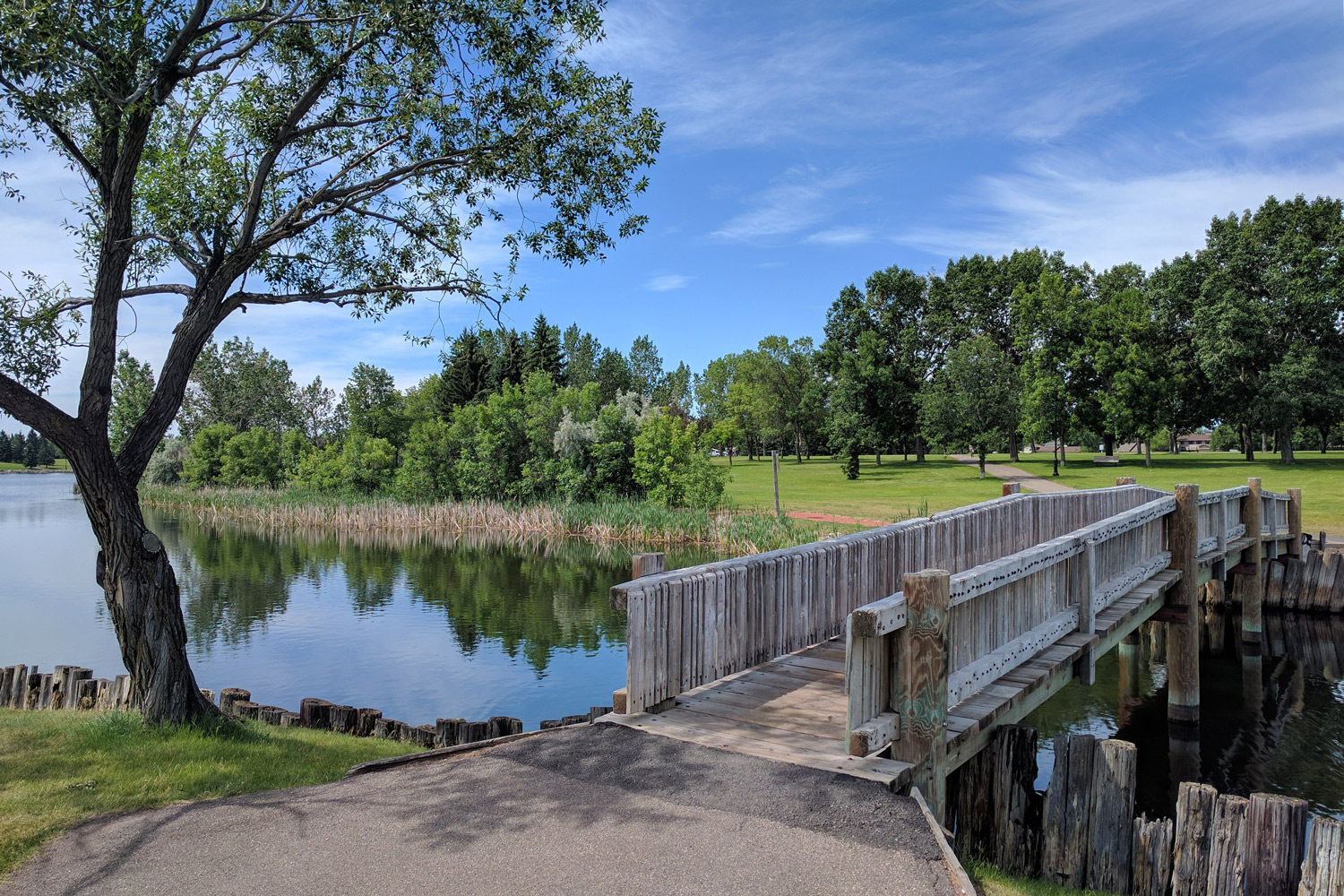 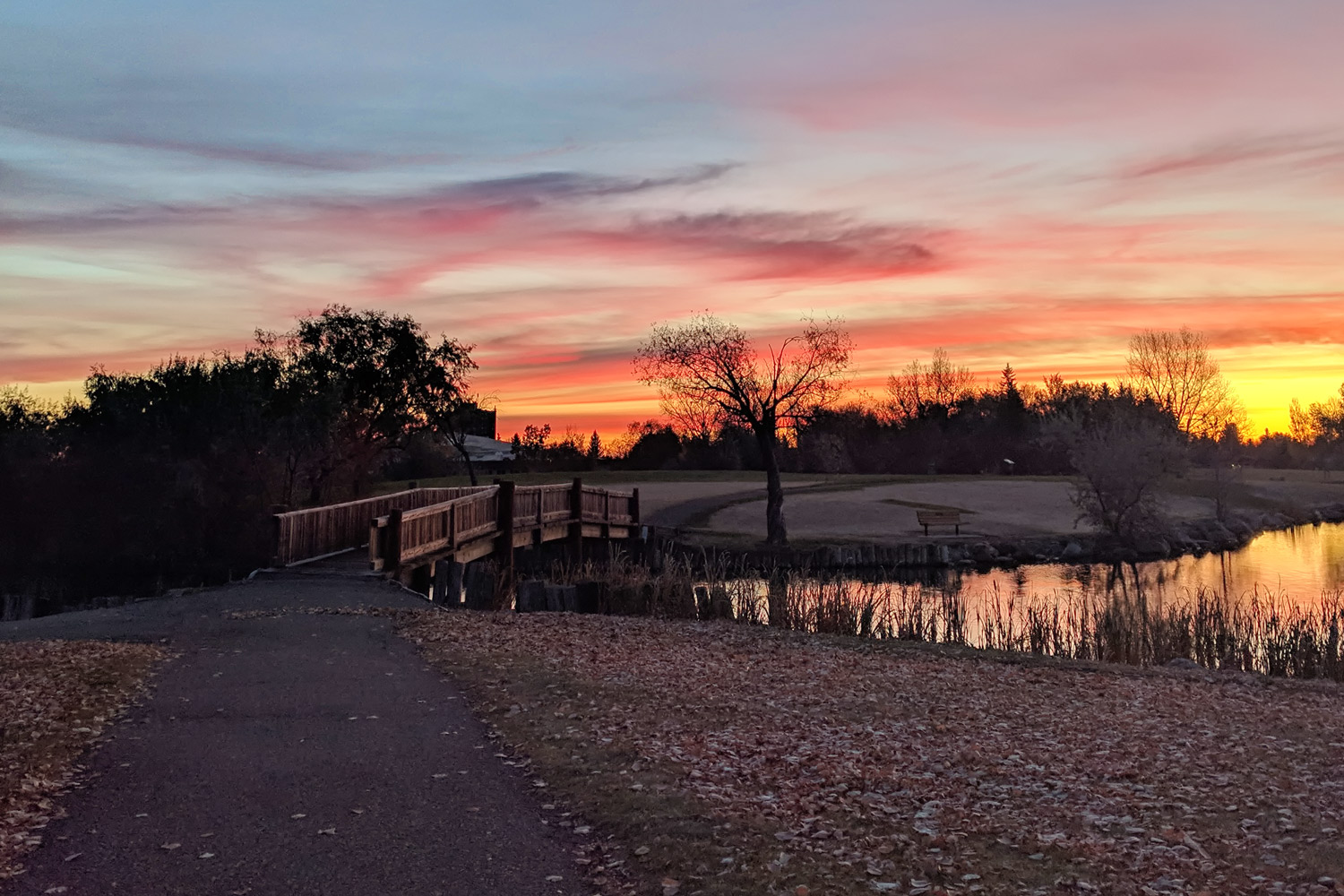 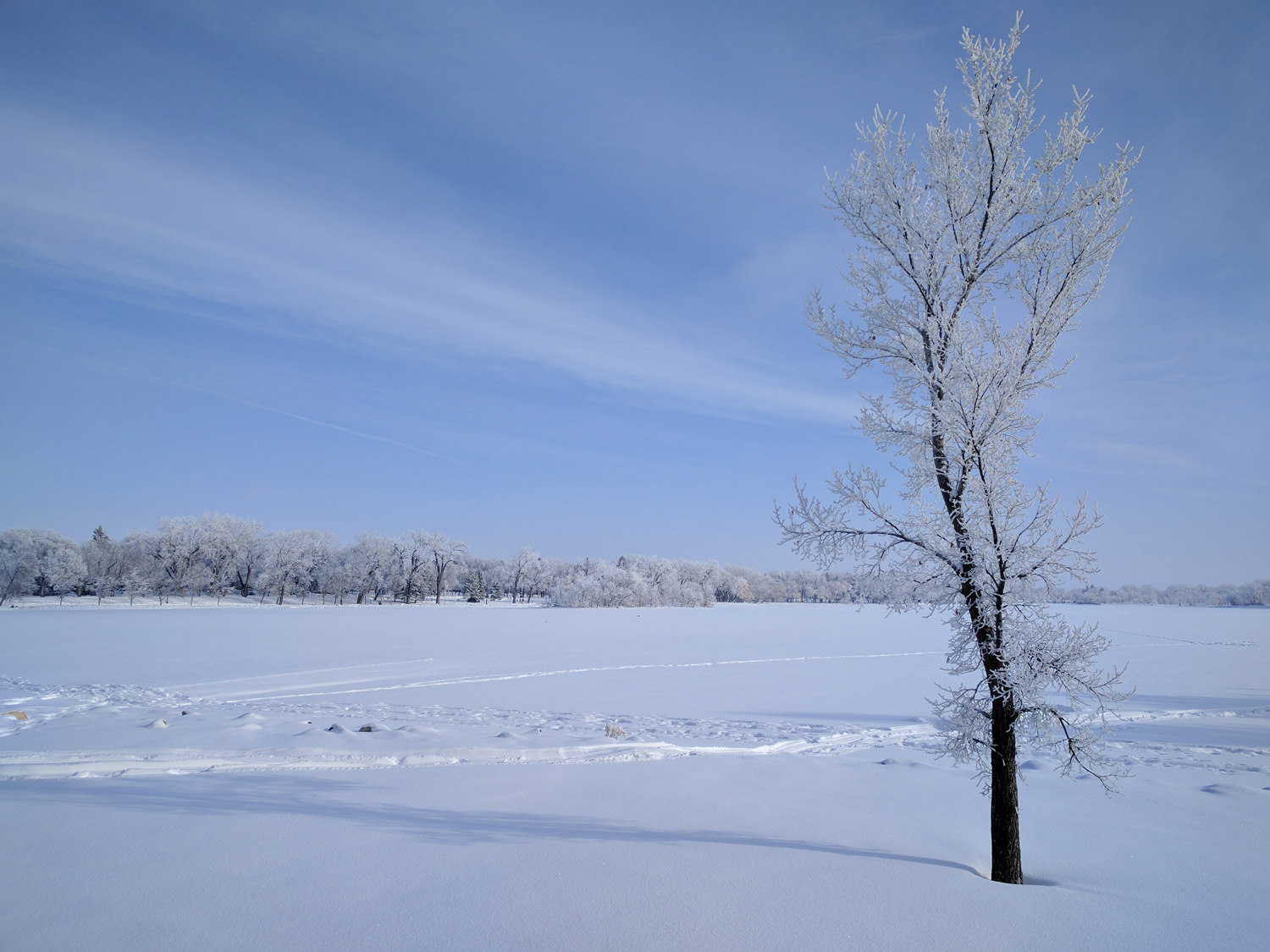 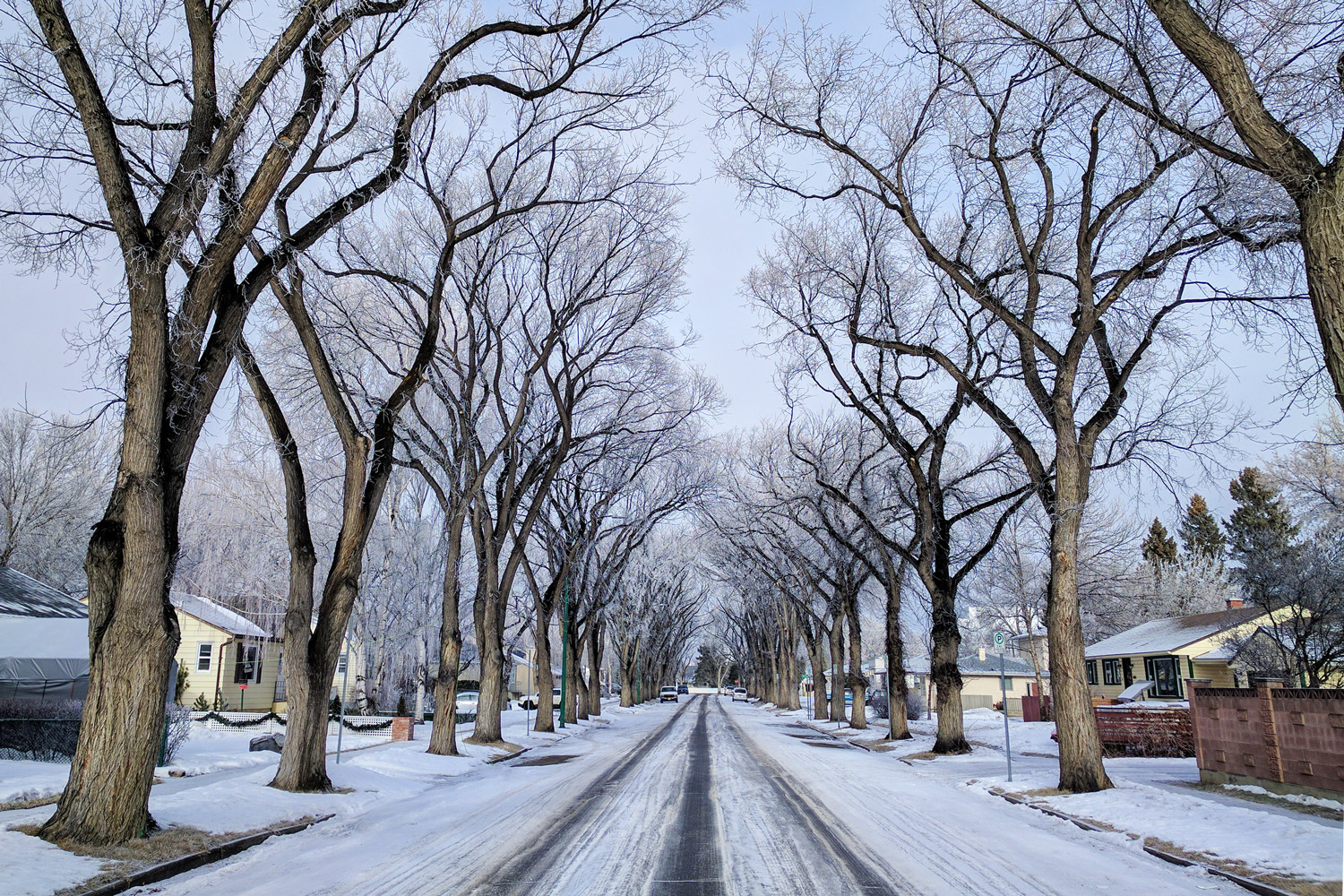 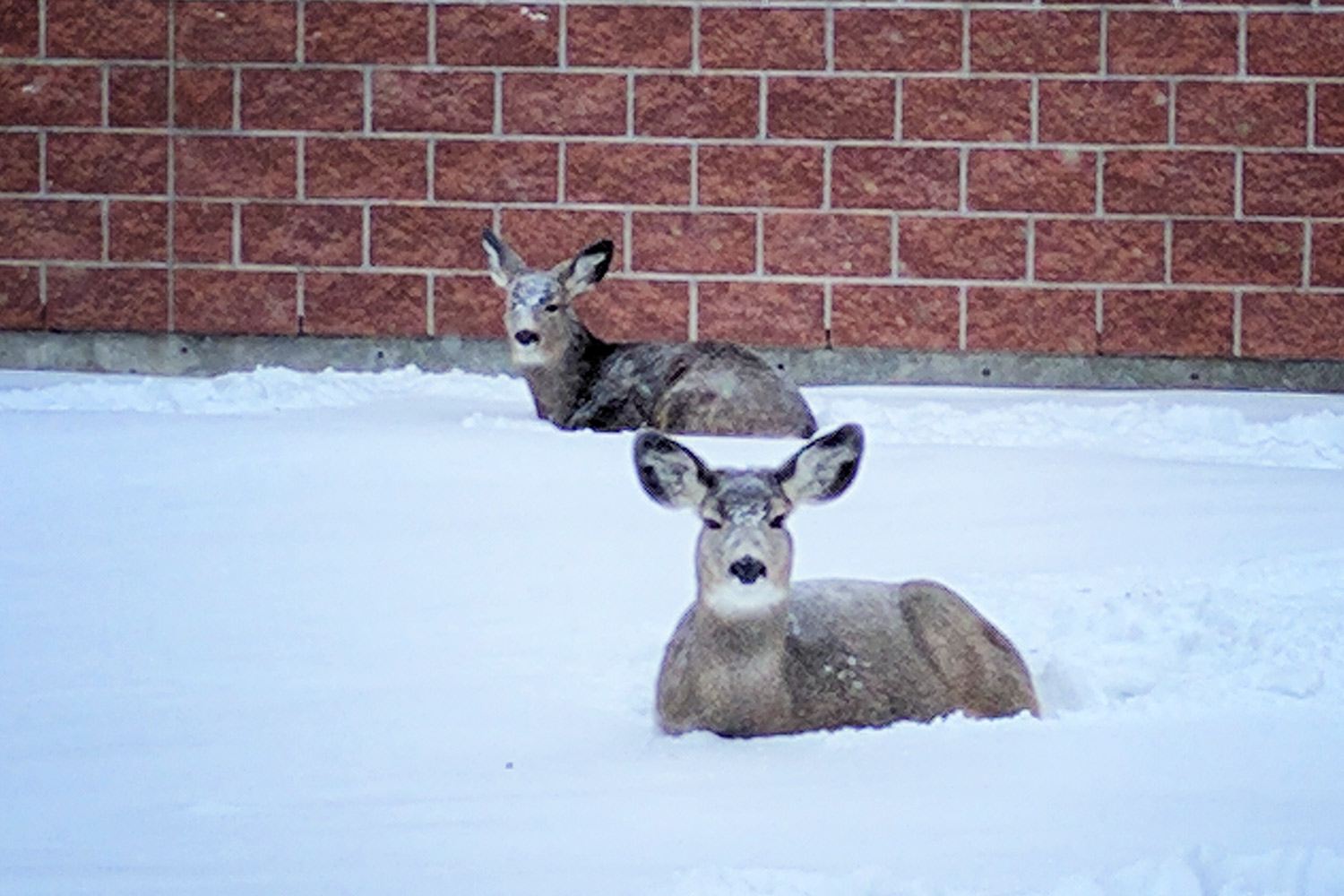 This is easy. Much easier than we thought, and getting better all the time. More and more quality restaurants of every type continue to pop up. Both Pete and I were pleasantly surprised by Tacos Made in Mexico – their food is legit, and considering the family is from just outside Mexico City, I’d expect nothing less. When we’re looking for a sweet treat we head to either Streatside Eatery for a piece of key lime pie (seriously, the BEST we’ve ever had) or Edible Elegance Cake Shop for a cupcake. There are two quality craft breweries (Coulee Brewing and Theoretically Brewing), and a number of coffee shops (Jonny Bean Coffee, Sonder Coffee Bar, The Stoketown, Bread, Milk, Honey) that are perfect for great drinks, an afternoon meeting, or getting some work done in stylish surroundings. 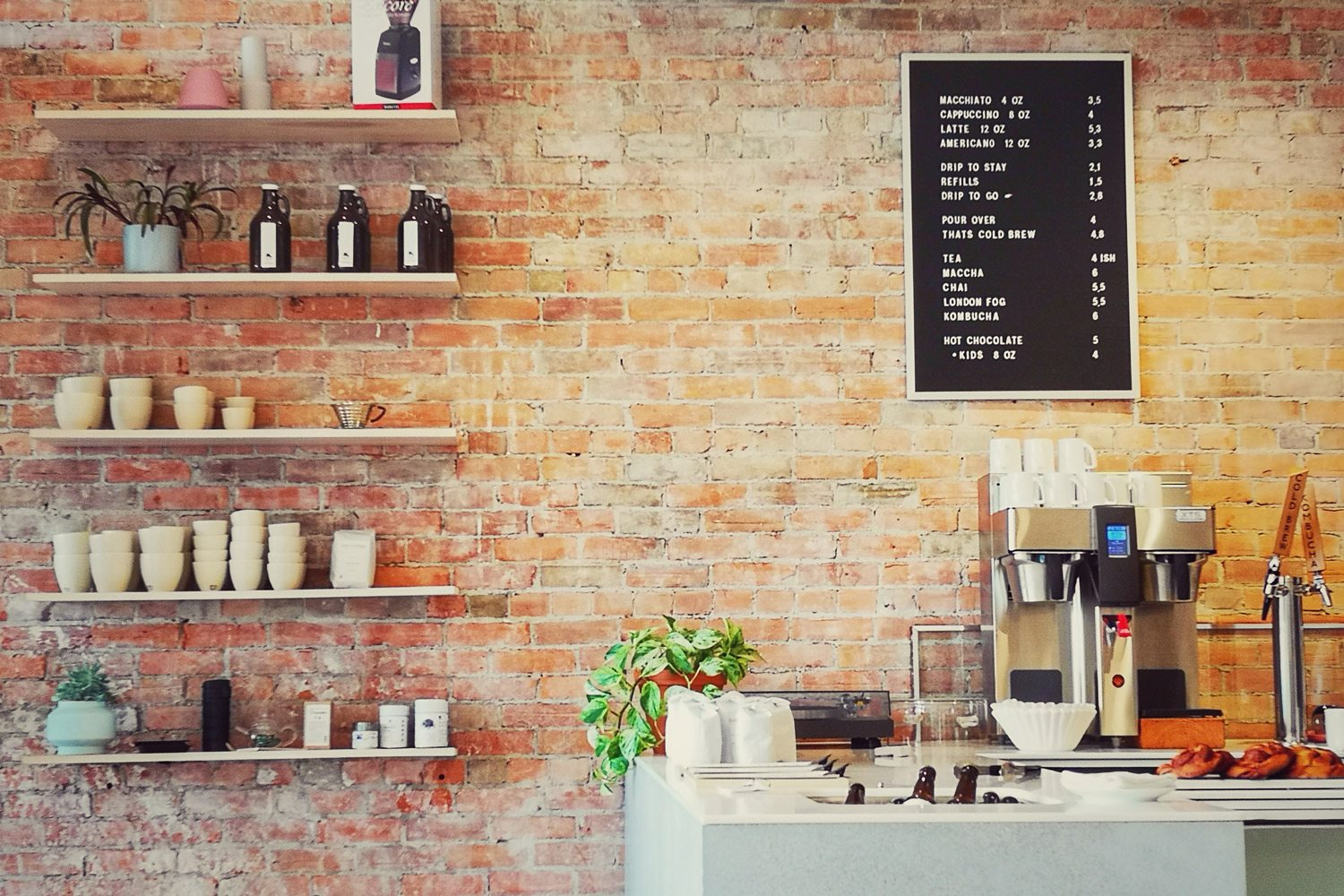 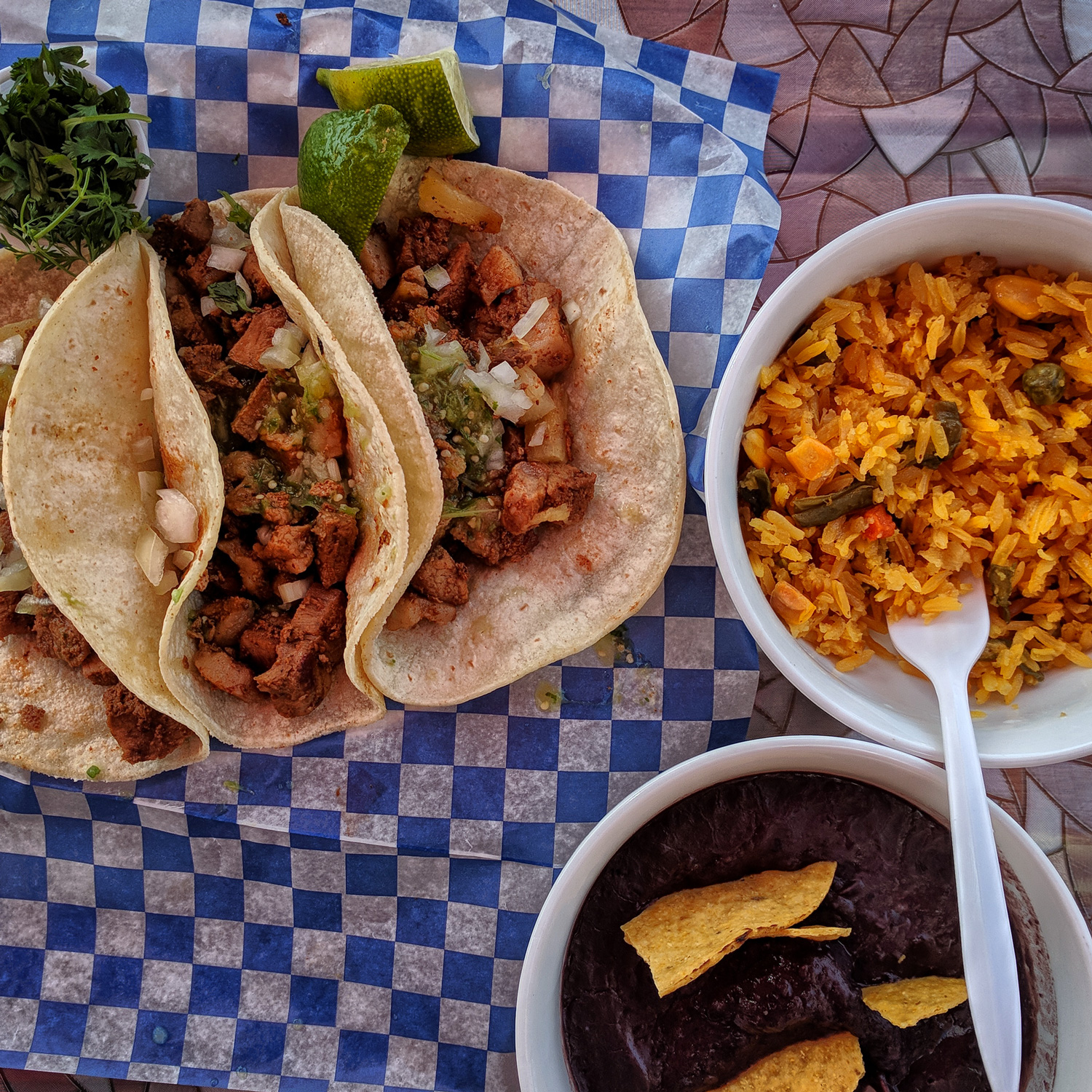 Tacos el Pastor from Tacos Made in Mexico 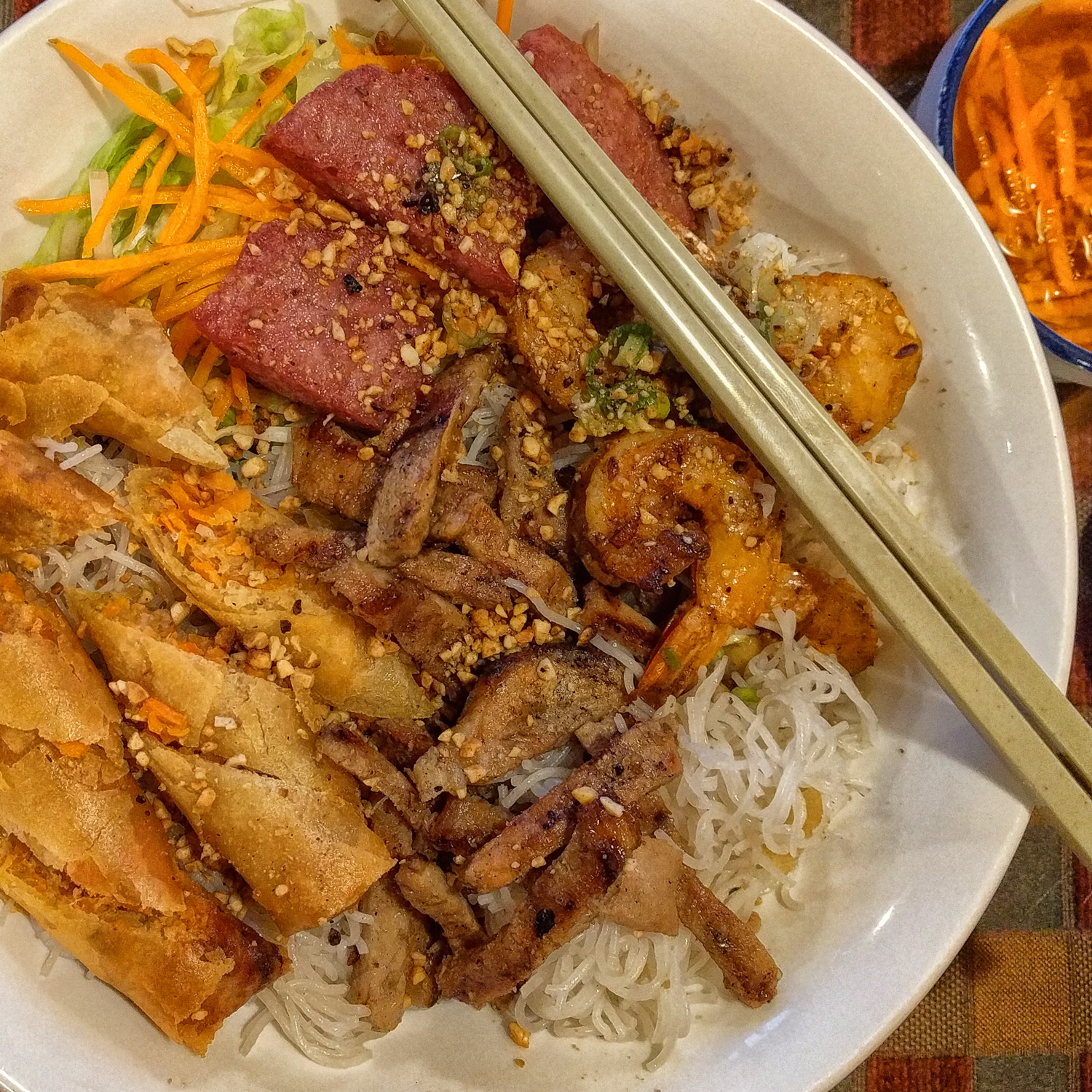 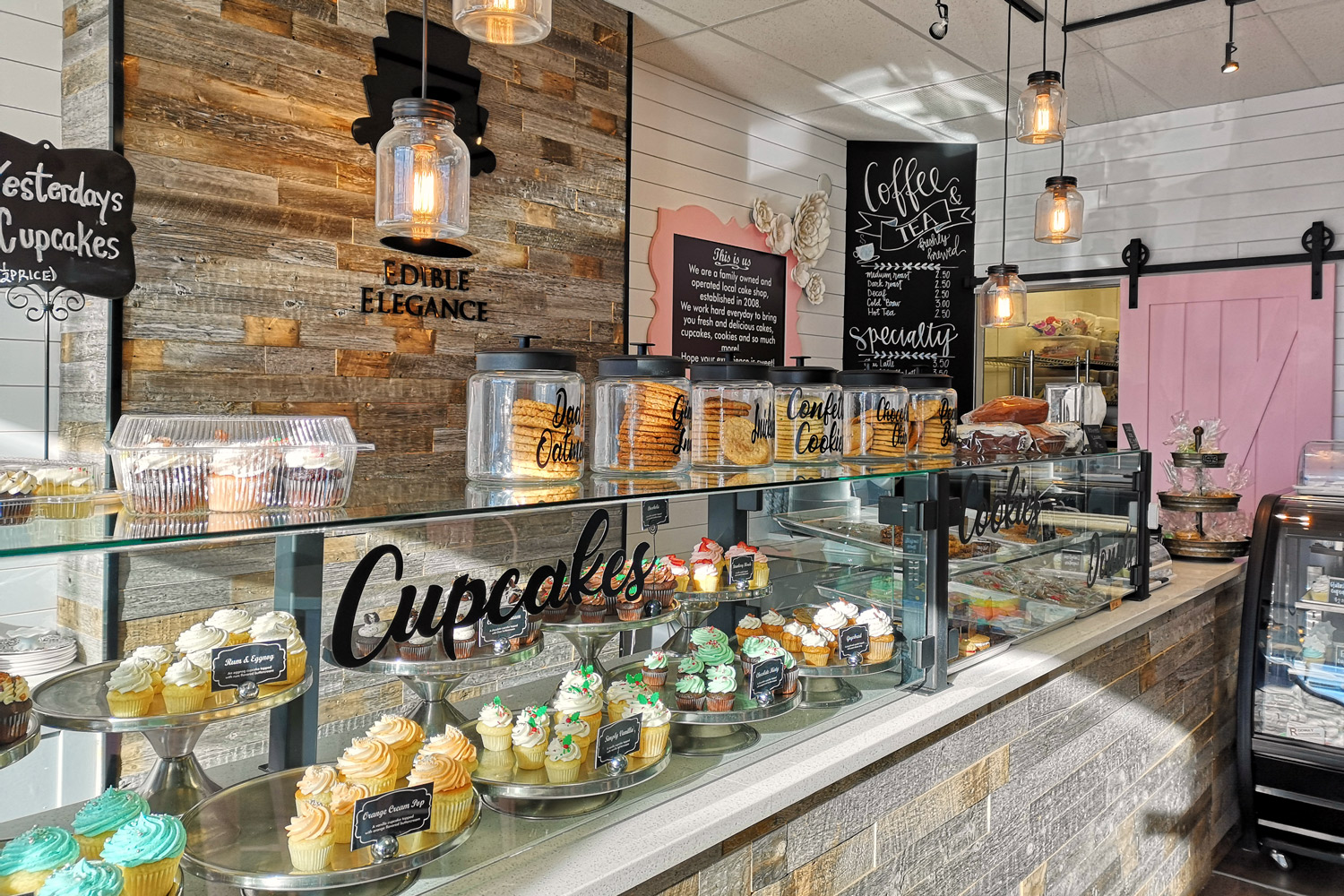 There is no shortage of things to do. We’ve recently seen a Cirque du Soleil performance (that was nowhere else in Alberta), the Canadian trampoline championships, and sports events are big in the city.

Throughout the summer we find ourselves weekly going to the Downtown Farmers Market for all the best fresh produce and fruit. And we’ve had the chance to check out both the Dragon Boat races at Henderson Lake, the Pride Festival and Parade, Whoop-up Days, and the Word on the Street Festival. 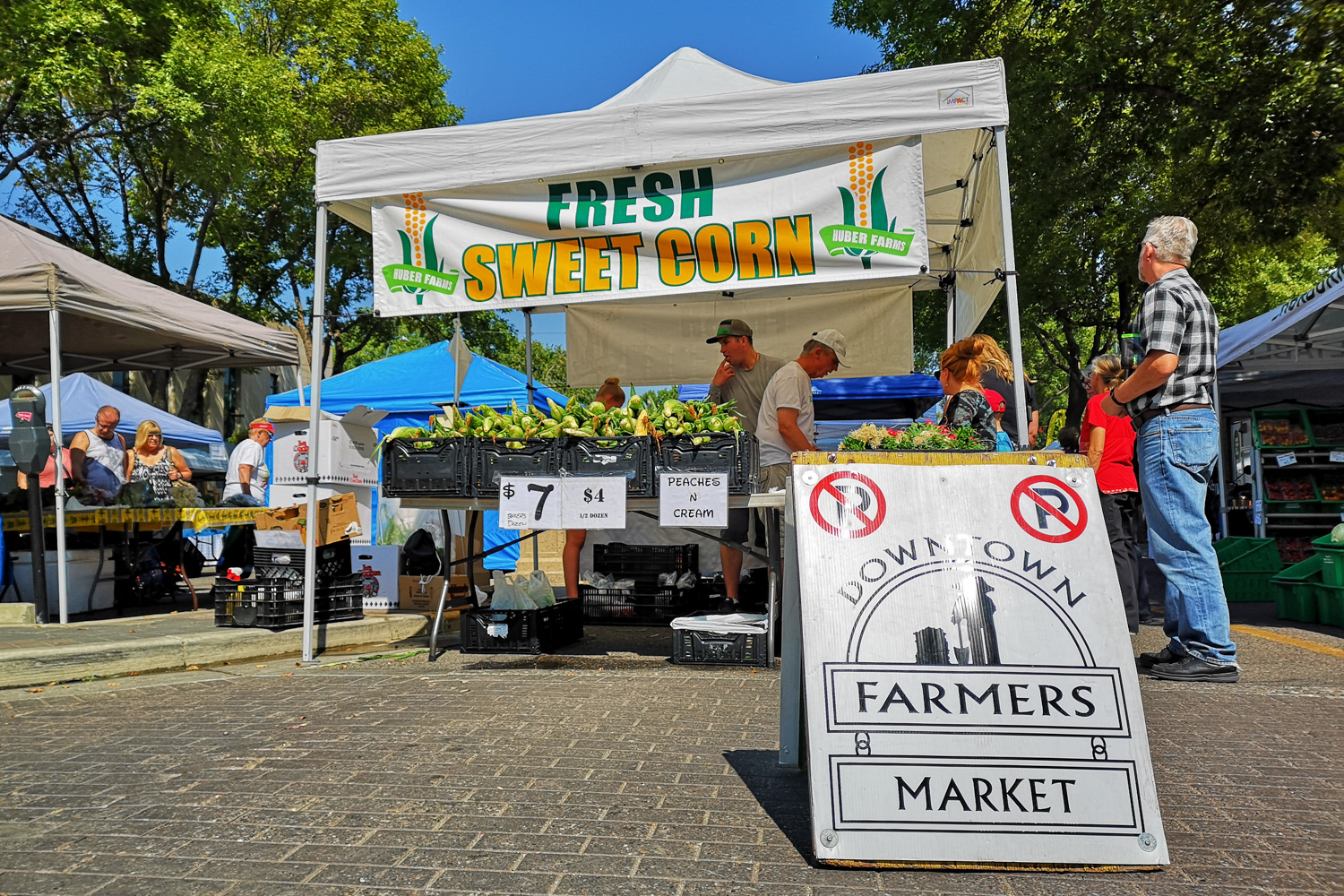 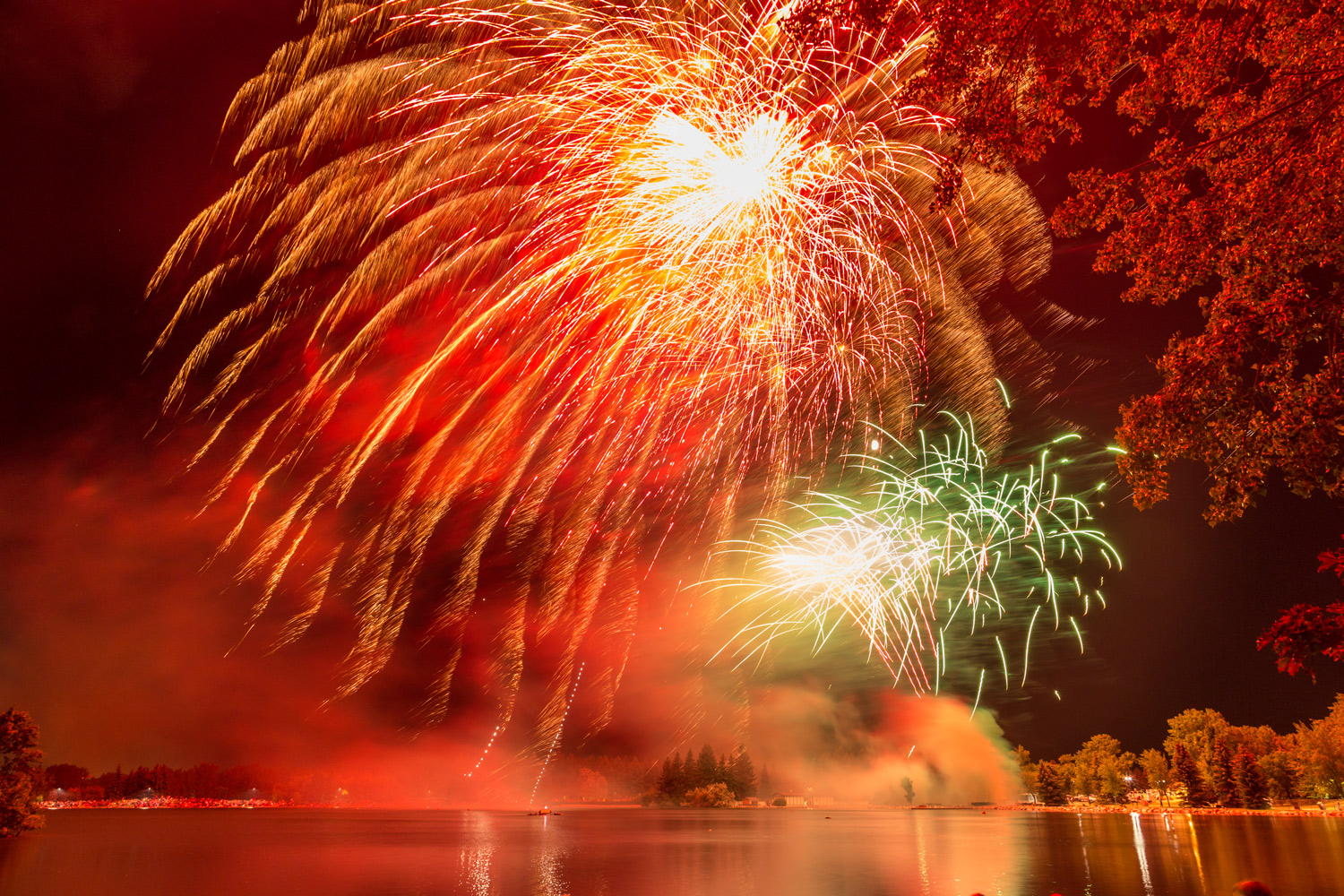 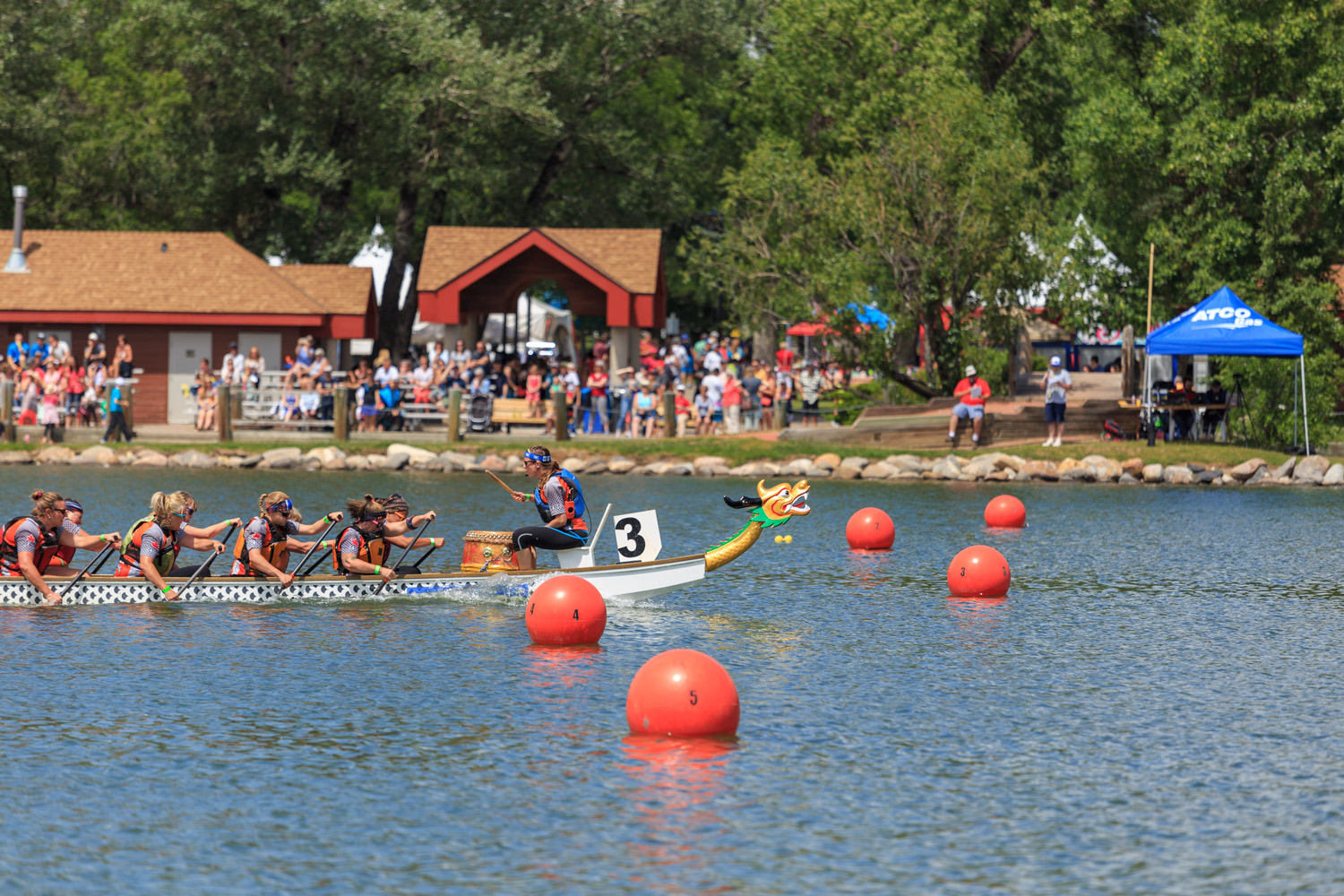 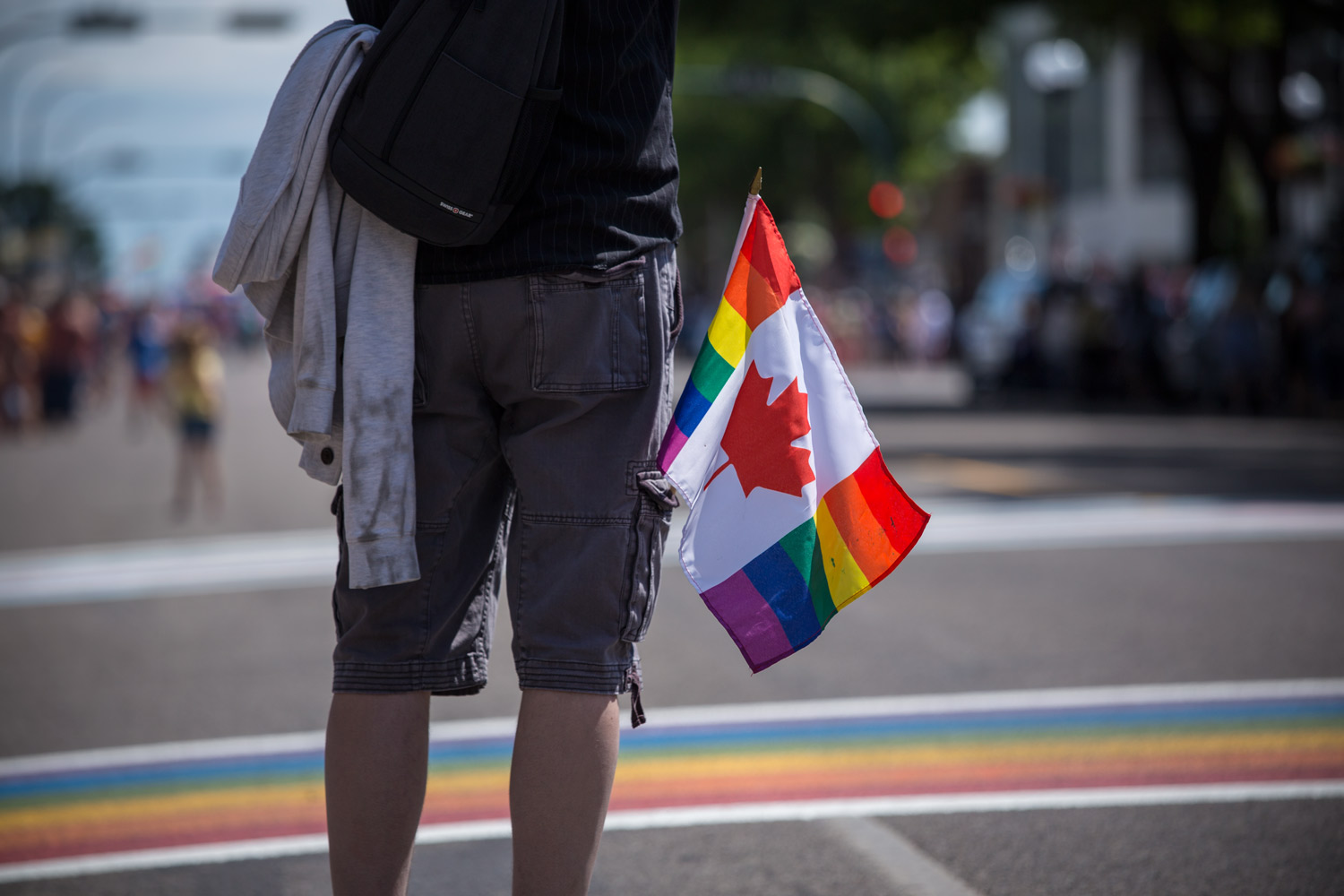 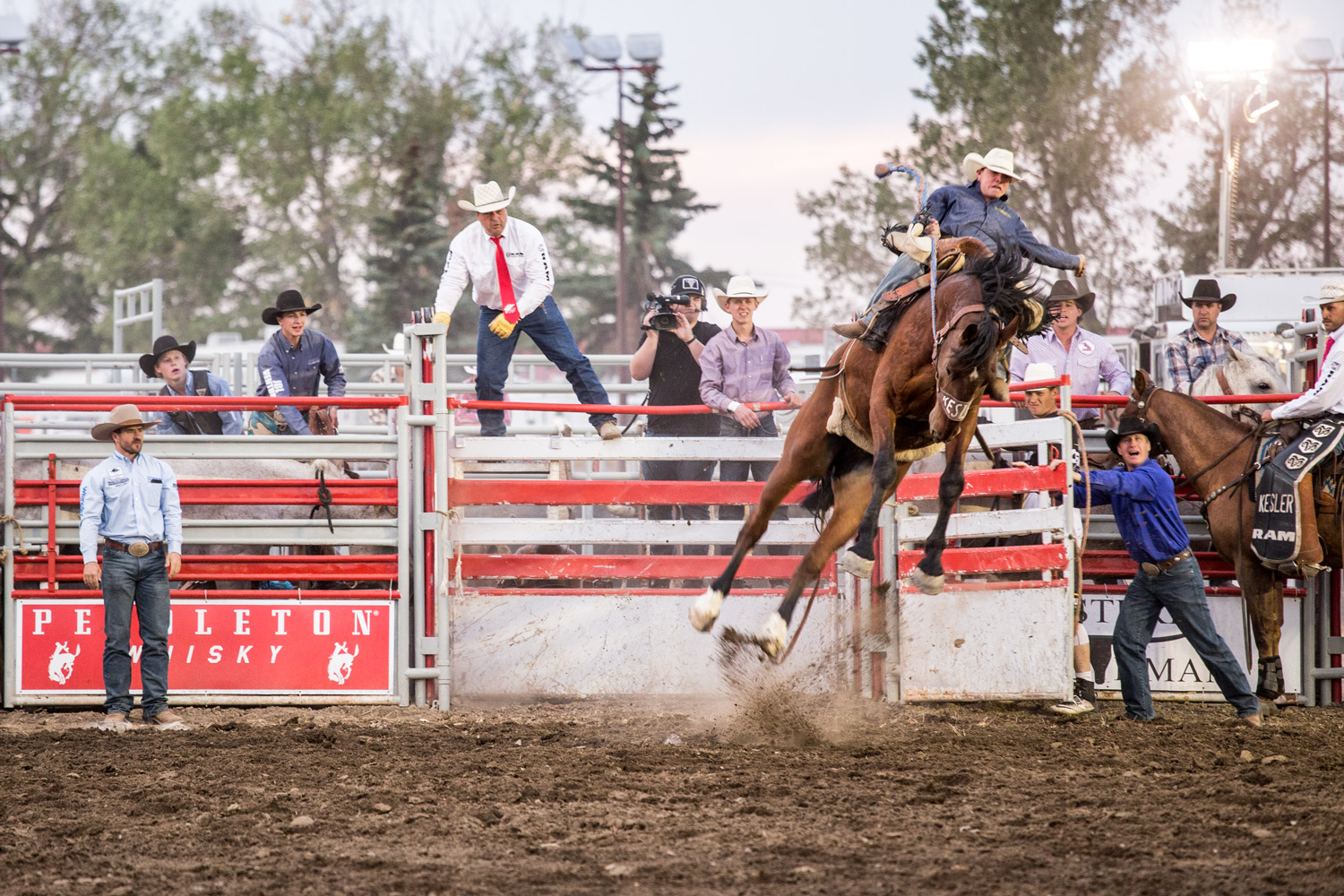 It’s a perfect base for day trips

What we love most about Lethbridge is the geography and facilities that surround. We’re ninety minutes from Waterton National Park (one of the best national parks in Canada), and ninety minutes from Writing on Stone Provincial Park, both of which we are surely home to some of the most beautiful spots in the province. The World Heritage Site Head-Smashed-In-Buffalo-Jump is within an hour. And one of our favourite spots in all of Alberta is the Birds of Prey Rescue Foundation (less than thirty minutes away) to see eagles, hawks, and owls up close. The Foundation does amazing work – many birds are rehabilitated and released every year (hundreds!), but long-term residents help educate the many people and school groups that come through.

Being in Lethbridge also means that we’re only two hours from all the great things to do in Fernie, Crowsnest Pass, Calgary, and Cypress Hills Provincial Park. Our opportunities to explore beyond our own city limits are substantial. (And for any visitors to the area, there are also lots of options for accommodations in Lethbridge.) 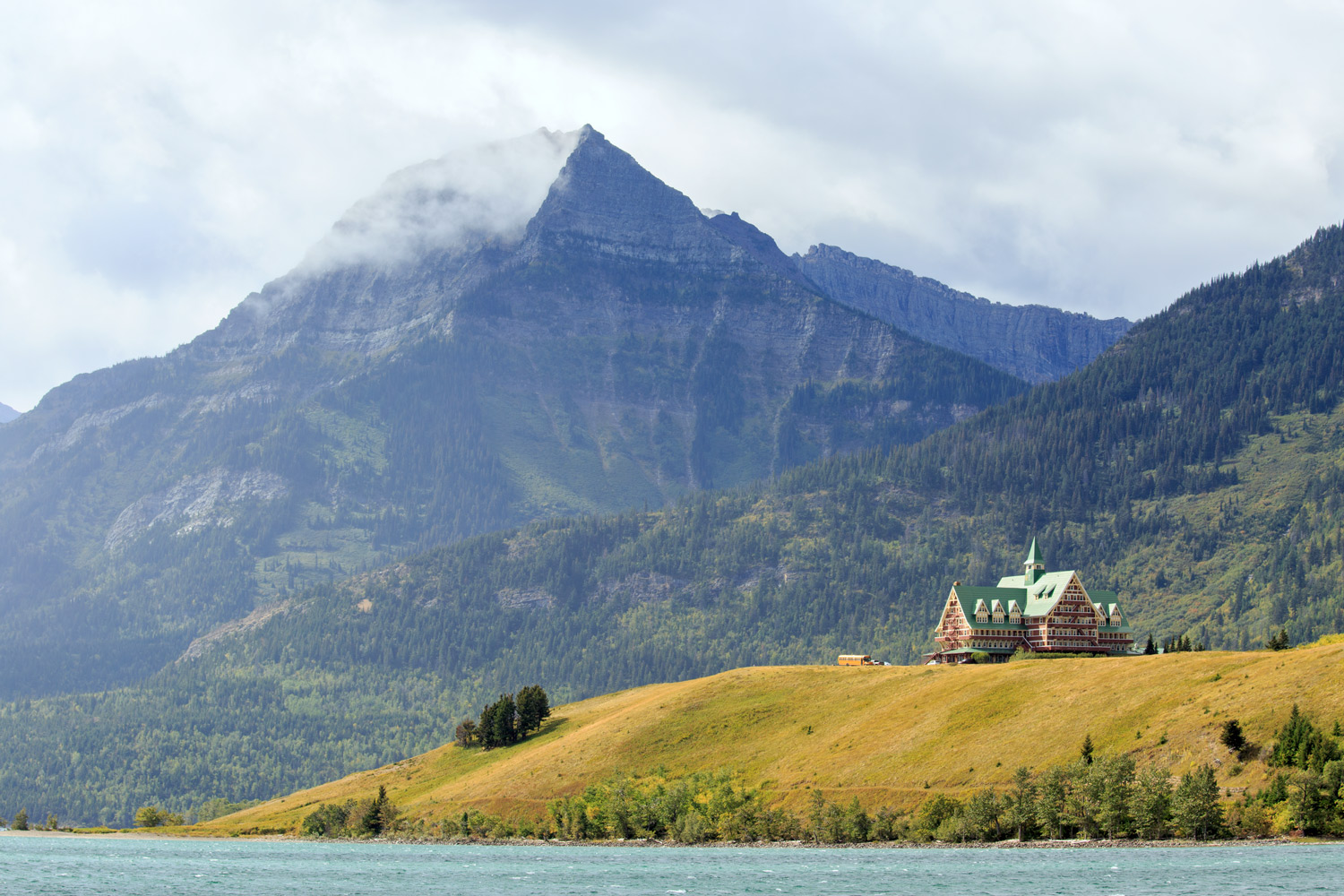 The Prince of Wales Hotel in Waterton, Alberta 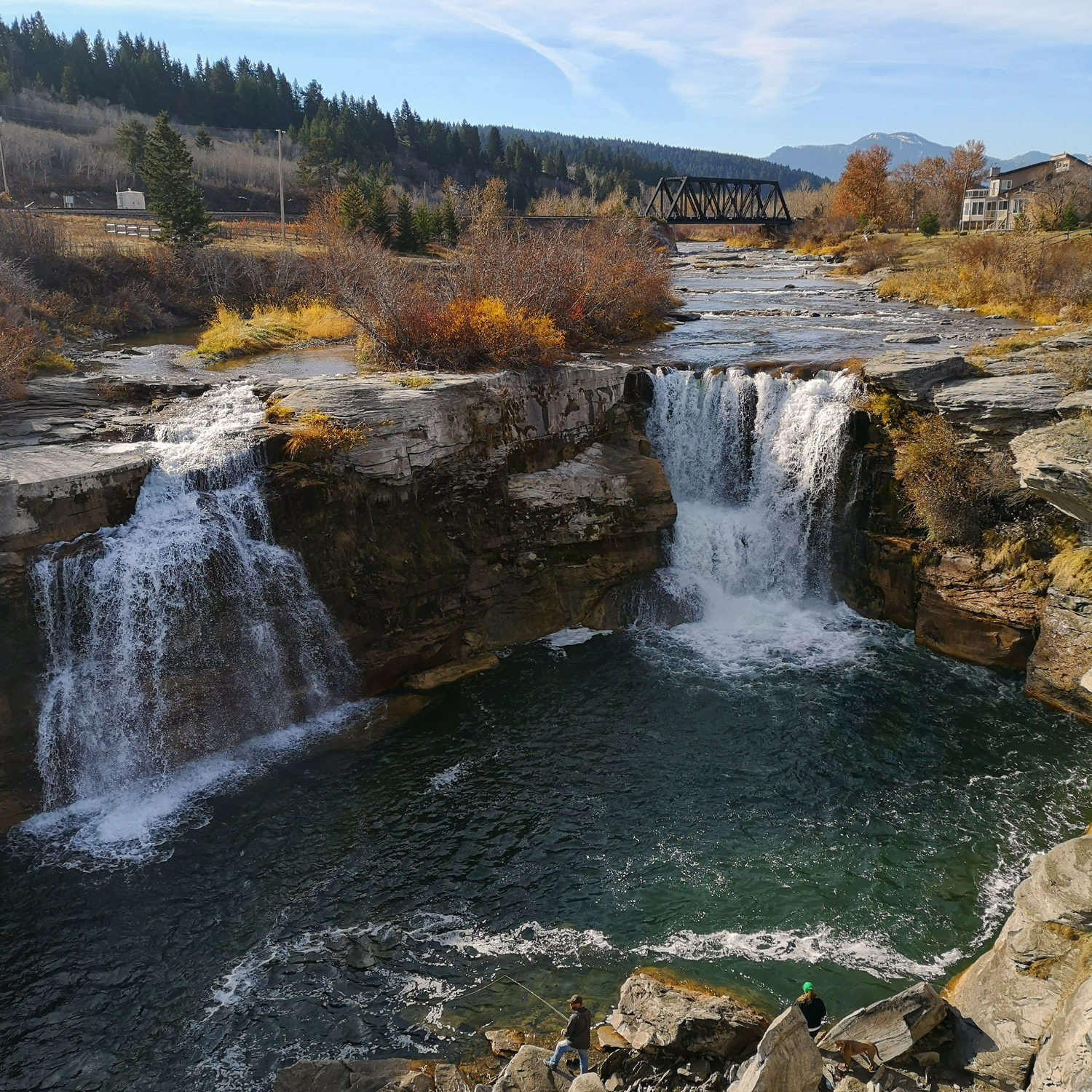 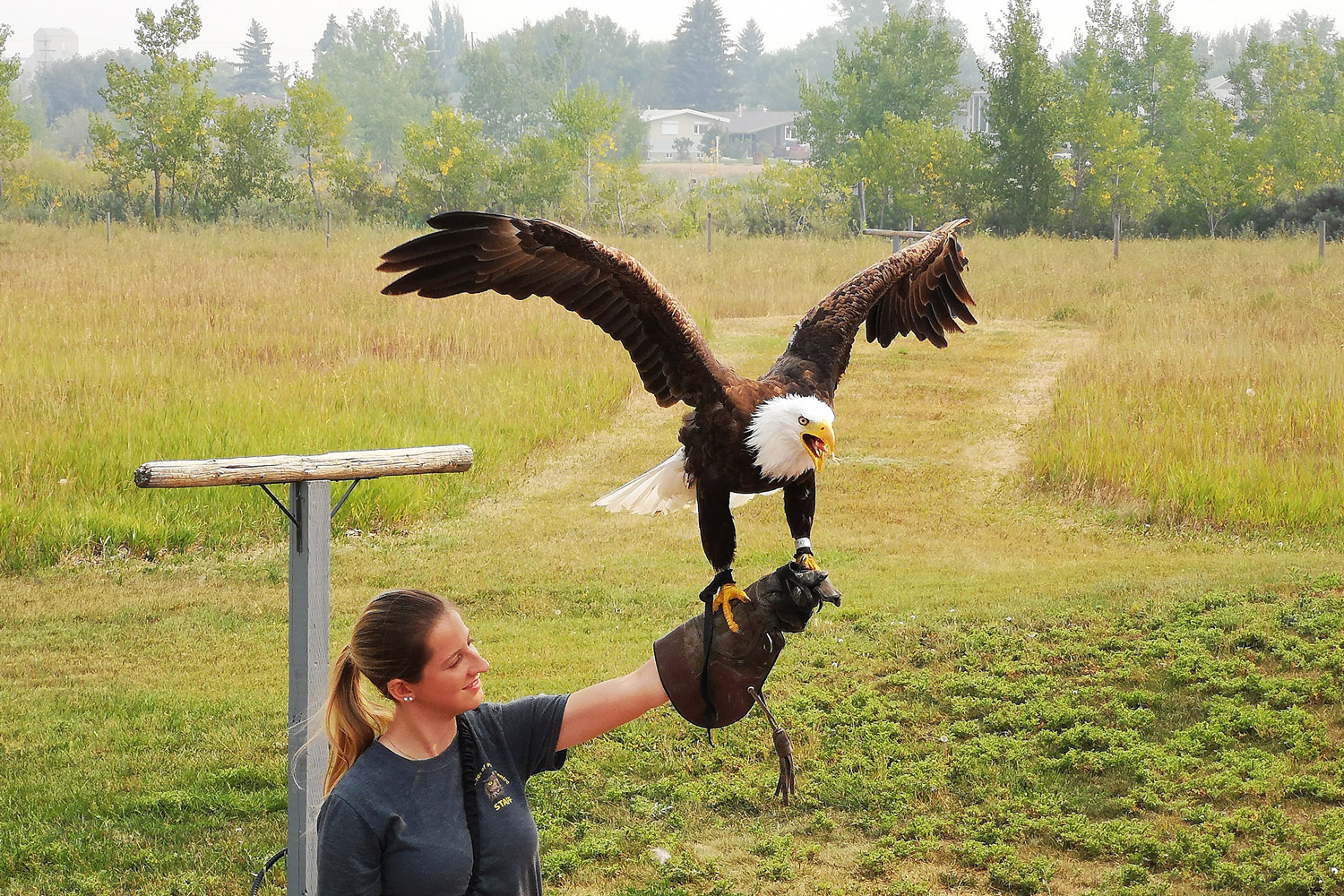 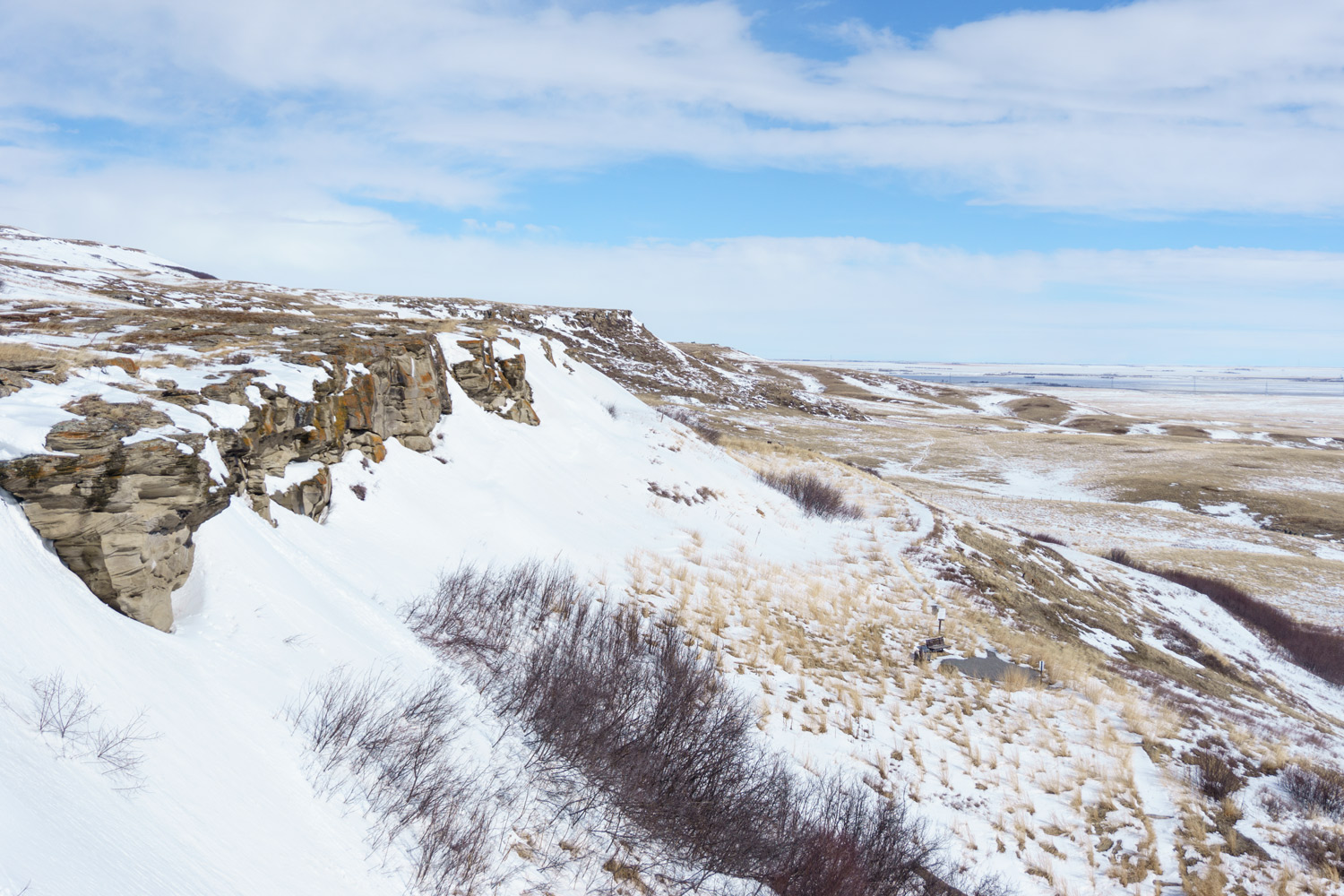 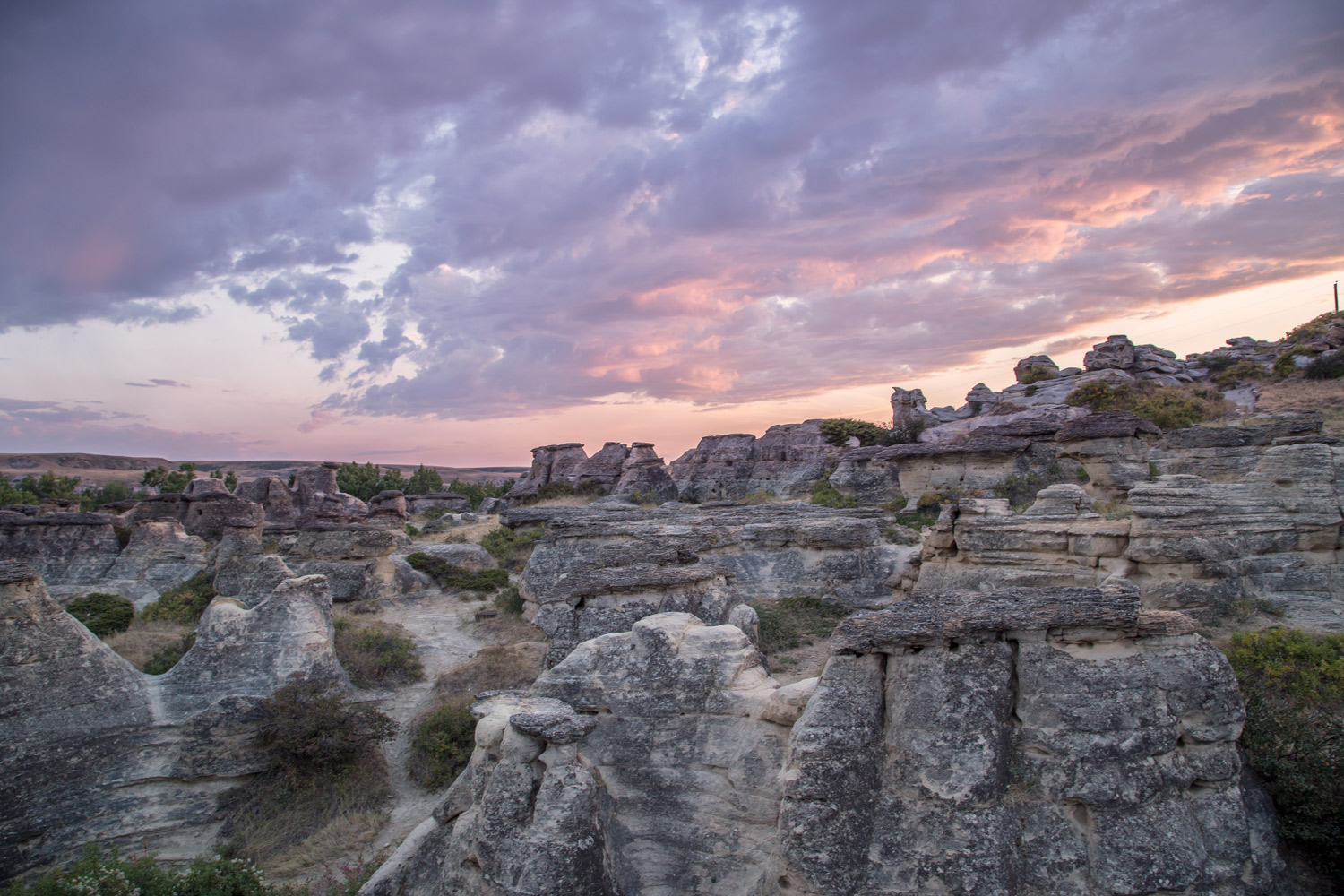 Dare we say that Lethbridge is the perfect center of the vast Southern Alberta universe? We may have never considered it as a home base before, but it is perfectly suited for us now. And we’ll continue to enjoy all of its hidden gems before they are not so hidden anymore.

Arrivals and Departures Kayaking with Orcas on the Whale Superhighway
SHARE 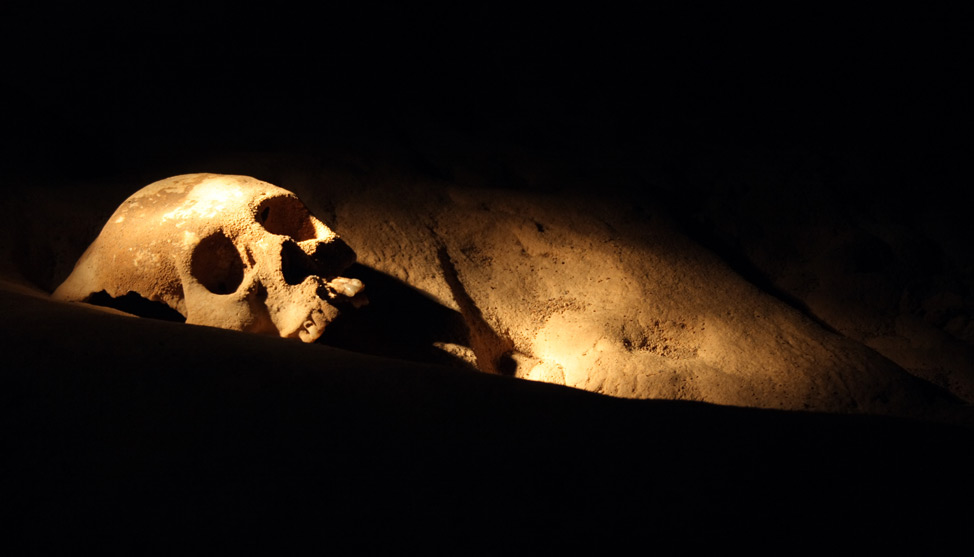