“We’re okay!” I called out in between fits of laughter. In the dark, Pete and I could hear the guides racing to our side, nearly invisible to us as the headlights from our snowmobile pointed skyward. There was not one inch of us that was harmed, nor the machine, but we constantly reassured our dutiful guides that there was no need for alarm.Up until that point in which I drove off track, into a massive snowbank and tipping the snowmobile on top of us, many were unbelieving when I said that it was my first time. I couldn’t fully explain why that was either – Pete’s excuse was his city upbringing, but mine was much more of a stretch. I grew up in the vast frozen north of Alberta and while my family never owned a machine, I could name plenty of friends and extended family members who did. And even in my adult years, two of our best friends are avid snowmobilers and have invited us out on countless occasions. For whatever reason, we never took them up on it.

Apparently it took a trip to northern Finland to get me on a machine. And not just once, but three times in as many days.

Up until the point in which I tipped a snowmobile on top of us, many were unbelieving when I said that it was my first time. 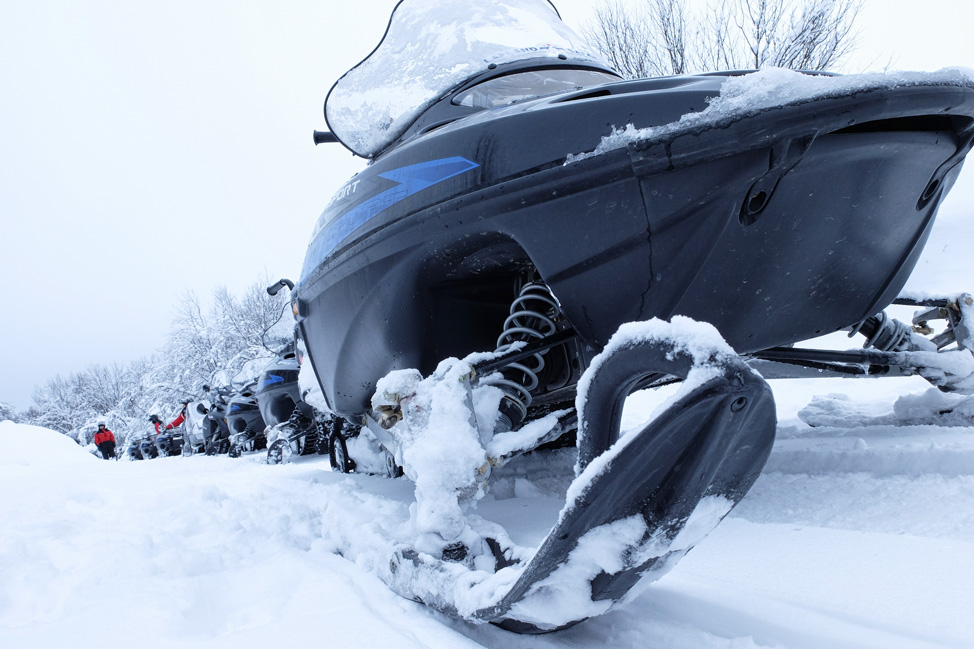 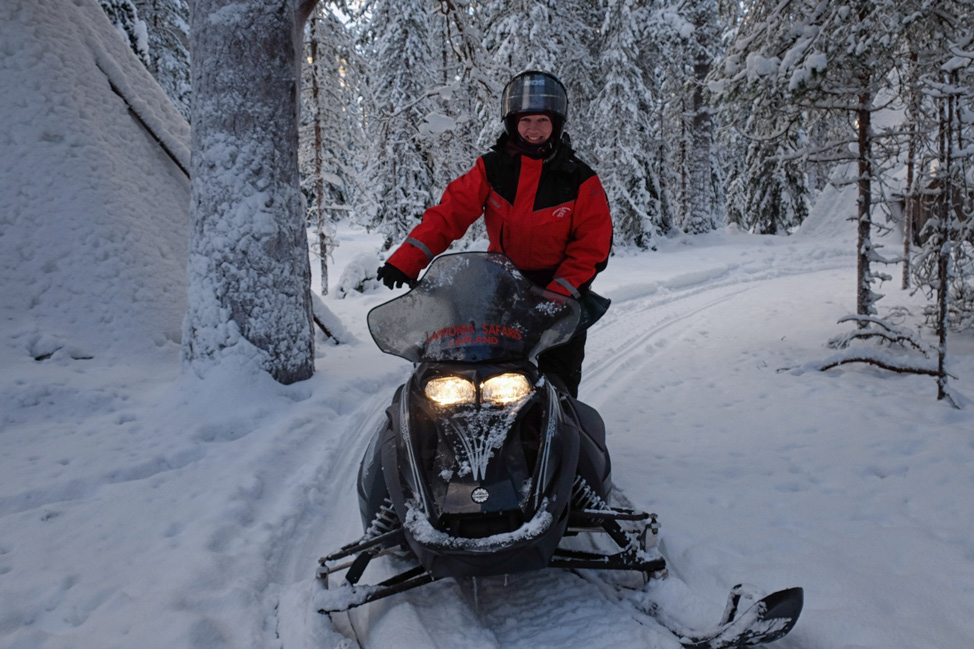 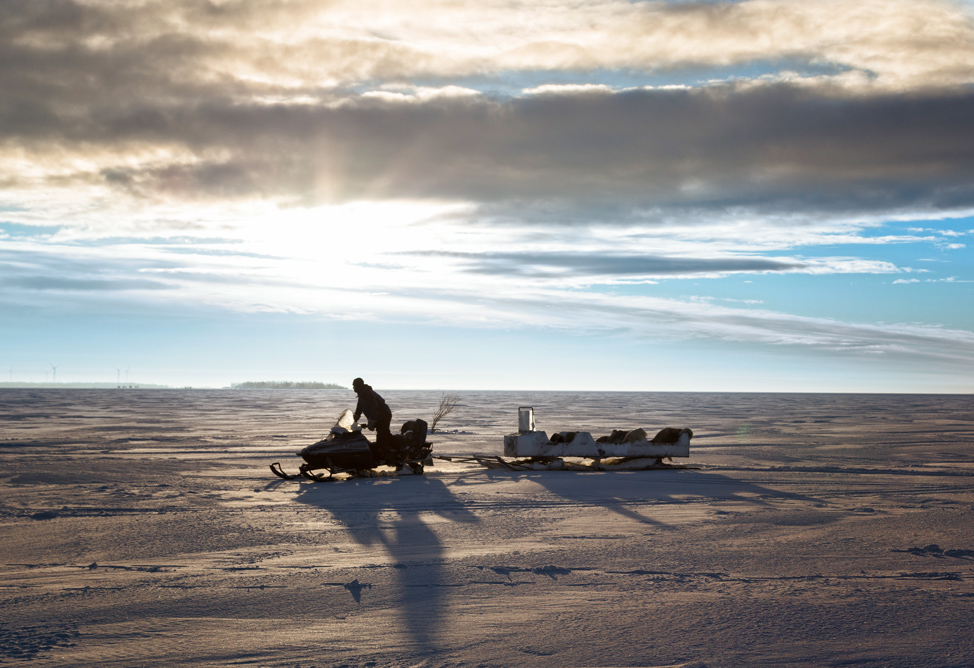 On day one we flew in straight stretches across the Bothnian Bay from Kemi, beaming under our helmets with the first bright sun we’d seen in Lapland. Within an hour we encountered a sled dog team, a fisherman, and a man walking with his one-reindeer-open-sleigh. Only in Lapland, we resolved – acknowledging that this experience would be as unique as they come.Pete even let me do the majority of the driving so he could wield his camera. So by the third day, on one of two excursions in Rovaniemi, as we lay on a pillow of snow with the snowmobile lying on top of us, I will admit that part of the reason we were in that position was that I had gotten a little cocky. I was thrilled with the power of the machine to cruise over the frosty terrain at the slight twist of the throttle and its ability to take us where we could otherwise not go. And I relished the idea that I was probably even impressing Pete, knowing that he considers me too cautious and perhaps a bit wimpy at times. I revved higher, I took corners faster.

And right into snow banks, apparently. I could feel the machine being pulled and my Canadian winter driving instincts kicked in – I eased off the throttle and only gently tried to steer against the pull. What I should have done, instructed later by my snowmobiling friend back home, was to follow her poetic advice: “if in doubt, throttle out!” I now know for next time.

The irony was that I had tipped it just meters before the parking spot. Moments earlier I had been sitting inside a warm kota, sipping sweet hot fruit juice and roasting sausages, learning about the myths and realities of aurora borealis from our guide. Pete was outside, standing knee-high in a pile of snow, taking photo after photo, hoping to capture the elusive lights with his lens even though his eyes couldn’t see them. He burst back in to coax us out when the green had appeared. They were beginning, with no doubt, and our guide suggested that we pack up and head to higher ground.

I was probably even impressing Pete, knowing that he considers me too cautious and perhaps a bit wimpy at times. I revved higher, I took corners faster. 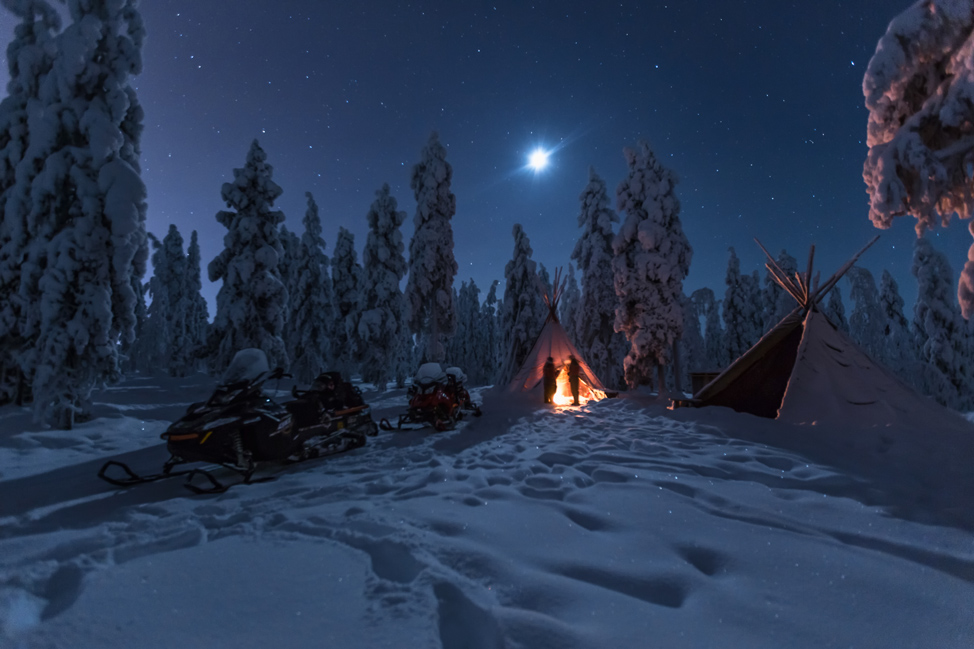 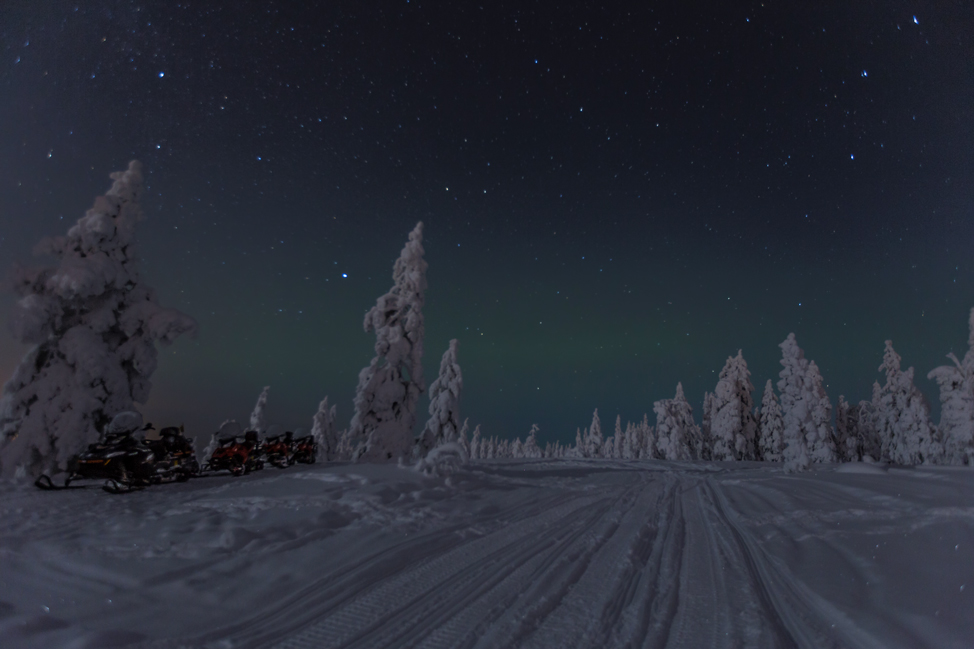 By the time we raced through the woods, tipped the machine, righted it, and set the camera back up to capture the lights, the aurora had not improved and actually appeared to be dimming. Pete and I were eager to wait it out but our time was winding up, and those around us began to shiver from the cold while our slight adrenaline rush combated that on our behalf.

My ego crushed a little, Pete drove from the silence of the woods towards the bright lights of Rovaniemi. I held tight on back as we dodged trees and bounced over ridges in the snow. The grin on my face would last the night and well into the next day after we boarded machines again to visit a reindeer farm down river. As a part of a large group, the scene on the river was busier by daylight and the going was slower.

Which was a good thing, I suppose, as it kept me in check. Because all I wanted to do was test my limits once again. 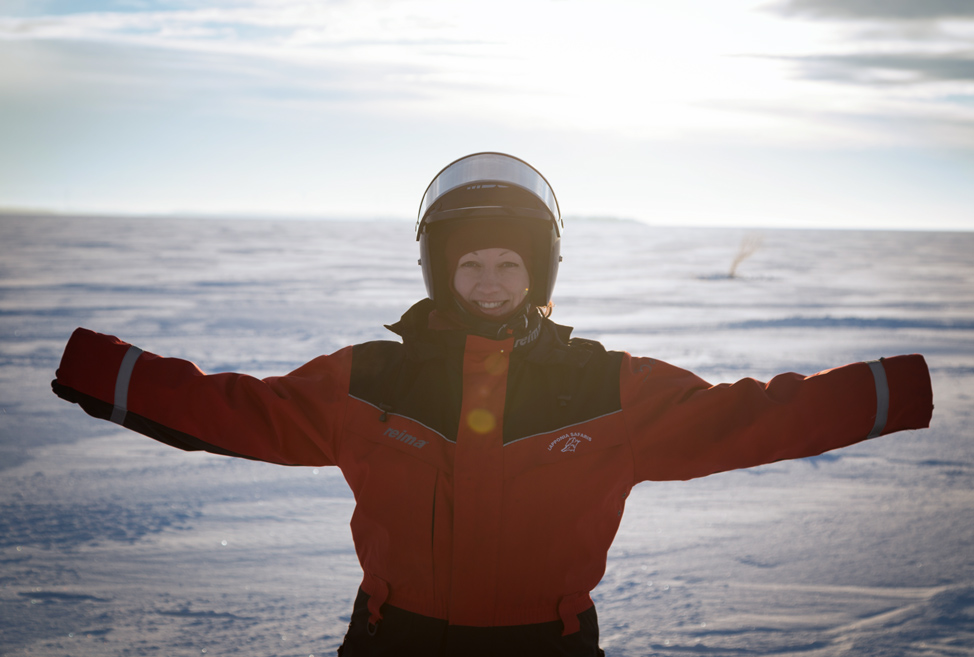 All three of our excursions were with excellent guides and gave us unique experiences each time.In Kemi, the guide from Lapponia Safaris showed us all the highlights along the bay and also set us up for some snowshoeing on an island.

In Rovaniemi, Lapland Safaris offers a wide variety of excursions and we were thrilled to get to test out two. Tipping the snowmobile was solely my own fault and the guides were quick to respond and absolutely attentive.

This is How You Do Winter Dog Sledding, as Intended
SHARE 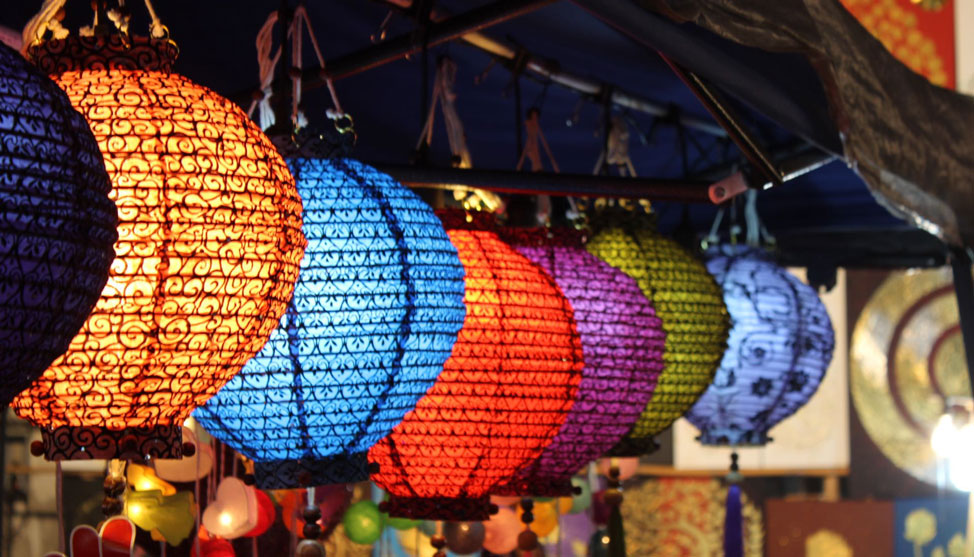 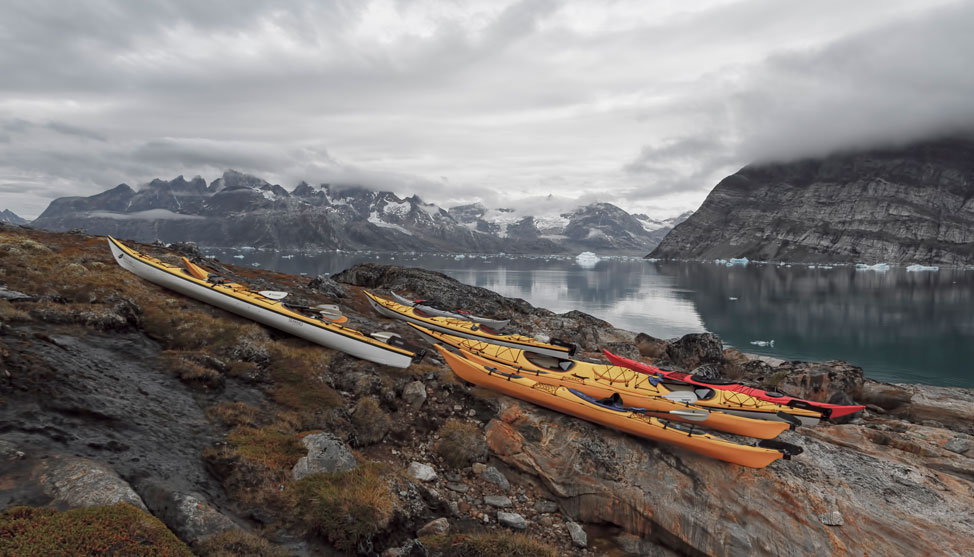