Head in the Clouds

I was hesitant about hiking the Pacaya volcano as reports varied on the difficulty of the trek. It is only eight kilometers in total, four up and four down, totally doable under normal standards. But, as should be expected, three months of sampling Wisconsin beer and cheese had made me a little soft.

About half way up we became engulfed in heavy clouds and the odd large raindrop seeped into and darkened my shirt. The wind was strong and wild, it whipped our clothes and hair viciously, and even tore Pete’s hat from his head. His ‘Lucky Charms‘ ball cap turned out to be anything but as it quickly became a sacrifice to the mountain we were climbing on. I was quite wary that the weather would improve, that we would see more than the rushing wall of white before us. 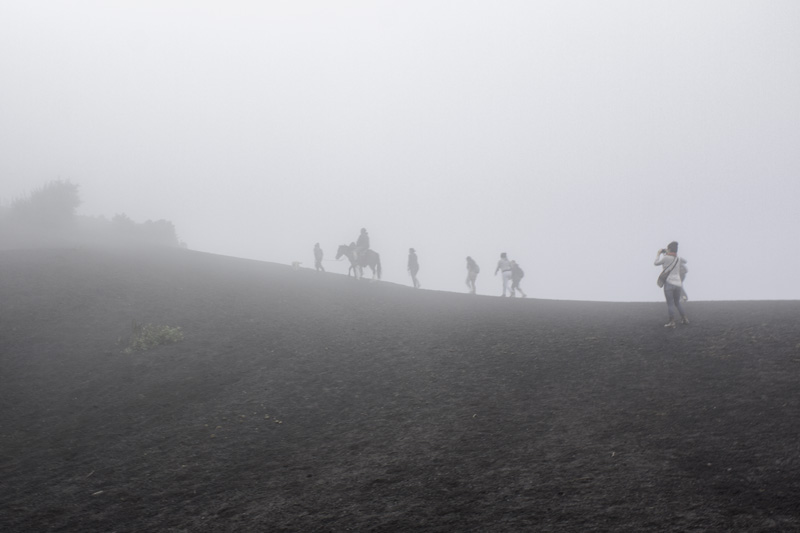 But we powered on, upwards and upwards. We’ve been up numerous volcanoes now, but I don’t think either of us could ever grow tired of them. The other-worldy landscape never failed to captivate, nor the fact that each contained more power then any of us can possibly anticipate. We’ve felt the fringes of volcanic might before, having lived on the edge of a very active one and on the edge of my own fear. But even that was just a brief taste. 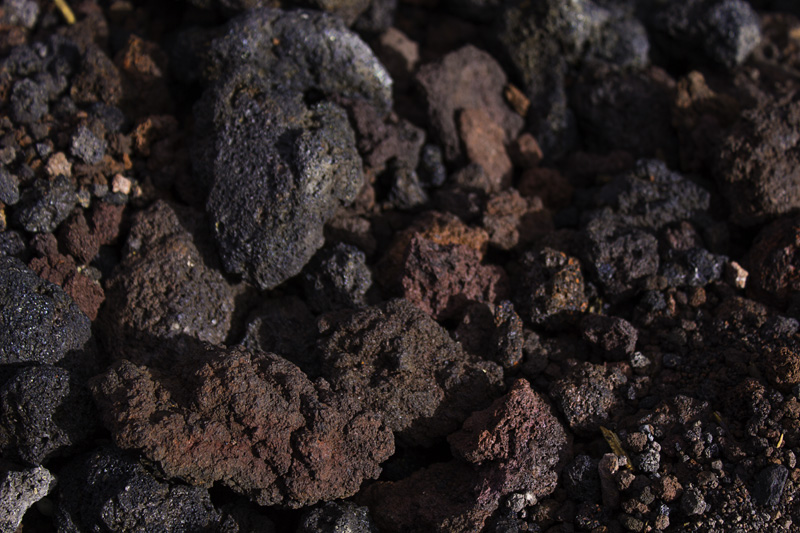 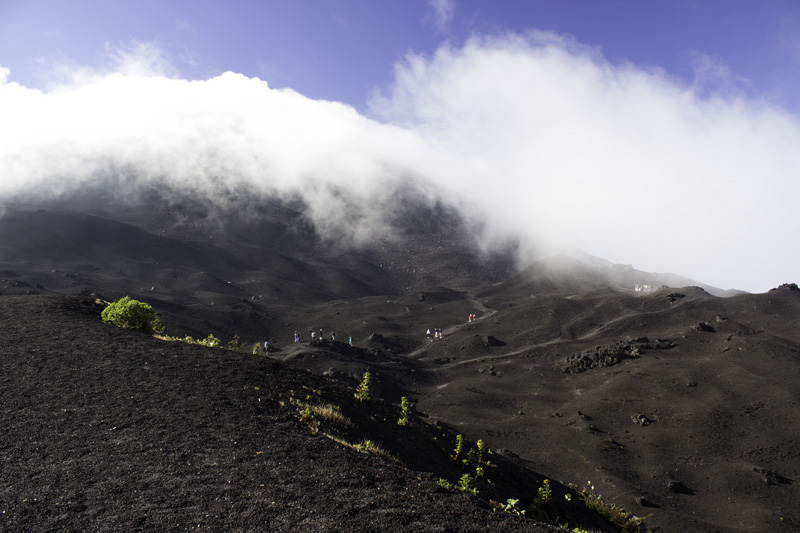 This time, after trekking breathlessly up and down steep hills and in ankle-deep soft volcanic sand, we reached our destination. It was not a crater’s edge or even with a startling view of the scenery around us, but we had the unique experience of roasting marshmallows on her steaming rocks. Many people climb Pacaya to stand near the active lava flows that began in 2006, but we would have no such luck. Sugary treats cooked on sticks shoved into small crevasses would have to do. 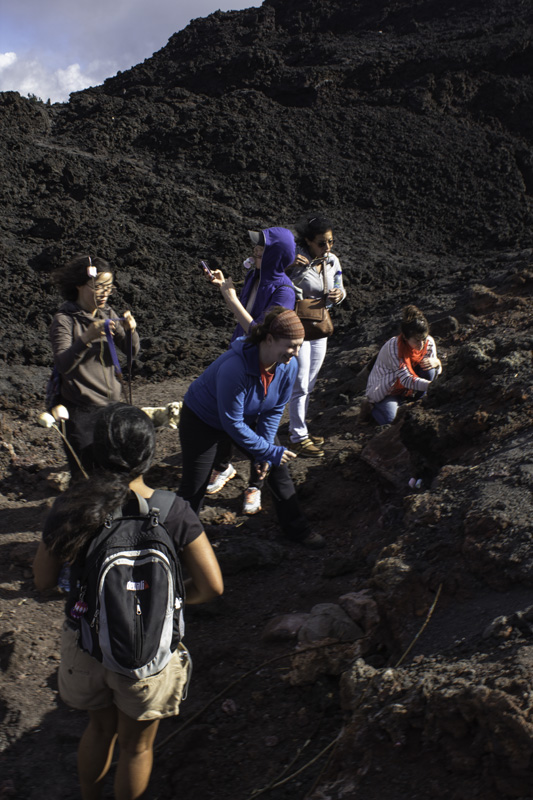 Once done, I sat huddled against the wind a short distance away. I curiously felt a strong compulsion to meditate but the crowd of people distracted. I expect that I was just drawn to the strength of the force on which I sat, or perhaps it was the need for deep rest after putting my soft self through such a climb. Either way, I enjoyed the strange peace that shadowed my sense of accomplishment. 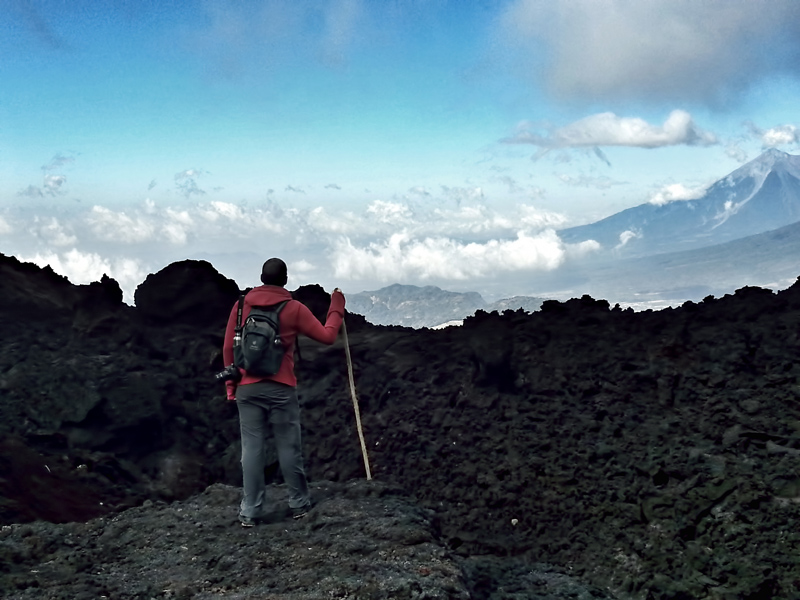 As the group gathered to begin the trip back down the volcano, we were quickly faced with one last devilishly steep incline. I leaned heavy on my walking stick while Pete handed his to another man who was struggling. Pete dropped back to walk beside me, when his fitness level could have easily seen him leading the pack.

“Sorry you have to stay with your wimpy wife,” I said as he took my hand and we began the incline.

“I’m with you to the end honey,” he said, before stopping suddenly to capture wayward horses, eating sparse grass from the dark and foreign landscape. He then added: “Which may actually be soon,” as another gust of wind forced us to both arch our backs in a braced position against the clouds that overcame us. 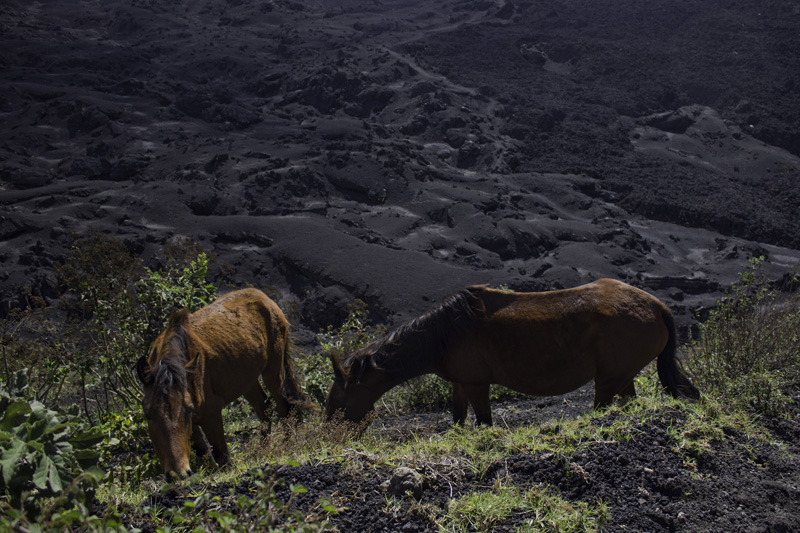 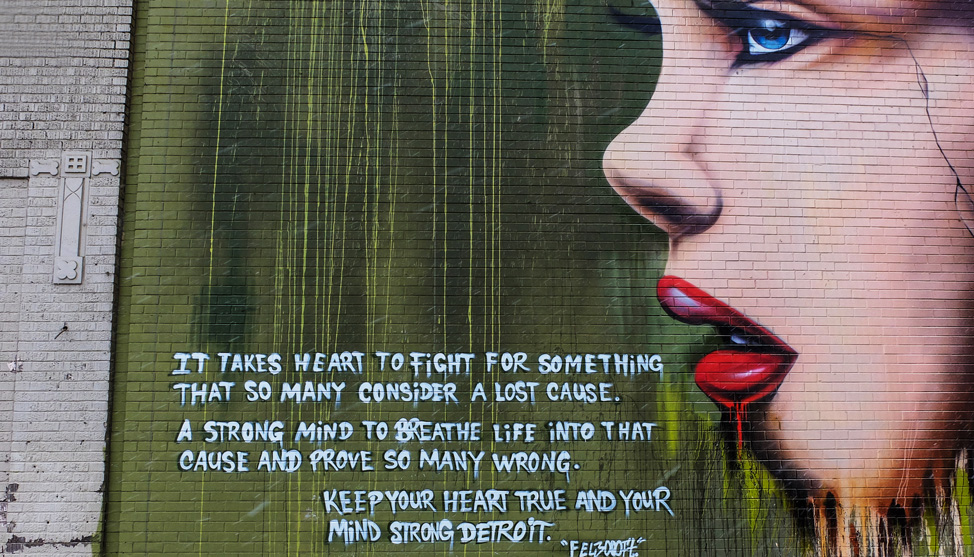 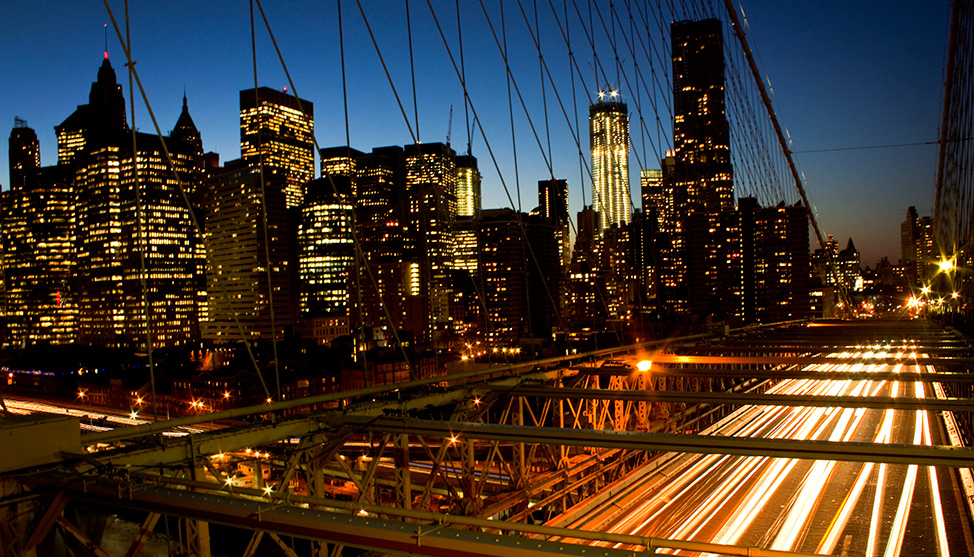 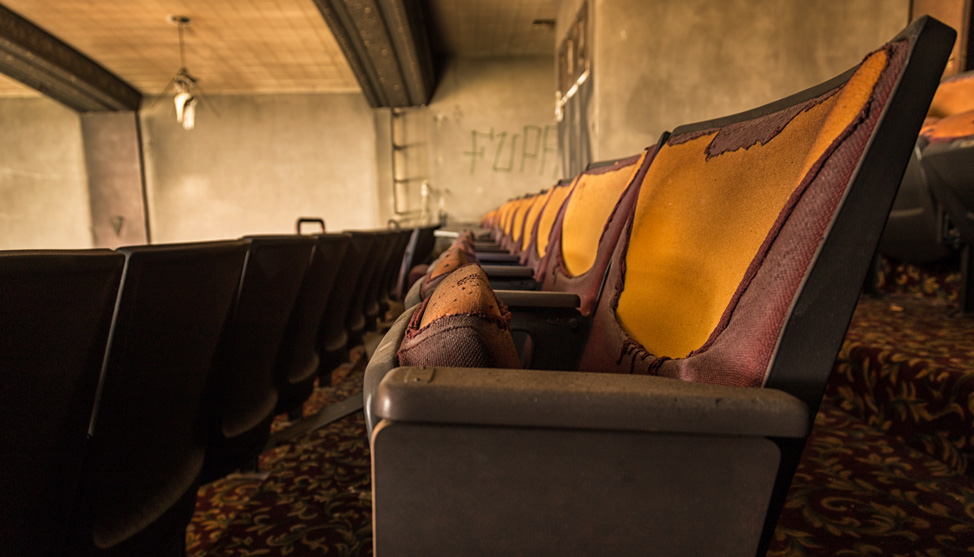