There were a string of weeks, while I was in the hospital during my initial cancer fight, when I could barely do anything for myself. My body was not my own as a battle between life and death raged beneath my flesh.

On the worst days, I scarcely had the energy to move. My mom would take a wet cloth and gently wipe my face because the effort required to do so myself was just too much. At one point, the cloth snagged on my nose ring and pulled it out. None of us noticed for quite some time, and then the ring itself was lost.

At the time I didn’t care, of course, but as my healing progressed, I missed that faux-diamond stud. I missed a lot about my old self actually, as I felt a shadow of what I once was. My hair was gone and my energy to this day has not fully returned. Old shoes don’t fit as my feet are now permanently swollen. My skin is parched and flaky when I’m on maintenance medication. Any muscle tone I gain in between treatments is quickly lost when I spend two weeks in bed every three months.

Improvements have been small and slow, but they are coming. What has surprised me though, given all that I’ve been through, is how much I care about the progress as it pertains to my physical appearance.

It started when I re-pierced my nose almost a year ago. 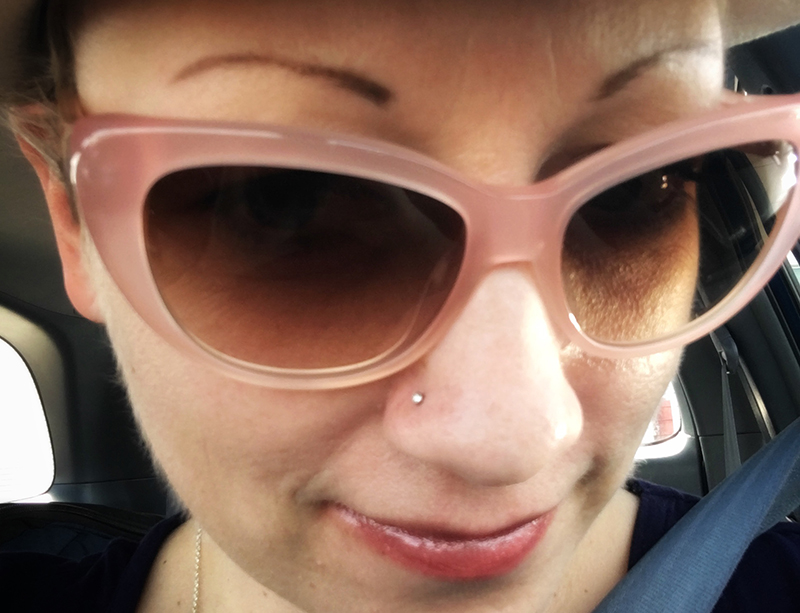 Over years of nomadic travel, I’ve come to care less about how I look. I mean, don’t get me wrong, I barely leave the house without mascara on, but there are many things that I easily let go of. It didn’t bother me that I only had three outfits to cycle through on a weekly basis. My skin care regiment was very limited (who has space in their luggage for more than a small tub of Oil of Olay?), and I’ve always cared more about tasting every kind of cheese on the planet than what said cheese would do to my hips. There are times when I did feel underdressed or undermakeuped and inadequate, but those times were few and far between. I always thought that if people couldn’t get past my wrinkled dress or frizzy hair then I didn’t want to know them anyway.

The line between self-care and self-indulgence has always been ambiguous to me. For the same reasons I struggle to fill a home with furniture, or spend money on styling it to be my “own”, I have the same battle with my own appearance. A big and full closet feels wasteful. Caring too much about my looks feels vain.

So then I was surprised at how good getting the nose ring felt. (Well, not the actual piercing part, which hurt like a muthafucker, but I got through it by reminding myself that I have endured much worse pain – like actually having bone removed from my body via a needle bigger than what punctured my nose. And no less than three times.) Having that little bit of flair made me feel like I was actually putting myself back together. That tiny piece of glitter made me feel defiant and strong.

And so I continued the trend: 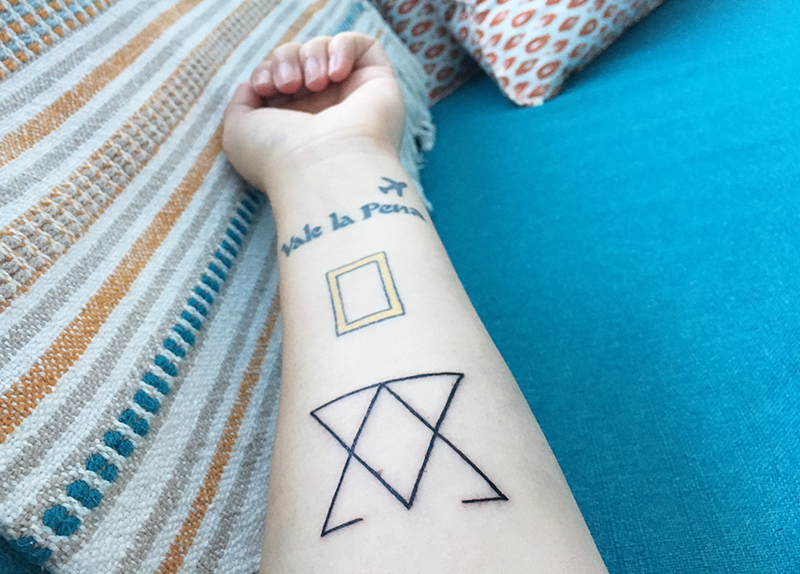 With any post entitled “self-improvement”, I assume that readers would expect it to be about self in the more metaphysical sense. And this typically sappy writer with Irish cheddar-hips would normally agree with you, as I have certainly written much about that as well.

But I am also beginning to understand how this part is important too. Evolution happens in any number of ways. Mine will now just have better eyebrows.

P.S. As always, I value your opinions too! I’d love to hear from you on this, and welcome discussions on our Facebook page.