I can’t remember one instance ever, when in our settled lives in Canada, that anyone asked us how much money we made in our jobs. Nor do I think I ever dared to ask another that same question. Because if I did, I expect I would have gotten a sharp none of your f’in business in return.

Yet now, Pete and I get asked it constantly. Sometimes even with very harsh undertones, dismissing our lifestyle as one that can only be had with a trust fund in place. I get it – although we try to balance the telling of the highs and lows of this nomadic life, it can appear quite glamorous in a passing glance.

But it’s also hard not to take it to heart because only those who know us well understand that we worked damn hard to earn ourselves this lifestyle. And maybe that’s the problem – even though money is the one thing we most frequently get asked about, we have shied away from talking about it in detail here. Mostly because hey, it’s none of your f’in business. Although maybe it’s not fair that we’ve left out that one big detail. We’ve been completely honest and have revealed so many other intimate details of our life, we’ve decided that it’s time we fess up here too.

It started with this interview in Canada’s largest financial magazine that was published online just last week. Now, despite the fact that it is written from my perspective, I didn’t write it (I cannot for the life of my understand why they chose this format.) I even had to insist that I get to review the final copy, and even then all of my suggested changes didn’t get in. So there are some big things that are just simply incorrect, but overall, it does tell most of our story.

To fill in some of the blanks…

We started our journey in a better position than many, thanks to getting into the housing market at the right time (although getting out just *slightly* too late – we listed just at the beginning of the big crash of 2008 and figured we could have netted $100K more if we had listed a month or two prior), and also because we worked our asses off in our twenties.

Like most young twenty-somethings, we left university with a pile of student loan debt, despite working throughout summer holidays to help pay for school. I took the first entry-level job I was offered upon graduation. I never bought my first car until I was 23 and could afford the payments on my own. I started contributing to RRSPs as soon as I could.

I’ll never forget one day, a few years into my corporate career, when my boss pulled me aside and said that my future was discussed during planning meetings within our department. He wanted to put me on the list of “to watch” people who could be on track for the executive, but didn’t know if I had the drive or the willingness to put in the long hours to get there.

And for the next several years, that’s what I did. I worked my ass off, climbed quickly and got to a six figure salary far quicker than I ever imagined. Pete was never far behind me. Bonuses paid for wonderful vacations but also bought us that ridiculously large house that netted us a big profit later.

I look back at that time now with a twinge of regret but also with gratitude. My twenties were a complete blur and I wish I had spent more time enjoying my life, friends and family. To this day, I have a hard time being in Calgary’s downtown core without feeling a pit in my stomach. But, if it wasn’t for those crazy years and the money we earned, maybe we wouldn’t have this freedom we do today. Maybe we wouldn’t have even had the guts to leave home in the first place without that cushion.

So we left home with full pockets, but without a clue as to what the future had in store for us. Maybe we’d hate it and return to resume what we left behind. Maybe we’d buy a B&B somewhere in South America and live out our days. We didn’t even know what a travel blog was then.

A year into it and we were burning through our money, spending it with a YOLO mentality. After a quick stop home after that first year, we knew we wanted nothing more than to get back out on the road. And we also knew that we needed to change our ways to enable permanent travel.

Enter housesitting (as a major way to keep our costs down plus enjoy slow travel), and the birth of this here blog. We weren’t sure then if it would make us enough money to sustain us, but we were hopeful. And we knew it could at least help.

(You can read more about our blogging journey here, which includes some estimates on how much we were earning per hour worked on the blog –> Beginning, After Year One, Year Two, Year Three, Year Four)

That was almost five years ago now, and things have really changed!

We put our ALL into the blog at first and it became our full-time job. I’m not going to pretend that blogging is hard – sure, it can be time consuming – but it is also insanely fun and never feels like work. We’ve earned money by selling advertising, freelance writing, freelance video and a multitude of other things.

A couple of years in, when we were still dipping into our savings from time to time, we made the realization that the blog alone wasn’t going to sustain us. (At least, not via the way we like to operate our blog.) Pete and I had also long ago decided on our “bottom dollar” – a specific level in our savings where we would force ourselves to rethink what we were doing – and we figured we had about a year or so until we’d reach that number.

And so Hecktic Media Inc. was born, and ramped up much quicker than we ever imagined. The funny thing about this work is that we are using so many of our corporate skills we thought we had shed when we left downtown Calgary years ago. We’re back to negotiating, writing contracts, drafting proposals, keeping track of dozens of spreadsheets. It’s the best of what we used to do and what we’ve learned about the travel industry – and we love it. We get to work with some really cool travel brands and even cooler bloggers, and the best part is that we feel like we’re contributing to the industry as a whole.

It’s also paying off. We’ve almost earned enough to replace the savings we’ve spent and we are releasing a big product in the next couple of months that should cement our position going forward. Yes, we’ve lost our carefree YOLO ways that we had in South America as we do work quite hard, but at the same time we feel purposeful and we’re not worried about our future. We’re also not aiming to become millionaires here – far from it – we just want work we enjoy that will help us continue this journey.

CAN YOU DO IT TO?

At the end of the day, this is our story only. We have little advice to give on what you can personally do to make this life happen (which is why we’ll point you to this post on how to travel long term where we list many ideas from others), because everyone’s situation is so different. We are NOT those people who left home and grew something from absolutely nothing. We don’t have a boatload of advice to give on how to do that.

We ARE quite privileged in that we were each born into good families inside a prosperous country that gave us excellent opportunities (and passports to let us move around the world quite freely). But everything we’ve built since then I consider to be the results of good decision making.

So when we get those emails that ask us: (1) What do you do to make money? (2) How much do you make each year? (3) How can I do the same? (4) How much money will I make if I do this? I hope people realize how hard these are to respond to. The best answers I can give are these:

(1) Most of it comes from Hecktic Media, but we still earn a little from our blog and related pursuits (Pete, our “Master of Coin”, states that we earned less than $15K from the blog in 2014, and we expect to slightly beat that this year. We could do better, but have instead focused our attention on more profitable ventures). If you are getting into blogging for the money and think it will be an easy ride, think again. And then think again, again. There are very few people who live solely of their blog, and most find their way by building multiple income streams over several years like we have.

(2) None of your f’in business. Haven’t we revealed enough already? 🙂 I will say this – we haven’t dipped into our savings for almost two years and if we didn’t make another dime for the foreseeable future, we could get by for well over another year.

(3) Each journey is our own. Take your own set of unique skills and see how you can translate it into a business that you can do online from anywhere in the world.

I really wish I could be more helpful in this regard and I know it’s always easier to take a leap when you’ve got some assurance that your idea will work and your future will be secure. As freelancers, income comes and goes, and we don’t always know what we will make from month to month (especially if the value of unicorns drops). Living this lifestyle does require some serious nerve.

Thanks to our workaholic ways we had an easier start than some, but that doesn’t mean it’s not possible without a big safety net. And in fact, if you want to start your own online business, I would suggest that it’s probably easier to do so while living on the road as you can actually do so for much cheaper than if you are still settled in North America. Save up some money, hit the road, and see what happens.

It takes a leap, no matter how much money you have in the bank, and no one can give you all the answers.

P.S. This new blog post format was supposed to be short snippets from behind the scenes. Why are these first two so long? We’re going lighter for the next one, I promise.

P.P.S. If this is the first time you’ve visited our new feature “In Real Time”, you can read all about why we are doing it here, along with our first post from last week. 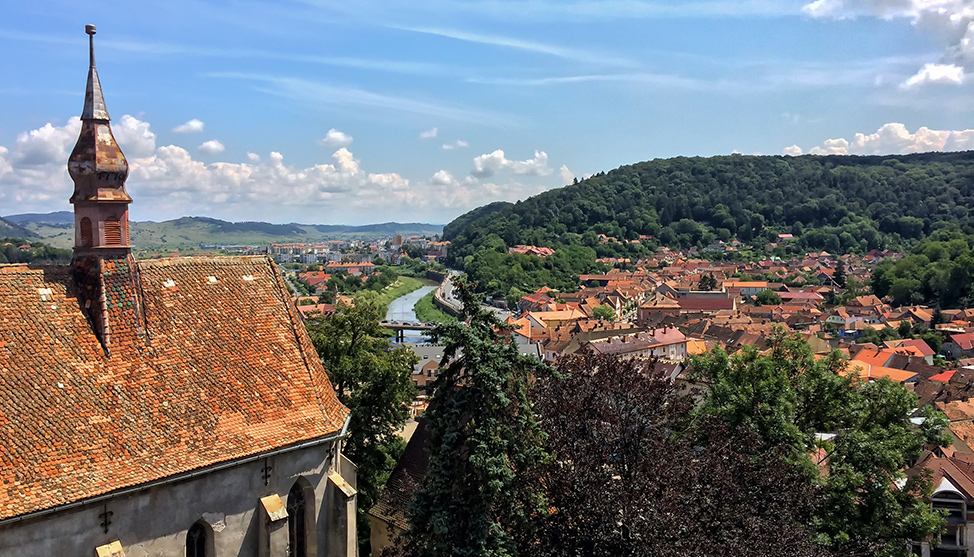 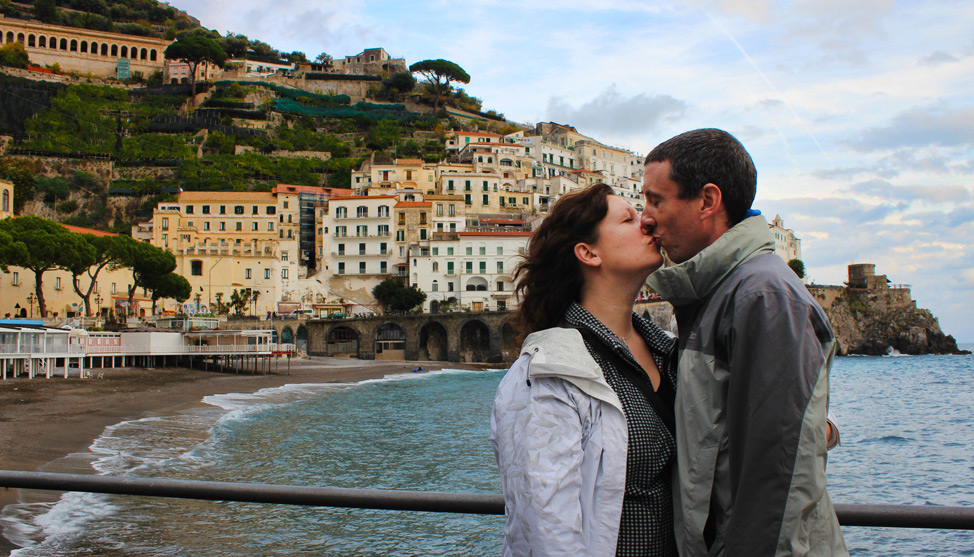 15 Comments... Read them below or add one of your own