I have long since dumped the idea of looking for “balance” in my life. Striving to achieve that can be a frustrating and futile effort, and suggests a moderate and steady (boring?) existence, without the extreme highs and lows that life is going to suck us into anyway whether we like it or not. And even though at the time it may not feel like it, it is within those extremes where the greatest moments lie.

With every bit of harsh pain comes the chance to overcome it. And the opportunity to celebrate even the tiniest improvement. From being bed-ridden for treatment to finally making a walk around the block – it may not seem like a major achievement to anyone else, but for me, it’s like finishing a ten kilometre race. Getting on a plane for an extended stint of work and travel is my trek on the Camino de Santiago.

This trip around Europe has been a whirlwind. 7 weeks of travel (enabled by my 10 treatment-free weeks allotted every 3 months), seemed like a really good idea at the time.

Lo and behold, and this is probably a surprise to no one, at times it was far too much for me to handle.

I survived, obviously, which I guess is what really matters. But while I am brimming with stories to write and new memories to savour, I am also much worse for wear. My body feels beaten and aching, my brain desperately craves rest. I am returning home to face another treatment soon, and although I will curse it while I endure the gross side effects that accompany it, I have to say that the forced rest will be welcome.

This trip brought me immense joy in one minute, but often much pain in the next. But I know that compared to all of our previous trips to Europe, this one will feel like a standout. The memories from the many highs and lows feel more permanently imprinted. 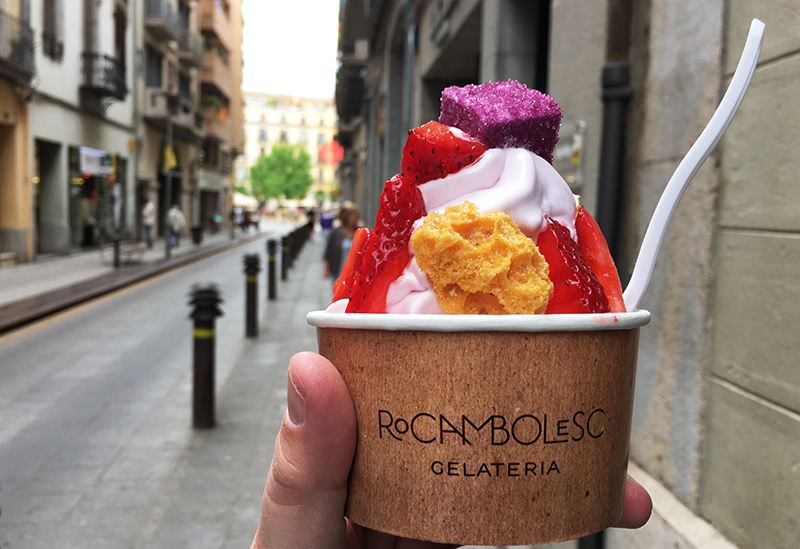 Gelato worth living for

— Like taking that first bite of coconut and violet gelato from Rocambolesc in Girona. During the worst of my days in the hospital, there were a few “when I get out of here…” aspirations that I had. Eating that gelato was one of them.

— Having a gin and tonic on a patio in Girona, right next to the Sant Felu Basilica. This is the image that always comes to me when I think of that small city I love so much, so recreating that moment was imperative.

— Forced naps alone in the apartment we had for the month. Taking rest that I didn’t want but knew I needed. At least I had the Cathedral bell tower as the view from where I lay.

— Reconnecting and deepening our friendships with the dear people who we have gotten to know through our work with the tourism board there. Sharing battle stories, mine within my own body, and there’s with their government. We are all hopeful for the future.

— So many unique travel moments in Costa Brava. Watching full nets come in on a fishing boat. Savouring every bite of eleven courses over a four hour lunch. Standing close enough to a human tower that I could hear and feel the intensity of all involved.

— So many unique personal moments that reminded me that despite everything, I am damn lucky to live this privileged life. I never thought I would be that person who says “I almost died so now I have a renewed LOVE OF LIFE!”, but that is definitely me now.

— My breath escaped me, my hands tingled and my heart raced out of control for several scary minutes. I had felt the anxiety brewing the entire week before, due to extended hours of work, unanticipated stressors, and self-inflicted pressure to keep up. My brain and body had had enough, and erupted in an attack that took days to recover from.

— My monthly blood test gone awry. Was it an error in translation? A miscoding within their system? I was either presented with some results that weren’t mine, or I was walking around with dangerously low oxygen levels in my blood. My doctor insisted it was the former as I was not clearly symptomatic, but I spent a good number of hours in a panic until he was able to call and reassure me.

— A visit from a kindred spirit, one of few in this world with total empathy and understanding. We took turns talking a mile a minute and came away with relief and a deeper appreciation for each other.

— Landing in country #57 – Serbia. Remembering that kind Serbian man who helped us buy train tickets and told us some of his country’s secrets. 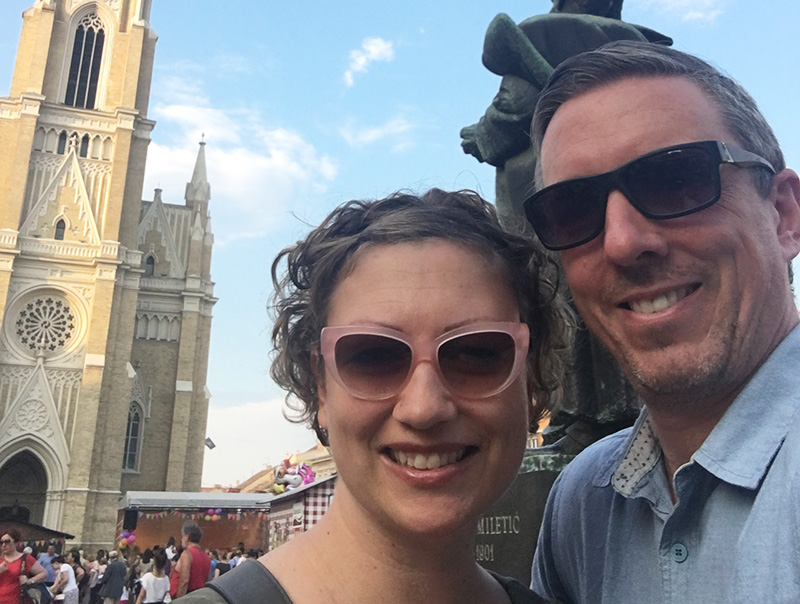 — Spending one of those Serbian days trapped in bed by a headache that consumed me.

— Getting outrun by a 35-week pregnant friend in Budapest. Confirming what I always suspected: that she is indeed a superhuman. (But also that I am super lame.)

— Connecting with friends like it has been two weeks since we last saw them, not two years. Having real fear that that baby was going to come out early because of extended periods of laughter among us.

— Rekindling our love affair with Paris. A hilariously bad attempt at recreating a photo. Eating a pot full of melted cheese (again). Hugging clients who became friends (or friends who became clients? I don’t remember the order. Either way, they are precious friends first now), as well as meeting new and fascinating people.

— But spending most of those Paris days in bed, recovering from the late nights that Parisians keep but that I can barely manage through. It is often less about the physical fatigue then it is about giving my healing brain a break. The static and ache that moves in late in the day makes it feel like my noggin weighs a hundred pounds and will tip me right over if I move too fast. The chemo-induced neuropathy and diminishing of balance doesn’t help either.

— So many moments spent doing one of my ultimate favourite activities: riding trains with long stretches of staring out of windows and watching countries roll by. (All 2,500kms were near idyllic, only disrupted by the one attendant who scolded me for having my feet up on the seat. They were clean, I swear!)

— Stopping in Maastricht, Netherlands for a few days, and meeting up with one of the first people we ever met on our travels nine years ago in Bolivia. I thought I had done a pretty good job of publicly keeping my emotions in check throughout this trip, until I saw Aafke. Cue a solid spell of ugly crying.

— Onto her home city of Amsterdam, with our only plans consisting of hanging out with Aafke and her family. This city is nice and all, but they are what we’ve come for.

— Preparing to head home without having entirely depleted my stash of painkillers. That’s a win, right? 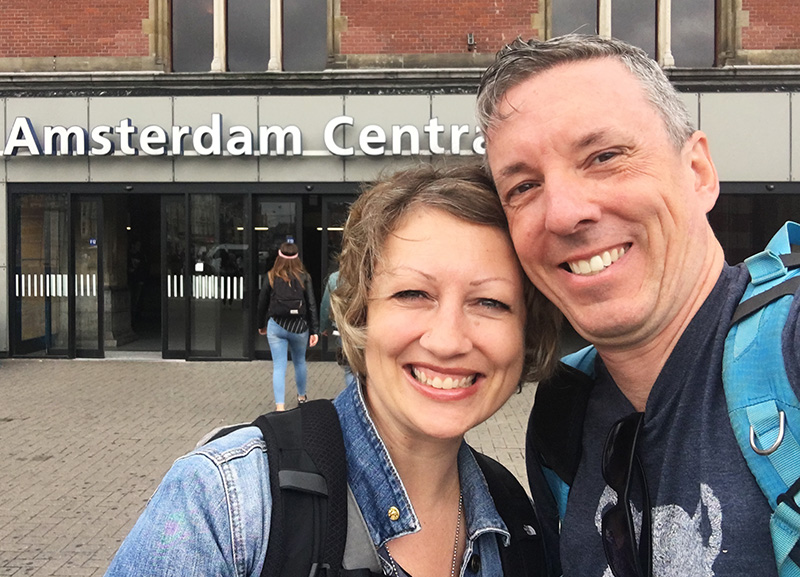 Last stop! Smiling because the painkillers were working.

In total, I will say is this: it was lovely. And awful. And painful. But fucking fantastic.

And I was a trooper. I surprised myself with how much I did. Did I pay for it? Sure. And even thinking of the emotional and physical strain I felt at times still brings tears to my eyes.

Some of these moments will become expanded stories on the blog. Others, I will just cherish and keep within. But there was no doubt that this was one trip for the ages.