I didn’t expect to like Greece. Maybe I didn’t even want to.

During our quick ferry ride from our corner of Turkey to the island of Lesvos, I had already turned my nose up at our destined country, thanks to a rather rude lady who wouldn’t move her bags to let my mother sit down. Pete was quick to make an assumption that Greeks are rude and I agreed with him. “I think I even read that somewhere,” Pete said.

I also immediately dismissed the looks of the port town of Mytilene, declaring it not near as pretty as from where we just came. Everything was a comparison. 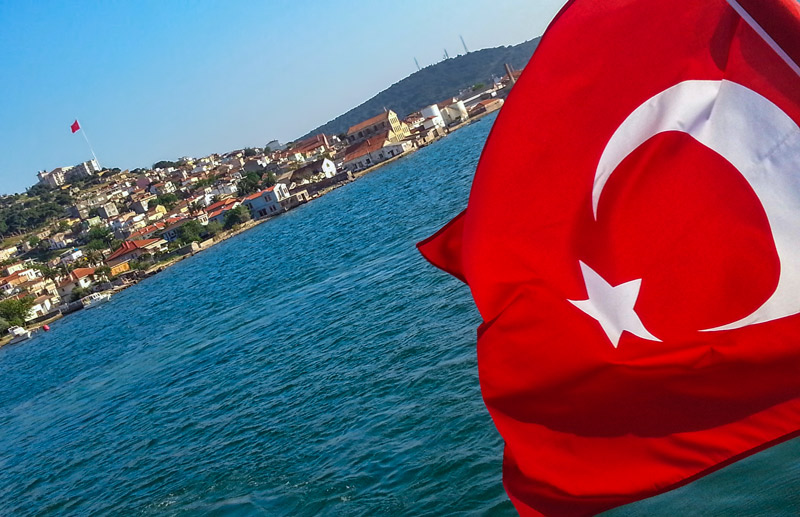 With Turkey in our rearview.

How quickly prejudices can take hold, if you let them. We believe ourselves to be fairly open-minded and non-judgmental, but there we were, swearing off a country before we had even stepped into it.

Our quickness to judge, we realized later, likely stemmed from one particular source: our love for Turkey. It’s no secret that there has been an extremely rocky past between these neighbouring countries, and it is one that endures. We felt defensive of a place that feels like home, ready to loathe their enemies in solidarity.

That is quite awful of us, really. And pretty snobby.

Especially when we later realized how wrong we were.

Greece is lovely. The people are so friendly and hospitable. The coastal scenery is sensational. And the food…oh, the food. 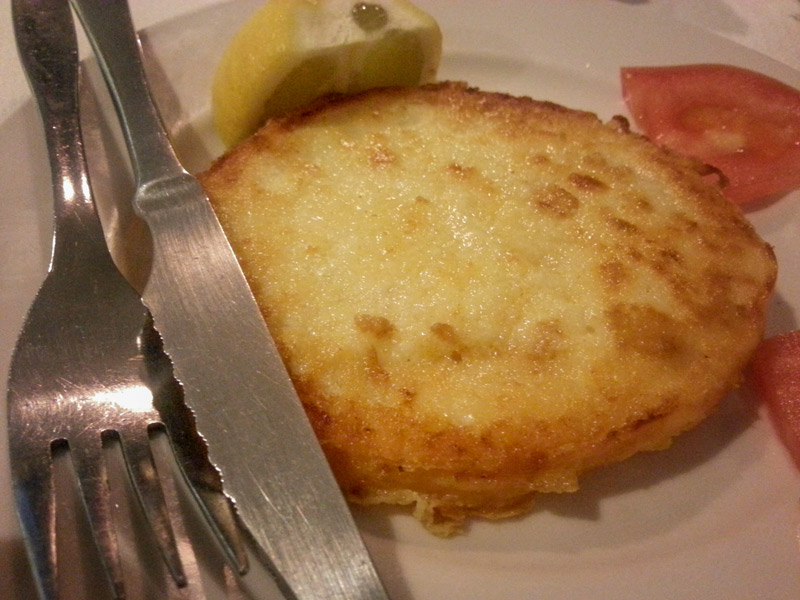 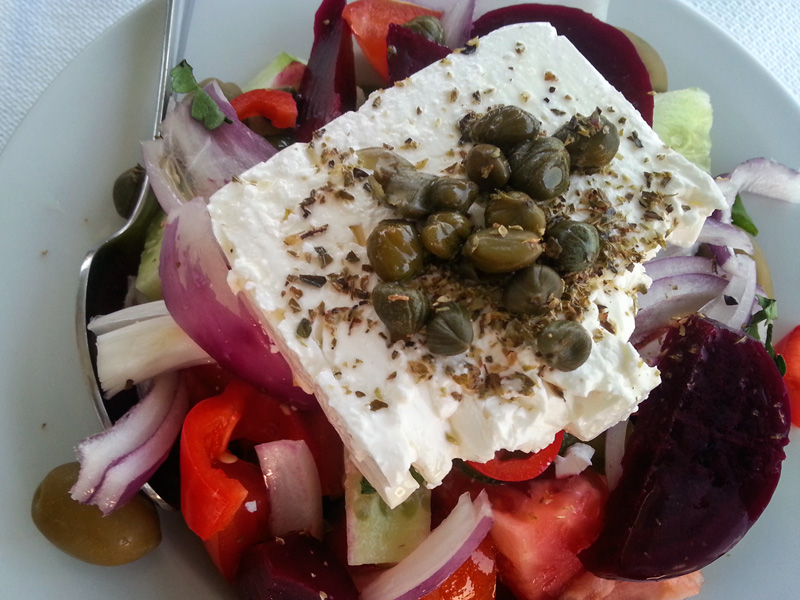 THIS is a Greek salad! 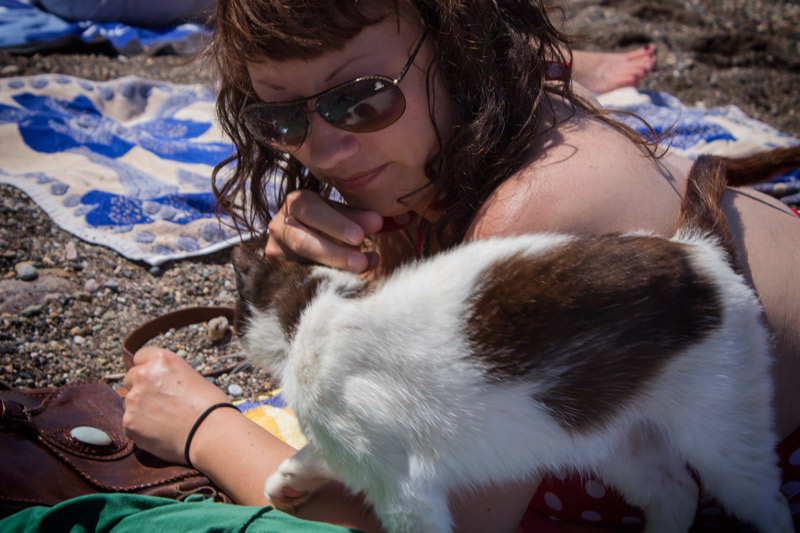 The kitties are as welcoming as the people. 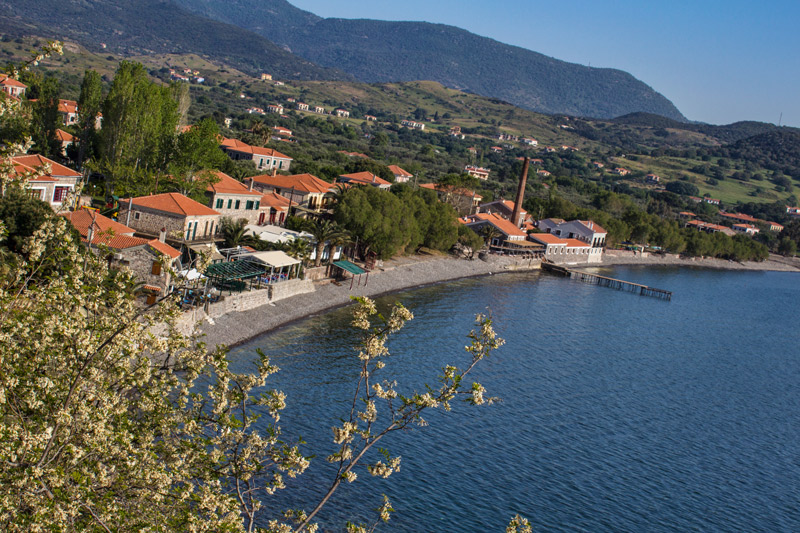 The town of Petra. 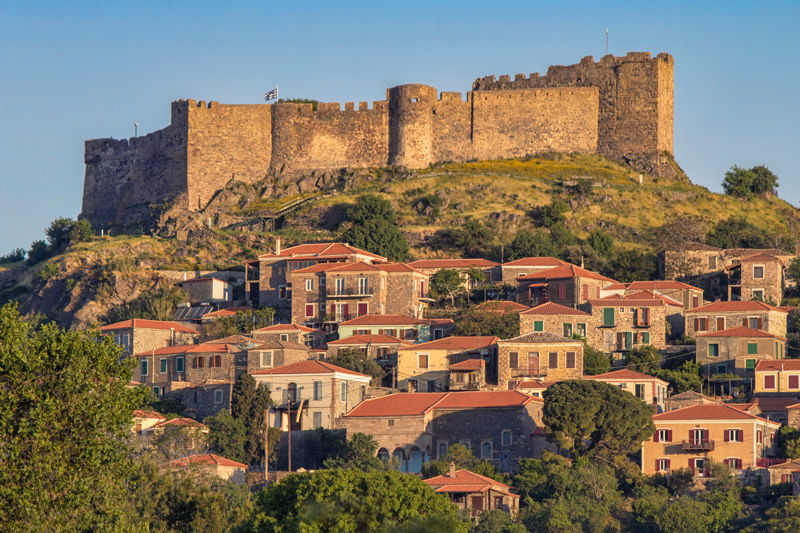 The Molyvos Castle. The lady who rented us a cottage kept calling it “our diamond”. 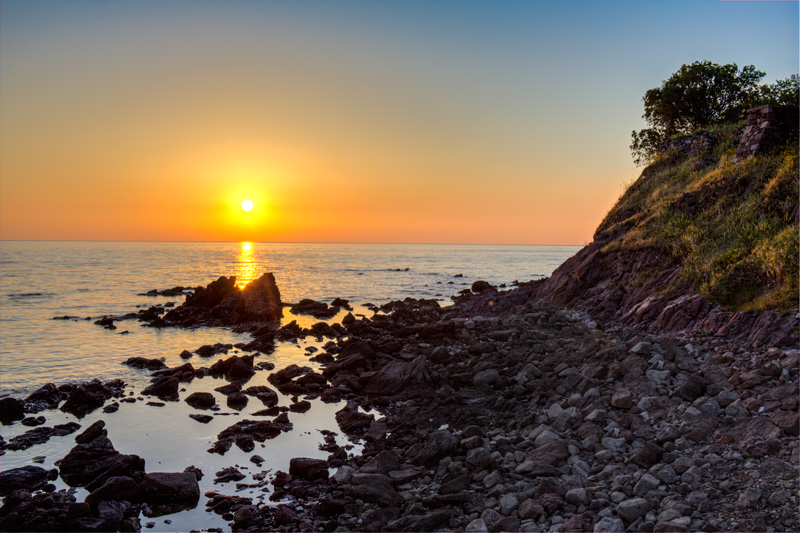 Can never get enough of Aegean sunsets.

It’s not a bad thing to be protective of that which we love, I suppose. But to judge another based solely on that was highly unfair of us.

Forgive us Greece – we’re excited to share more of you with our lovely readers in the coming week, and to pay you back with our tourist dollars when we return in the future (which MUST happen). 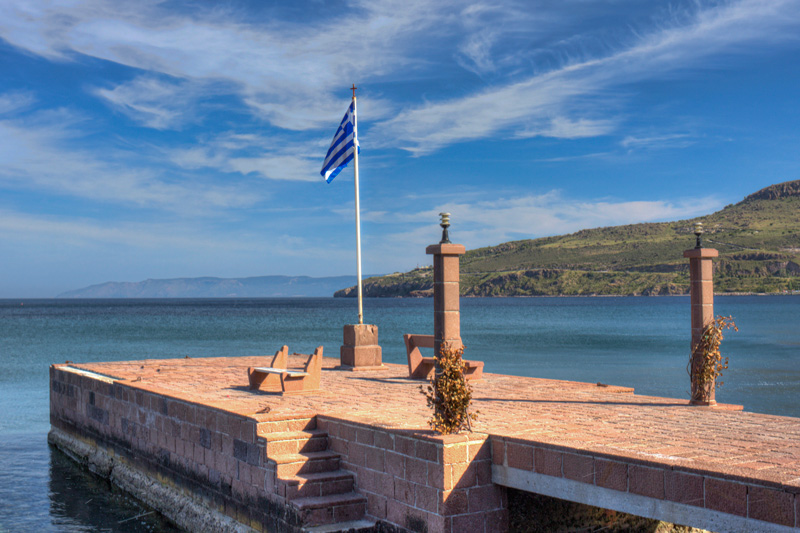 The Loss of a Giant: Our Most Difficult House-Sitting Experience Risk and Reward
SHARE