I knew the moment I walked in that I didn’t stand a chance.

As we entered the first dimly lit room where large, simple photos of Anne graced blank white walls along with chilling excerpts from her famous diary, the lump in my throat was immediate and pressing.

“We have to whisper and tread lightly during the day, otherwise the people in the warehouse might hear us.” – Anne Frank penned on July 11th, 1942. Herself, her sister, her parents, and four others stayed hidden in several small rooms above our heads for almost two years before being discovered by Nazi Secret Service during World War II. 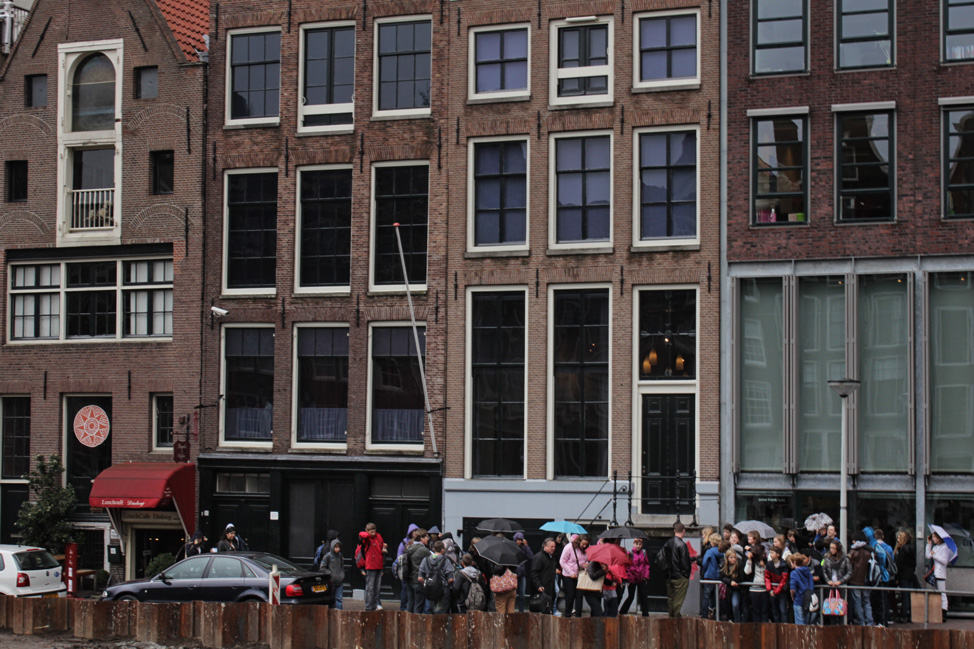 The queue to get into the house is always quite long. It is the second one in the left, with the blacked out windows.

The museum on the Prinsengracht canal, one of the most famous spots in Amsterdam, guides visitors through each room of the actual house, starting with the warehouse on the bottom floor, where the Frank family business continued under non-Jewish management. These friends kept the secret of, and provided for, the families hidden away. Up the narrow stairs and through a small room is a moveable bookcase that concealed the doorway to the secret annex. The small rooms that the eight of them occupied are bare of furniture but contain small replicas depicting what sparse belongings they did have. The walls are decorated as they had been during their doomed occupation.

Anne’s room is plastered with pictures of movie stars. The thought of all her hopes being pinned on that wall, her only window to the outside world, while the actual panes of glass in her home were covered in black sheets, made me catch my breath. The repression, the darkness, the suffocation.

But that isn’t what did it.

It wasn’t the black and white portraits either, of the seemingly joyous teenager that was Anne. All of them within the house are of her smiling, displaying a spirit that believably could withstand anything.

It wasn’t even the chilling text that is displayed with these pictures, the quotes from her diary that brought reality to her anguish. It also wasn’t the tiny television that showed images of the British liberating the Bergen-Belsen camp where she had been held with her sister, the liberation happening just one short month after her own death. It wasn’t the images of the piles of discared bodies, or the flaccid skin that draped the bones of those who had “survived”.

The small rooms that the eight of them occupied are bare of furniture but contain small replicas depicting what sparse belongings they did have. The walls are decorated as they had been during their doomed occupation.

It was, finally, a picture of Otto Frank that allowed for a little release of my emotions that were bottled almost an hour before.

The picture of Anne’s father was taken in 1950 upon his return to the secret annex on Prinsengracht. The sole surviving member of the Frank family, he brought his daughter’s famous diary and story to the world, and was instrumental in setting up the Anne Frank House.

And he stood in that annex, several years after losing his wife and two daughters, staring woefully, solefully, at the empty room before him. Light streamed in through a window, likely never seen during his days in captivity there, casting a long shadow behind him, and filling his mind with thoughts completely inconceivable to me, to anyone.

He was probably the least fortunate of them all – being the only one who had lived through and escaped the concentration camps. Left to live with the memories, the pain, and most probably, some guilt. Yet his commitment to push through that, to bring Anne’s story to the world and teach peace and tolerance is nothing short of phenomenal. 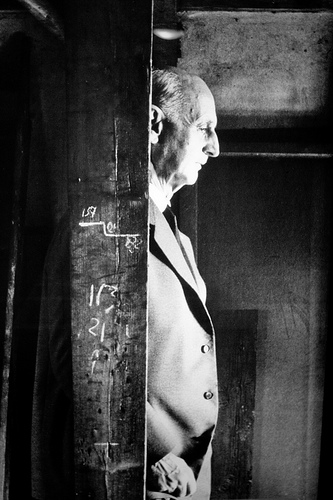 “To build up a future, you have to know the past.”

Bicyculture Day to Night in Amsterdam – In Photos
SHARE 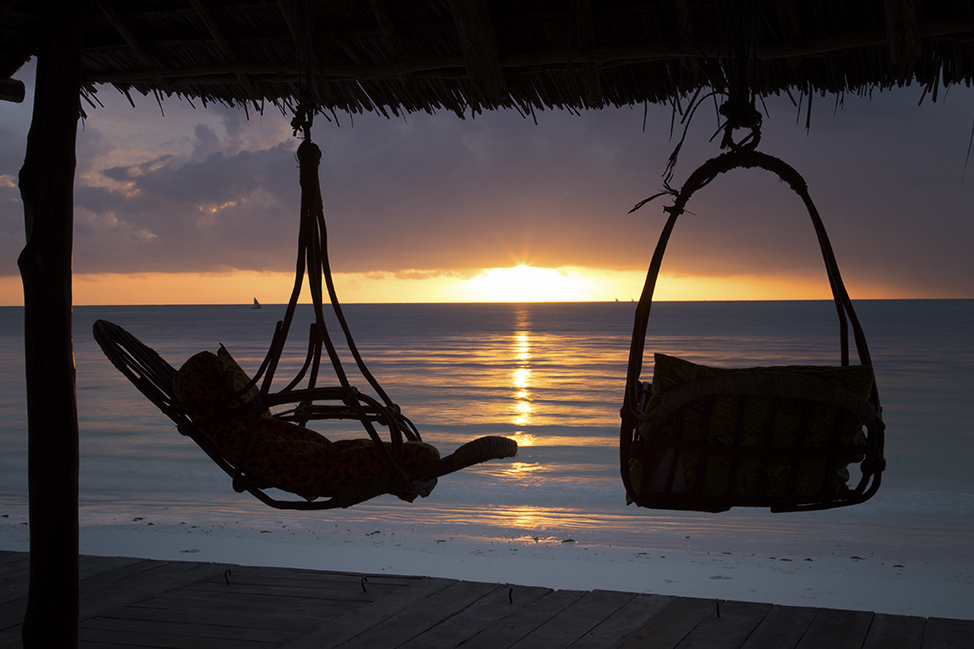