Words and Photography by Simon Fairbairn
We have recently been welcoming guest bloggers to our site (because of this). And some of the first people I was eager to ask to contribute were Simon and Erin. They are two of our favourite travellers in the world and are behind one of the very first travel blogs we ever read! Also, Simon is hilarious, which you will find in this post. ~ Dalene

I am not a natural traveller.

I am not someone who relishes being led around some random South American bus station by a variety of well meaning but incomprehensible strangers to the front seat of a beat up old minibus and then having sacks of potatoes piled around me.

Erin, on the other hand, rubs her hands with glee as we sit in a vehicle that last saw a full service during the Clinton administration. She then casually mentions that in the next city we’re going to we shouldn’t be outside at night, as if self-imposed curfews in steel-fenced apartments are the most natural thing in the world. Her eyes literally sparkle with delight. “Isn’t this exciting?” They say. No. No it bloody well isn’t.

“Isn’t this exciting?” her eyes say. No. No it bloody well isn’t. 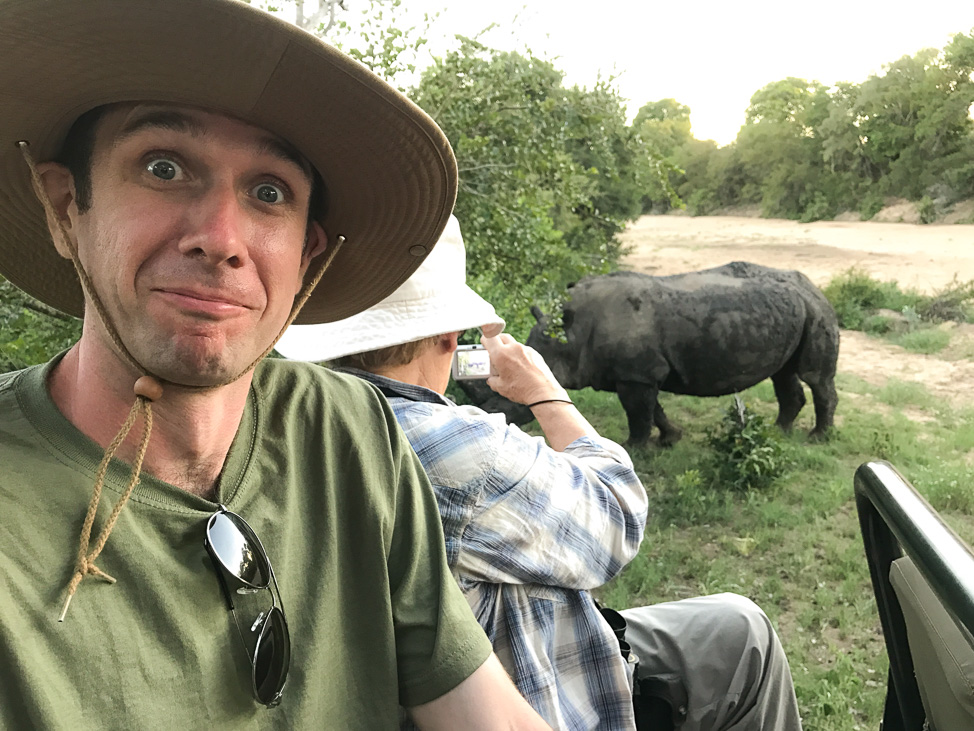 This I don’t say, allowing myself a single tired sigh. For all the good it will do, I pull down the seatbelt only to find that the latch at the side of the seat was removed a long time ago (to make way, no doubt, for more potatoes).

Relationships are about compromise so, like any reasonable partner, I congratulate myself on doing all of the compromising. Then we head off, our driver reaching speeds more suitable to the Nüburgring than the rough, potholed tarmac of an Andean mountain highway, off on another adventure.

I wasn’t always this happy-go-lucky seeker of new and exciting experiences.

When we first started, I was an avid reader of the Dangers and Annoyances section of the Lonely Planet. It was by far my favourite section.

But seven years on the road can change a man. 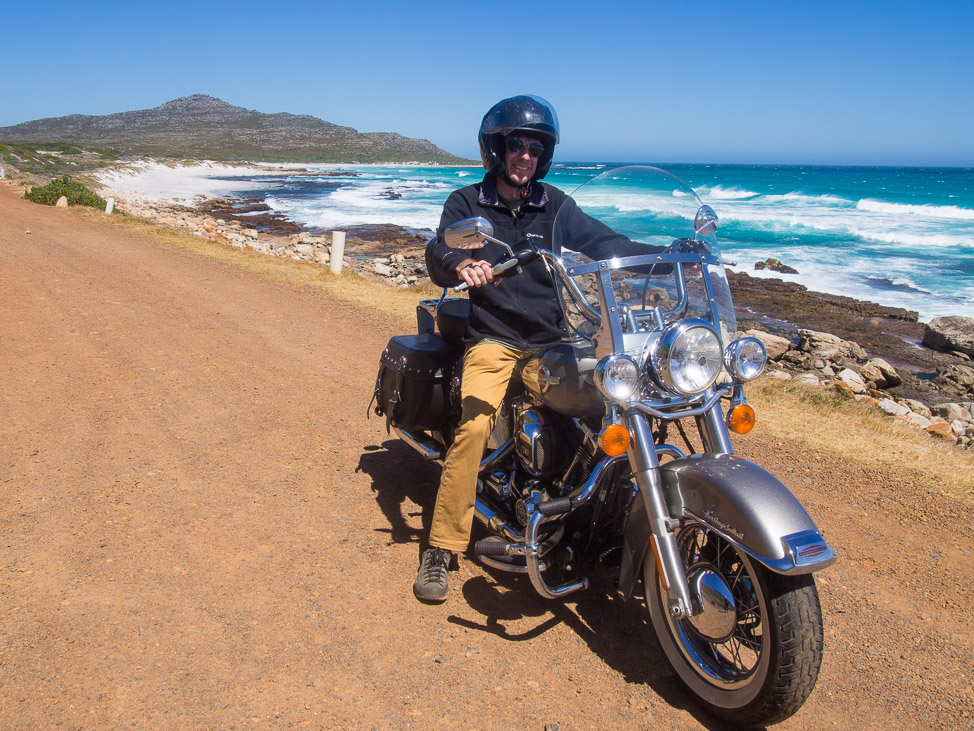 No more do I scour those tiny black and white maps trying to figure out exactly how close our hotel is to the worst trouble hotspots. No more do I wonder exactly how many beers they have in mind when they say “use common sense, especially when walking at night.” No longer do I check the publish date, realize the information is now two years old, and spend the remainder of the time before the flight wondering how much worse things have gotten since.

How ridiculous we are in youth! Instead, these days, I prepare for a trip by Googling “<country> political unrest” or “<place we’re staying> crime” and get up to the minute information on local problems, an experience that has been greatly enhanced by the breathless sensationalist headlines that online news has elevated to an art form.

“Read me”, they shout, “for details of your imminent destruction!”

This is the section in which I tell you that getting over my reluctance has been one of the best things that’s ever happened to me. I’ll talk about how I’ve been within touching distance of wild lions, or sailed in a balloon over the stunning Cappadocian rock formations, or visited Tokyo’s Disney Sea, possibly the greatest theme park in the world (fight me).

I’ll tell you about how it has opened up new business opportunities that have led to a professional satisfaction that I never thought possible, including a successful app business and being paid to stay in some pretty fancy digs.

Except right now I find myself sitting with another pain in my arm from another vaccination in preparation to go somewhere that has a long history of difficult and often violent social upheaval and is still known as a bit of a crime hotspot (lock your car doors!) and I’m, once again, asking myself if London is maybe all I need after all.

This is the section in which I tell you that getting over my reluctance has been one of the best things that’s ever happened to me. 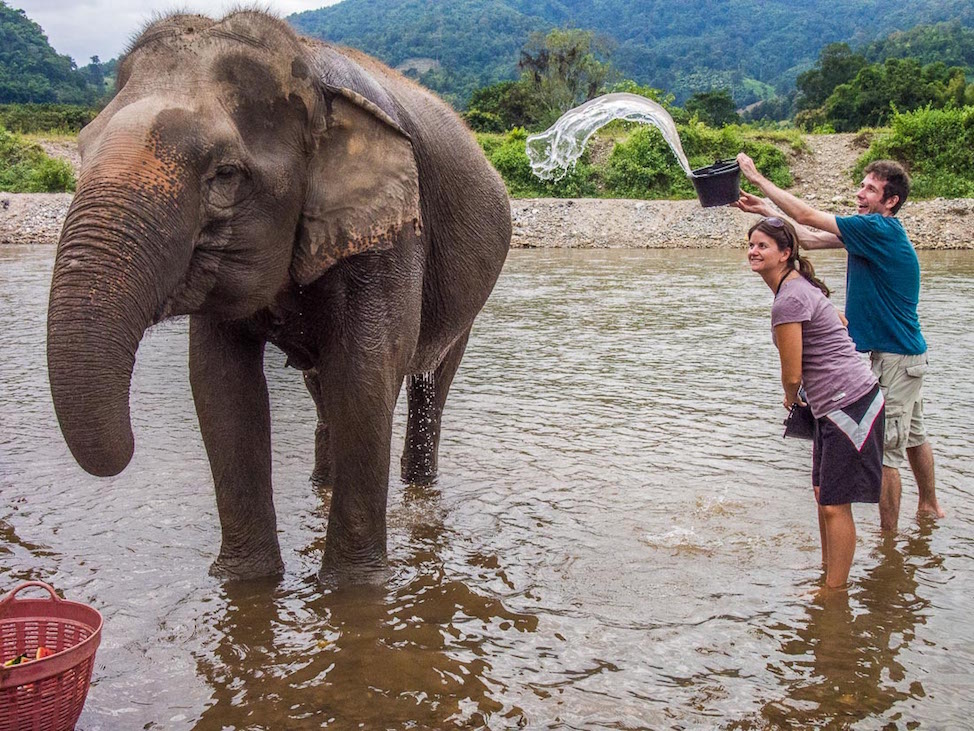 The reluctance never really goes away, it just shifts around a bit. But Erin’s enthusiasm for travel is infectious and her thirst for adventure is humbling and she tirelessly pulls me out into the world even though, at times, I have wanted nothing more than to hide away in whatever hole I’ve dug for myself.

Except it’s not quite that easy and we have fought about it. I know! “Couple That Spend 24 Hours A Day Together For Seven Years In Turbulent Argument Shocker!”

For two people that spend this much time together, in fact, we get on disgustingly well. On our blog we regularly detail our struggles in terms of balancing work and travel, or the personal demons that somehow always manage to find you wherever you are, but we rarely detail the interpersonal arguments we have.

We avoid these primarily because they’ve calmed down significantly since we first started but also because these arguments tend to reveal some of the most embarrassing or shameful aspects of our personalities. I’m sure I’m not alone in this, but I have a tendency to try to deflect or project my own deficiencies onto Erin when we argue or dredge up some unrelated slight that has been unconsciously simmering beneath the surface.

You want an example, don’t you?

Fine. I will throw my flawed humanity on the sword of confession in order that you might turn to your significant other/travelling buddy and say “See? At least I’m not that bad!”

In many of these arguments, I have used the “well you brought me here and ruined my life!” line of attack. Clearly, this is an immensely horrible thing to do to and I am a skin sack filled with shame even writing this.

But as the reluctant one, it’s an easy argument to make. The decision to travel long term is not a small one and I was only half-joking about the compromise. It asks a lot, but there is a difference between being reluctant and being uninvolved. Throwing this argument denies my own agency and puts all of the pressure on the other person, turning them into the scapegoat when things inevitably go wrong—which is when you need someone on your side most of all. Reluctance is natural, but the moment you commit to something or someone in any aspect of life, it stops being an excuse. Using it as a weapon is just being a shitty person, and if you’ve ever done this to a travelling partner, you probably owe them a pretty big apology.

In my defence, I have definitely mostly stopped doing this (at any rate, the apologies have gotten better).

Reluctance is natural, but the moment you commit to something, it stops being an excuse. 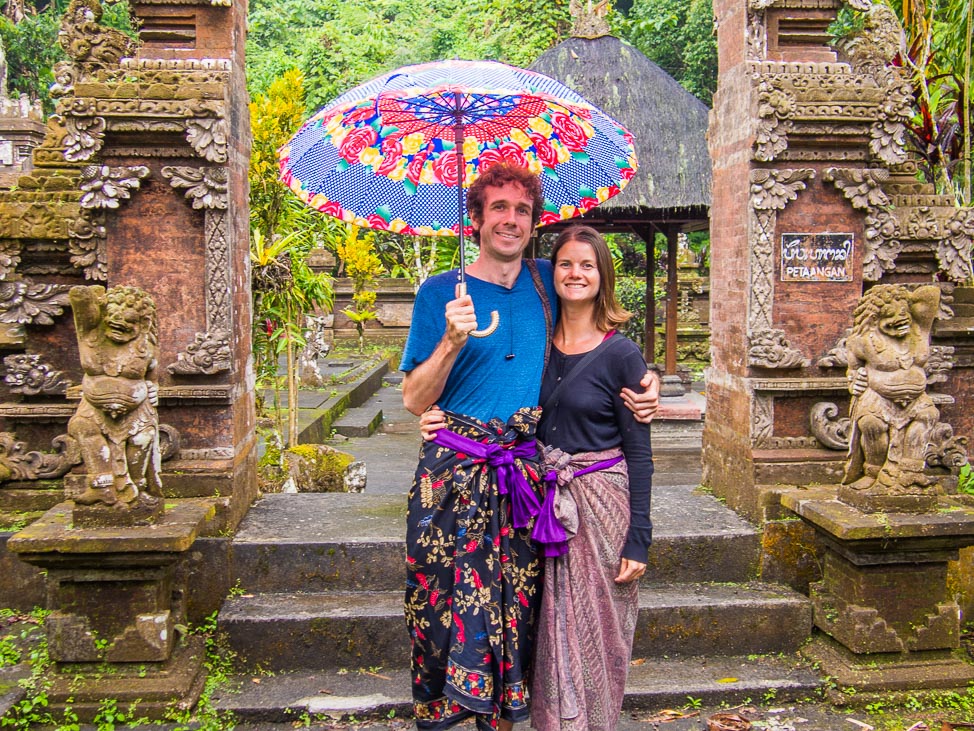 What we have learned from these…minor disagreements…is that it’s often easy to see what the other person in a relationship needs to do to grow and can handle and almost impossible to see what we need ourselves. We resist changes that end up being the most beneficial to us, and (spoiler) this resistance doesn’t really ever go away, especially if you want to keep growing.

We do get more attuned to our resistance. I have in all of our time on the road learned to lean in a bit more when Erin suggests things. I no longer instantly jump to “Why would I want to do that? There’s air conditioning and pizza here!” I consider that, like many experiences before, saying yes to it will lead to many unexpected, and often great, outcomes. The challenges I thought would vex me tend to melt away (and are, instead, replaced by unforeseen challenges that I was not in any way ready for—perhaps this is where the growth is? I don’t know. Either way, it sucks at the time).

I am also acutely aware that, in many ways, I hold Erin back from some of the more adventurous opportunities and my job is to facilitate her ambitions, not indulge my own fears and anxieties.

And so, having resisted it for so long, I have inevitably embraced it, found many great things to enjoy, and now I live a regret-free life of ease and personal satisfaction having conquered all of my human failings.

And so, having resisted it for so long, I have inevitably embraced it. 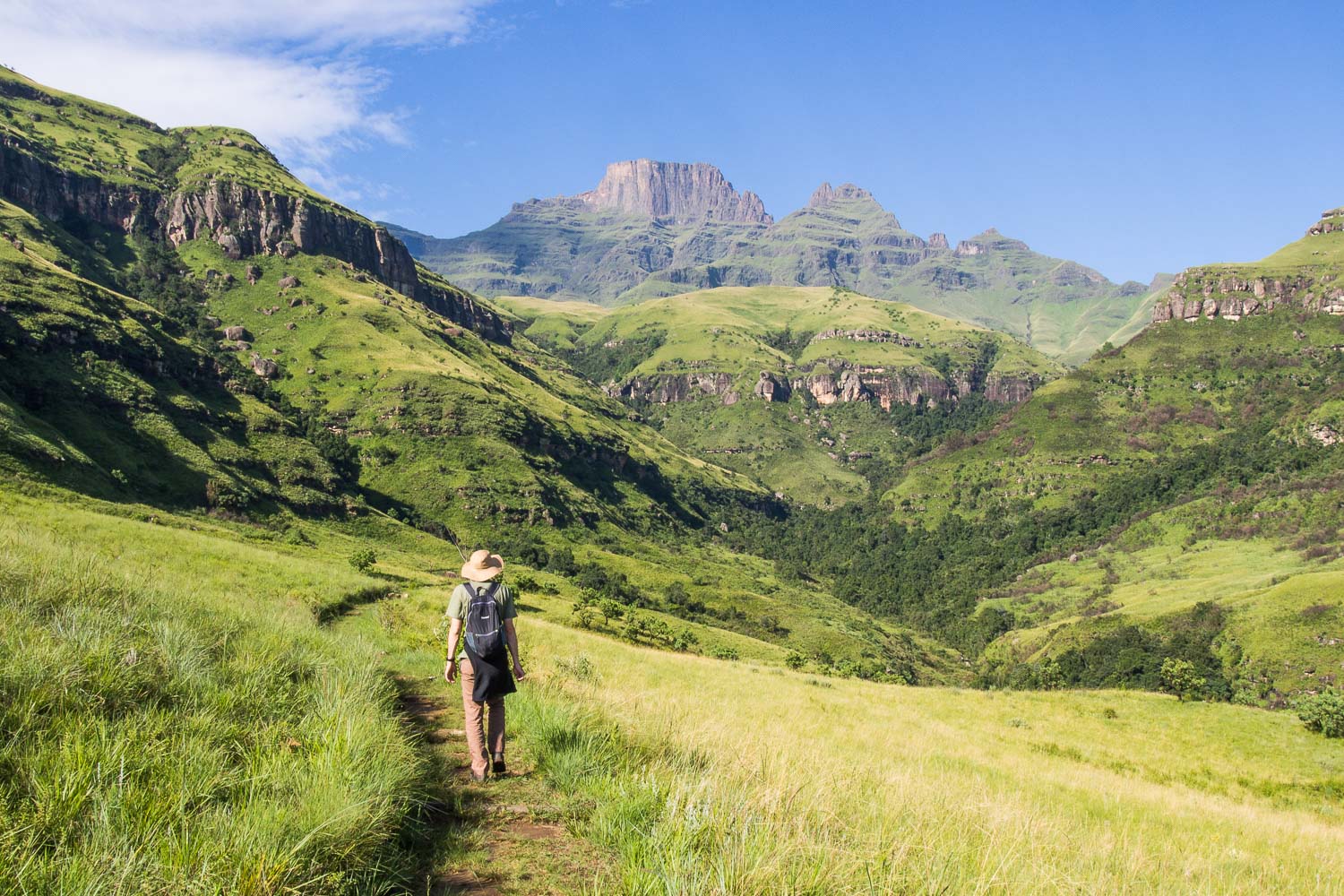 I still struggle with travel. I still read about all the potential dangers—the risk of crimes, illness, and injuries—and it makes me nervous. I still read about the food and the wildly different culture and wonder if I’m going to enjoy any of it. I worry about not speaking the language or making a fool of myself or getting into a situation I can’t easily get out of. I don’t expect this will ever go away—this kind of low-level anxiety runs in our family.

And every time it’s great, with moments of true transcendence—real “this can’t be my life!” moments that I genuinely hope that everyone gets to feel at some point. There are challenges but there are always challenges. A perennial self-help idea is that your biggest problem is thinking that you shouldn’t have any problems. The very best we can hope for in life is to choose as many of these problems as possible and face up to them with as much stoicism and joy as possible, because there are going to be more than enough problems in our lives that we really don’t want and, frankly, choosing to sleep in 25ºC heat without being able to charge my many devices so as not to scare off the elephants is not, in the final analysis, going to be the worst of them.

Being reluctant is OK but I’m learning to not be hostile. I am more vocal with my concerns but I no longer cast blame or aspersions. We look for compromises that are acceptable to us and, if there is no easy compromise, we err on the side of taking a deep breath and stepping into the unknown—a strategy that continues to richly reward us.

I’m still not a natural traveller, but I am beginning to see the appeal. 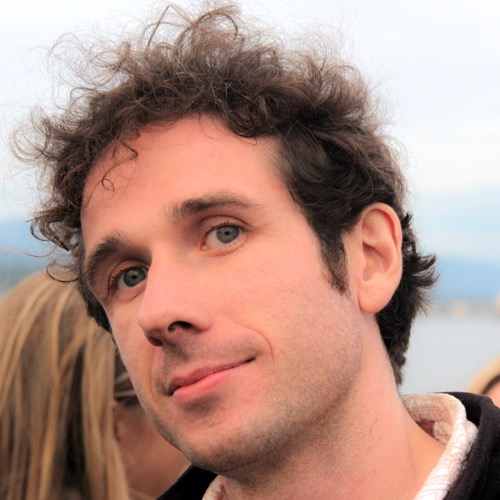 Simon Fairbairn is one half of Never Ending Voyage and creator of the travel budget app Trail Wallet.
Peering Into The Vault A Dog-Friendly Adventure in Colombia
SHARE 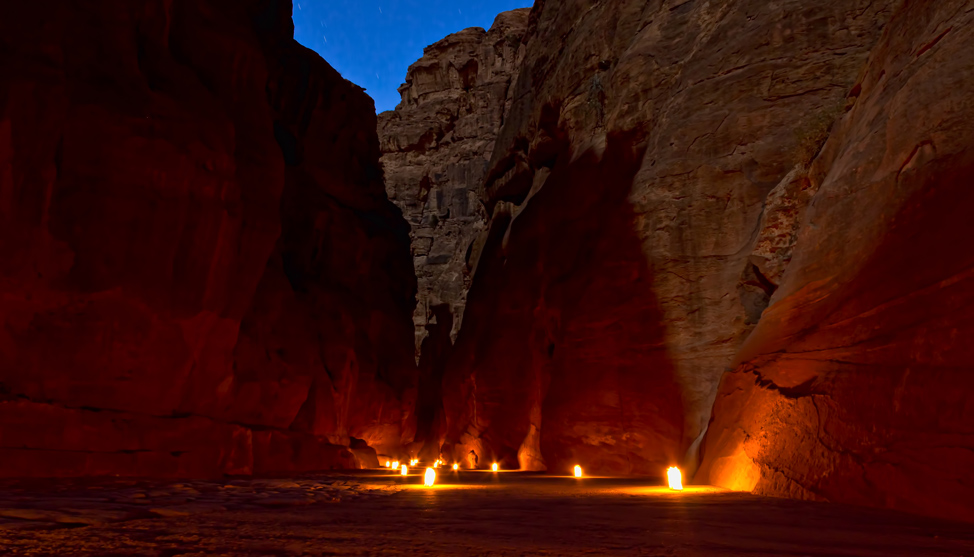