Upon first arriving in the city, I quickly commented on the eeriness of the setting. It’s climate means most days are spent under a shroud of grey clouds, the stonework on the ancient buildings are stained black after years of being subjected to pollution. Tours into the seedy tunnels of the city’s underground are popular, dark statues loom in steamy corners. Imagine the settings to the movies Sweeney Todd or Sleepy Hollow and you’re not far off. 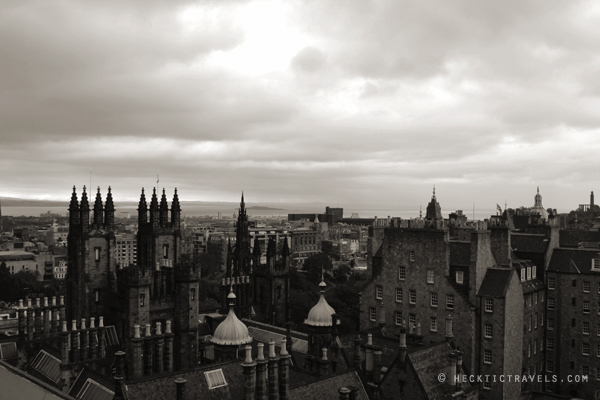 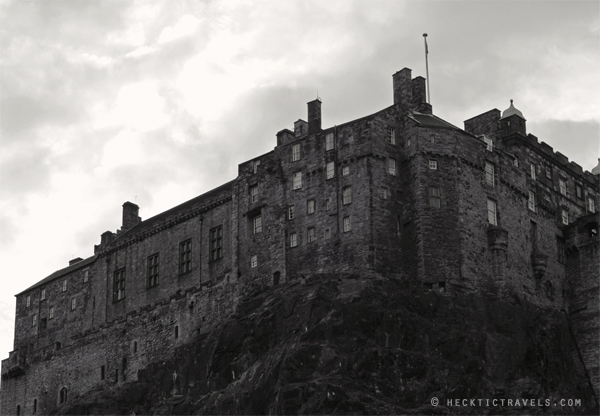 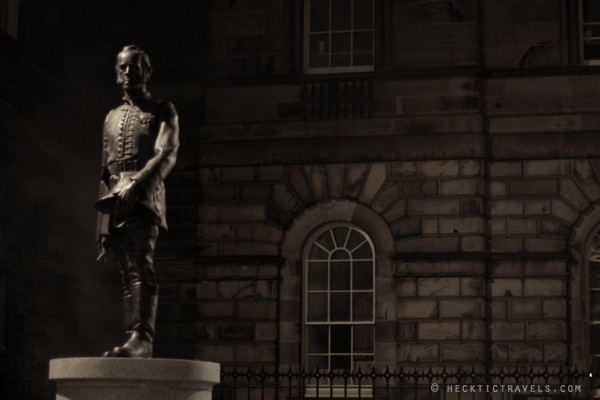 On our first morning, we embarked on a free walking tour offered by our hostel, and found ourselves breathing the heavy air of the nearby Greyfriars Kirkyard – a large and spooky graveyard on the south end of Old Town.  Definition to the age-old terminology of “graveyard shift” instantly gave me shivers. During the 18th century, grave robbing was a serious problem as people dug up bodies to be sold to the nearby medical college for a hefty sum. Some were thus kept in mausoleums or the burial spaces were encaged in steel bars to protect the graves. Those that couldn’t afford such extravagance to protect the deceased instead worked the graveyard shift to stand guard over their loved ones. 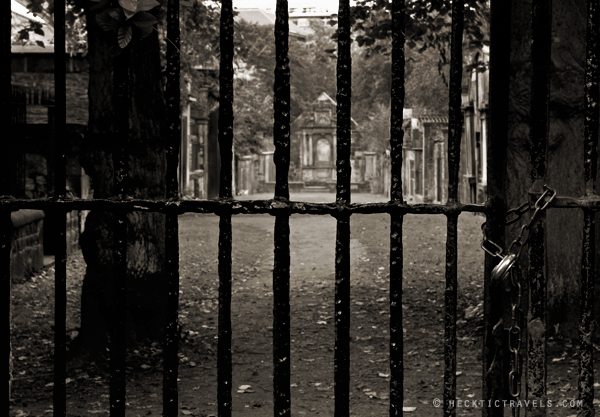 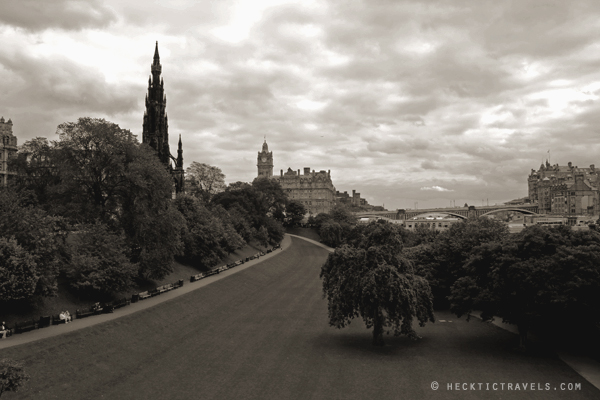 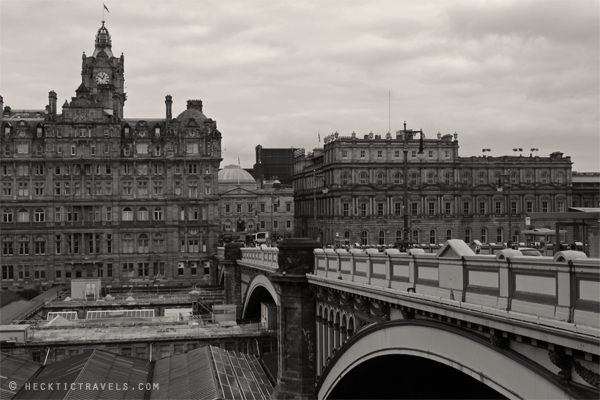 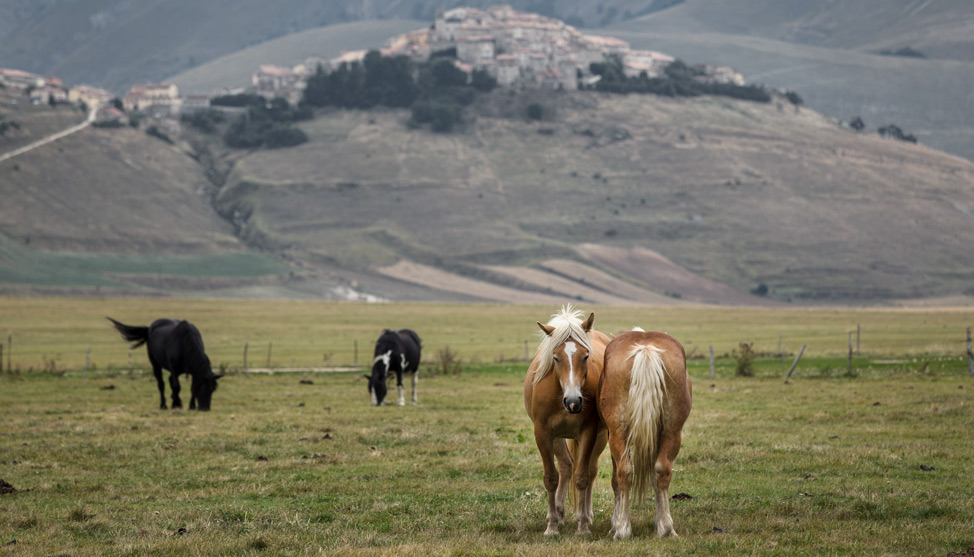